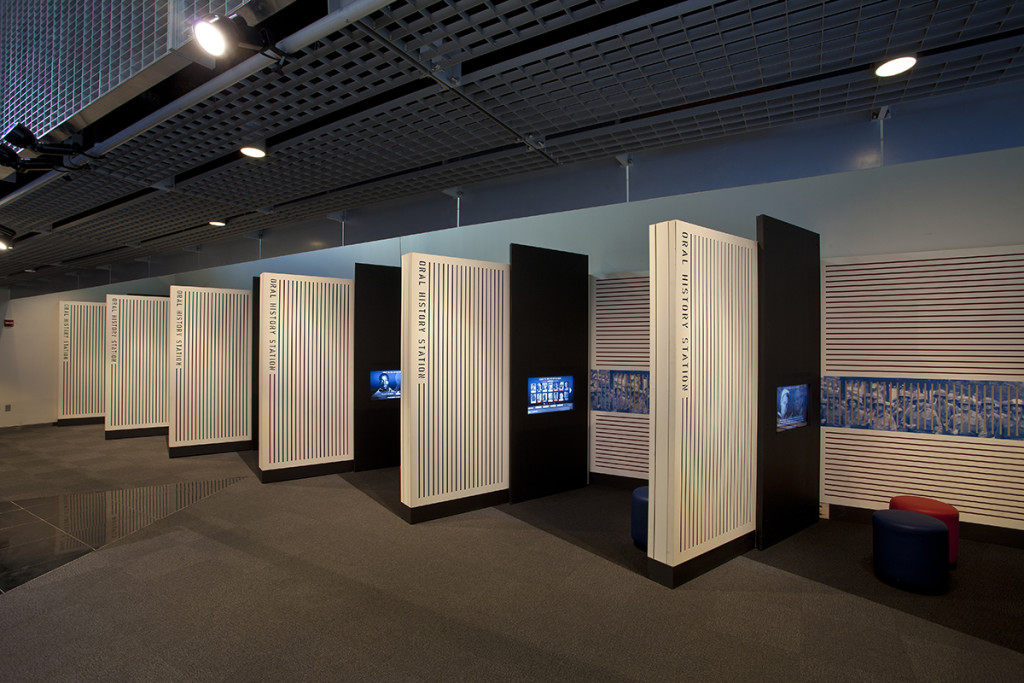 The Voices of Courage oral history exhibit within US Freedom Pavilion: the Boeing Center allows visitors to hear the stories of life in World War II told by veterans themselves. The focus of these tales of courage are on the universal themes of Why We Fight, Experience of War and Military Life. These personal accounts from the Museum’s expansive collection are inspirational, emotional and sometimes even humorous. The words of these humble eyewitnesses to history make it clear to visitors that the war was fought by real men with faces and personalities — a lesson made even more poignant by the fact that so many did not get the chance to grow old and so many more have left us without sharing their experiences.

The Voices of Courage oral history exhibit in the US Freedom Pavilion: The Boeing Center has been made possible by a generous gift from Superior Energy Services, Inc. 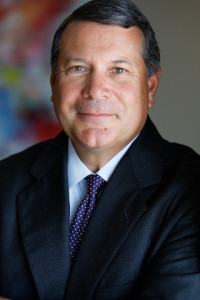 Superior Energy Services, Inc. has been a loyal supporter of the National WWII Museum since 2003, only three short years after the Museum’s opening. The company, with President & CEO David Dunlap now currently at the helm, was created in the mid 1980s by Terence Hall, a Tulane graduate and active Trustee of the Museum since 2010. The company provides specialized oil field services to companies operating in the Gulf of Mexico, US mainland, and further afield. It sells and rents oil and gas well drilling equipment and offers tools and services worldwide, including in Canada, the Middle East, Trinidad and Tobago, the UK, Venezuela, and West Africa. The company furnishes well access services to acquire data and perform remedial activities. It also makes, rents, and sells specialized drilling and spill containment gear.

Superior Energy Services first got involved with the Museum due to a common denominator: the two entities shared Board members. Founder and current Chairman of the Board of Superior, Terence Hall, and Board member Harold Bouillion both serve on the Board of Trustees for The National WWII Museum. Bouillion has supported Museum travel programs, the Museum’s annual Victory Ball, as well as the Road to Victory Capital Campaign. Hall has graciously named the American Counterattack exhibit within Road to Berlin, the first floor of Campaigns of Courage: European and Pacific Theaters that opened in December.  In addition to the generosity of these two leaders at Superior, former President, Kenneth Blanchard,  has also sponsored the Siege of Bastogne exhibit within Road to Berlin in honor of his father, Don Blanchard.

Speaking on the strong involvement and relationship that Superior Energy Services has built over the years with the Museum, David Dunlap states that Superior likes to “support the things that our employees or directors are personally involved with,” which is evident based on the leadership’s philanthropy.

Dunlap and the company were particularly drawn to supporting the Museum’s Capital Expansion program. He noted that, with a company of over 14,000 employees, many of them “have some former military background,” making the Museum “a very good fit.” Dunlap went on to say that Superior Energy Services prides itself on being an “exceptionally patriotic company,” and that witnessing the expansion of a Museum of such high quality in a location where the company first grew its roots, made it a very attractive connection.

Mr. Dunlap, whose father-in-law fought in the Army Air Corps and was shot down over Switzerland during the war, first visited the Museum with his family in 2008. He stated that, after an amazing three or four hour visit through the Louisiana Memorial Pavilion and main galleries, they were heading out the front door when one of the docents grabbed his son by shoulders and asked “Hey, Buddy — got a light?” This sparked a twenty minute conversation  between the WWII vet and Dunlap’s family, as the volunteer walked them through his personal account of D-Day and the difficulty he had readjusting to normal life when he returned home.

After Dunlap and his family left the museum, he said that they walked about half a block, then he turned to his son and said, “You may live to be a really old man and never meet someone as interesting as that guy.” Dunlap states that preserving oral history accounts, such as this one, was a key factor in Superior Energy Service’s choice of sponsoring the Voices of Courage exhibit in the US Freedom Pavilion: The Boeing Center.

Dunlap went on to say that, if he could speak to other donors considering giving to the Museum, he would tell them that they would be “investing in an institution of exceptionally high quality.” He believes strongly that when considering a donation and factoring in how your gift will be put to use, that it is important to consider whether the organization will be a good steward.  He is gratified that Superior Energy Service’s involvement with the Museum has been, and continues to be, an incredible experience.  The Museum is gratified to have the commitment and generous support of this fine company and the outstanding individuals who comprise its leadership.