After learning about the Air War within Road to Berlin: European Theater Galleries within the future Campaigns of Courage: European and Pacific Theaters, visitors will come upon the critical moment of the War in Europe – the invasion of Normandy. After a massive buildup of forces, equipment and supplies in England, the Allies launched their long-awaited invasion. 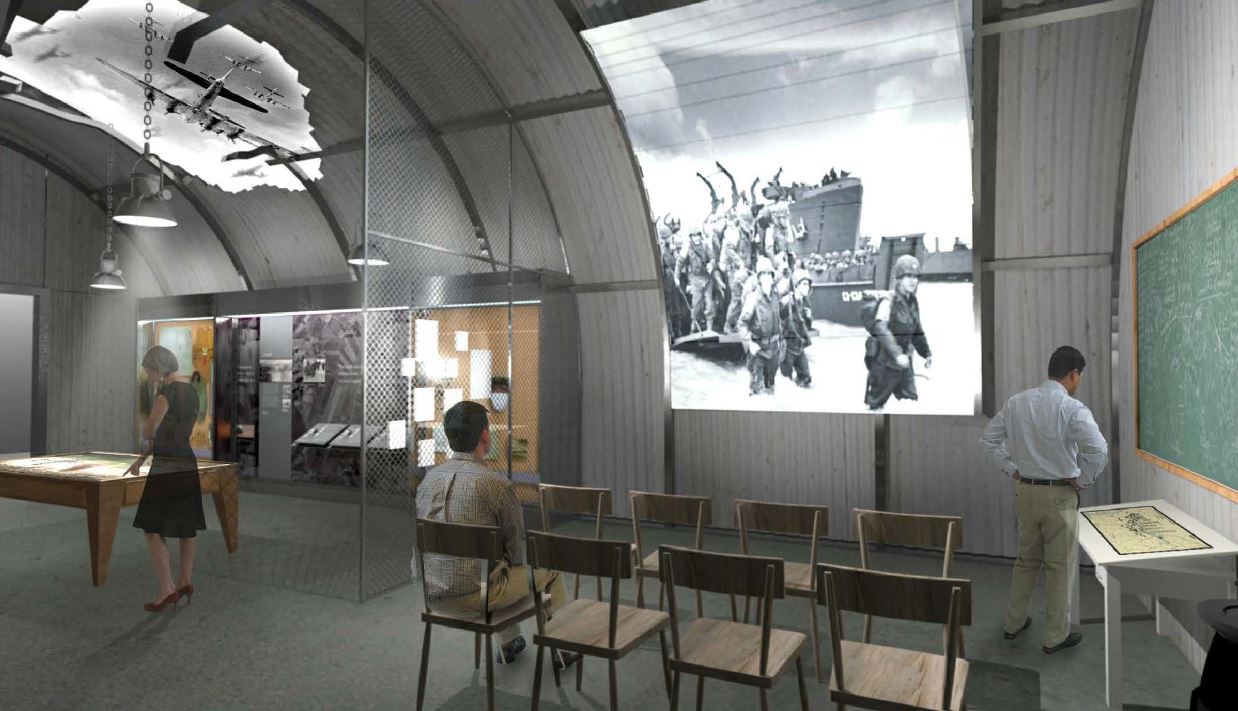 Rendering of the D-Day Theater and Film

In order to tell this fascinating story but not replicate a major D-Day exhibit in the Louisiana Memorial Pavilion, the Museum has created a bold new D-Day Film that will capture the courage and sacrifice of many thousands of men on D-Day, allowing the Allies to secure the beachheads and start their drive across France. This looping video will prepare visitors to enter Normandy and race across France with the Allies in the next major gallery. But before visitors pass the beaches, they will have a glimpse of the aftermath of D-Day through a small exhibit dedicated to the soldiers who were killed on the beaches. 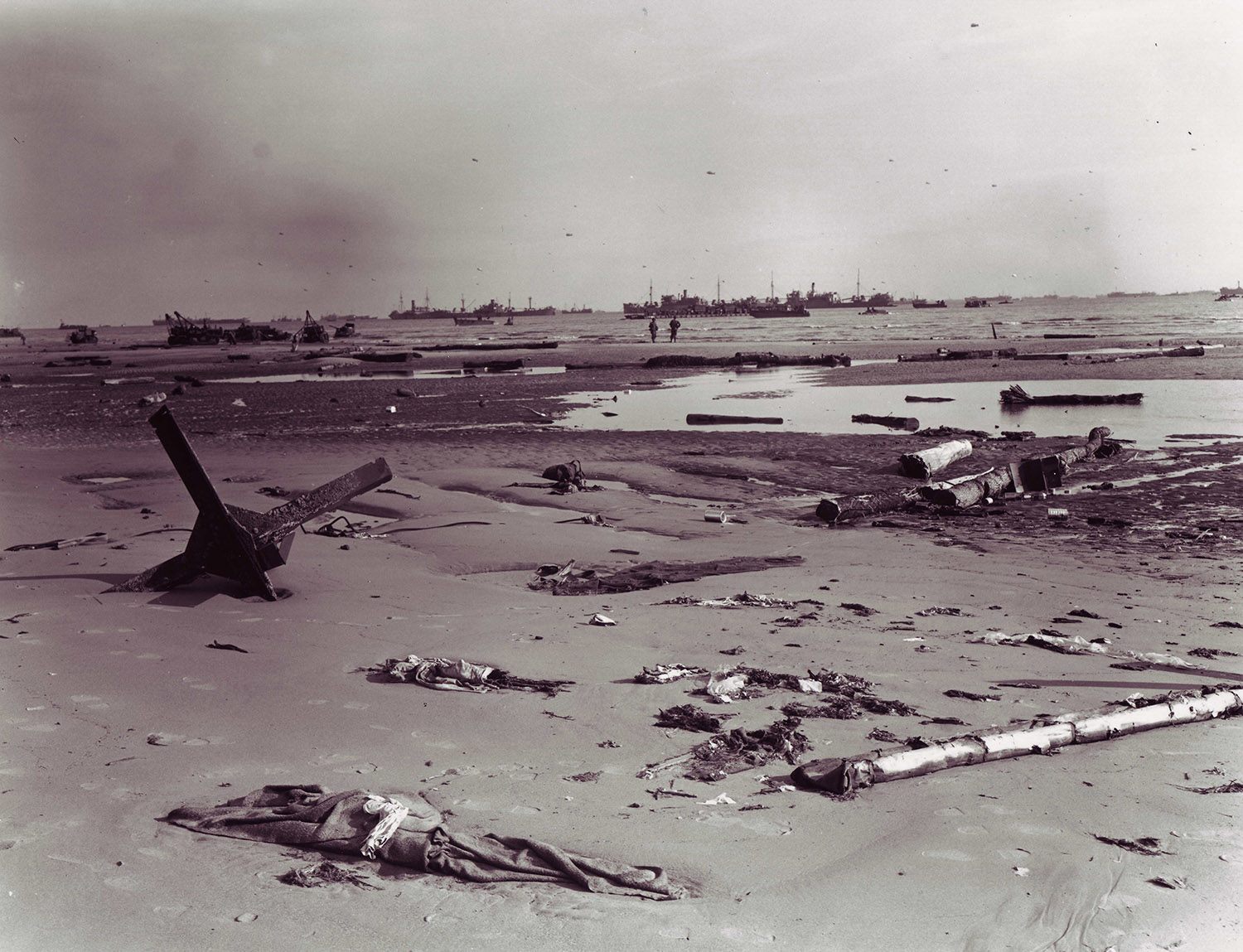 Official U.S. Navy Photograph, now in the collections of the National Archives.

The D-Day Beach exhibit will serve as the emotional bridge between D-Day and the Allies experiences in France. The exhibit will include an iconic photo of the Omaha Beach after D-Day, artifacts that convey the great sacrifice of the soldiers, and Ernie Pyle’s dispatch from the aftermath of D-Day, “A Long Thin Line of Personal Anguish.” Ernie Pyle was an American journalist who followed US troops through battles and dangerous situations to be able to report on the war and the heroic efforts of the soldiers. His dispatch provides introspection and illustrates the loss of life on the beach following D-Day, expressing the true sacrifice that American soldiers made to liberate France and Western Europe from Nazi Germany. 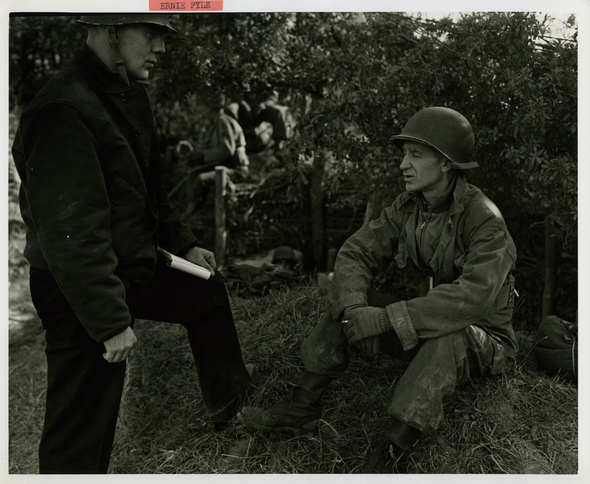 Up next- Northern Europe: Breakout and Liberation gallery