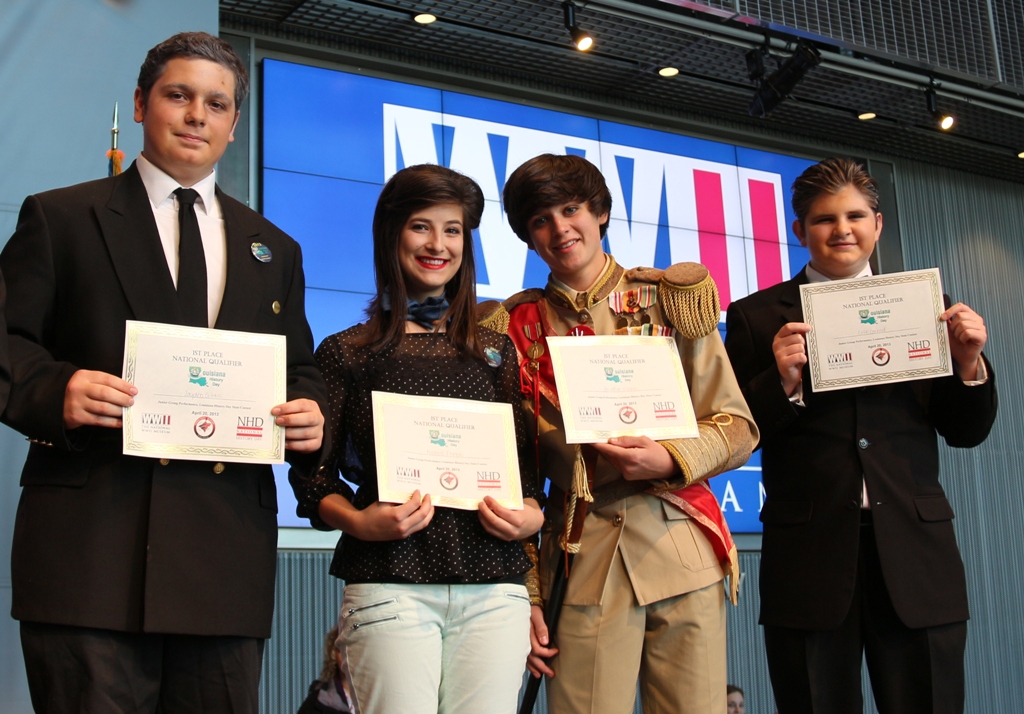 Long-time donor The Selley Foundation is featured in this month’s donor spotlight! We spoke with Denis McDonald, Chairman of The Selley Foundation’s Board of Trustees, to learn more about why they have generously given in support of our mission for nearly a decade. Read on to find out how The Selleys wound up in New Orleans after growing up in Budapest, and why they enthusiastically support National History Day.

Q: How did The Selley Foundation get started? Where did the foundation’s history begin?

The seeds for the foundation were planted in the 1930s in Budapest, Hungary. Paul Selley was a young lawyer and his wife, Elizabeth, was a PhD in anthropology. In 1937, they saw the coming dangers in Europe and immigrated to New York City where they lived until after World War II.

Elizabeth’s brother, Steve Danos, had immigrated to New Orleans for the shrimp business, and in the late 1940s he convinced Paul and Elizabeth to come to New Orleans and help them with the business. By 1970, Southland Canning, the name of their company, was the largest shrimp and oyster canner in the United States. Shortly thereafter, it was sold to PET FOODS for about 7 million dollars. Paul retained his PET FOODS stock, which was worth about $3.5 million, and low and behold a few years later PET FOODS was bought out by IC Industries for double the price. Paul now had $7 million in cash. He invested it wisely and by the time he died in 1995 he left $13 million to fund The Selley Foundation.

Since his death, the foundation has given away over $5 million and its net worth is close to $20 million.

Q: How did The Selley Foundation first become involved with The National WWII Museum?

Shortly after The Selley Foundation was started in 1989, Paul served with Louis Freeman on the board for the New Orleans Museum of Art. He recognized Louis’s ability with investments, so Paul asked me if I would solicit Louis to become a Selley board member. It was the easiest selling job I ever had. Louis agreed immediately and has served ever since. One might say that it was Louis Freeman who made The Selley Foundation board aware of the mission of The National WWII Museum, since he has also served on the Museum’s board for quite some time.

Q: The Selley Foundation has sponsored a range of Museum initiatives, including Louisiana History Day, an endowment for collections and exhibits, and our Road to Victory Capital Campaign. What about The National WWII Museum’s work helps fulfill The Selley Foundation’s mission?

The Selley Foundation’s stated mission is to assist in the areas of education, arts, and culture. There is no question that Paul and Elizabeth were most interested in Europe, their homeland, and the role that D-Day played in securing liberty and freedom in many countries of Europe and eventually Hungary. The Museum fits the bill. The Selley Foundation’s sponsorship of National History Day is a double whammy. Paul and Elizabeth would be most proud to see the history projects of these young, inquisitive minds. Their results on the national stage are outstanding.

Q: On behalf of The Selley Foundation, what are the ways that you have seen the foundation’s investment lived out through the Louisiana History Day competition?

Paul and Elizabeth left some notes to future Trustees and it is clearly stated that their interest is to influence young minds to achieve excellent education and knowledge. I have witnessed several of the projects and talked with some of the young and knowledgeable researchers. National History Day clearly fits the mission of the vision that the Selleys had.

Q: Can you share with me any of the interactions that you have had with some of the participants and beneficiaries in the competition?

The young Aiden Edler from Chalmette, Louisiana. I was extremely impressed with him. I vividly remember Aiden and his exhibit on the Berlin Wall and how it changed history. I was impressed that he was only a 6th grade student at the time of competition, the lowest grade level allowed to compete. His age was overshadowed by his expertise.

Q: How does it feel to know that with The Selley Foundation’s support this program has grown from 189 participants in 2011 to over 1,200 in 2013, including 70 national qualifiers?

The regional growth in the number of participants and the large number of national qualifiers is amazing. Paul and Elizabeth would be very proud of this sponsorship. Our Board of Trustees is also pleased.

Q: How does The Selley Foundation want to be remembered?

The Selleys and their foundation would be honored to be remembered as having encouraged and assisted young students in becoming curious, educated, thoughtful, and responsible adults. When Paul wanted to compliment someone he would say that he or she was a good citizen. That was his way of giving the ultimate compliment. He would be proud to have assisted so many good citizens.

We are thankful for The Selley Foundation’s commitment to the Museum’s programs. Their generous support ensures that we can advance our mission to tell the full story of the American experience in the war that changed the world.

Click here to find out more about how to participate in the National History Day competition. 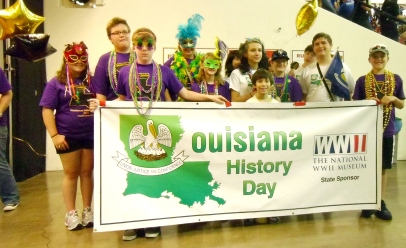 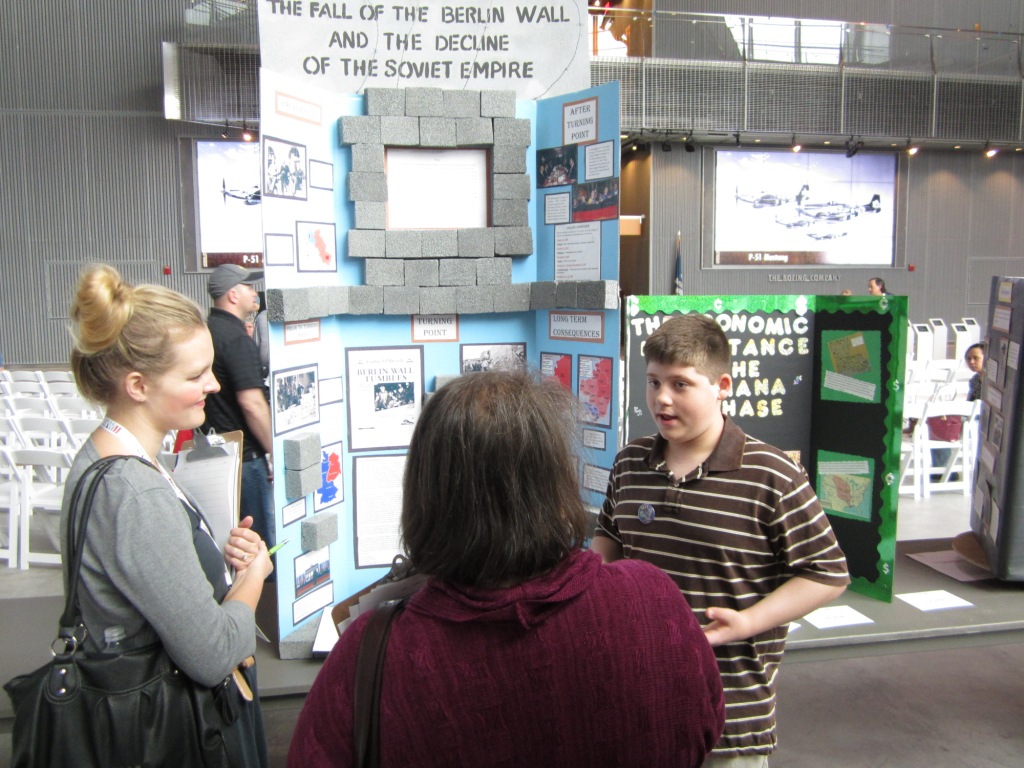 Aiden Edler is currently a 7th grade student from Andrew Jackson Middle School in Chalmette, Louisiana. Here he answers questions about his exhibit on the Berlin Wall and how it changed history.