The National WWII Museum offers a variety of opportunities to travel in the footsteps of those who fought. This blog is part of a series devoted to an April 2015 trip which brought Museum staff and volunteers, to the scenes of the Battle of the Bulge. One of the largest and costliest battles the US Army would fight, the Bulge was Hitler’s last desperate attempt to stop the Allied drive in western Europe in the cold winter months of December 1944 and January 1945. Nearly one million soldiers were engaged during the six-week battle, resulting in 67,000 American and more than 100,000 German casualties.

Eleven of the 67,000 casualties were African American soldiers, members of the segregated 333rd Field Artillery Battalion (FAB) who were murdered by the 1st SS Division against the rules of the Geneva Conventions for the treatment of prisoners of war. Seven of the Wereth 11 are buried at Henri-Chapelle American Cemetery which our group visited on Day 1 and which is the subject of the first blog post in this series. 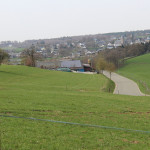 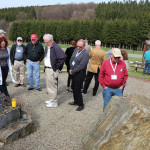 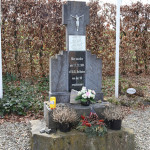 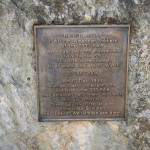 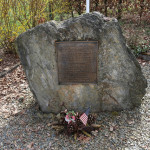 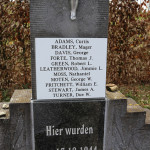 On December 17, 1944– the second day of fighting during the Battle of the Bulge– most of the 333rd FAB was overrun by the Germans (along with the 106th Infantry Division who they were supporting) and were taken prisoner. Eleven managed to escape capture and after walking through heavy snow for miles with the hope of making it back to American lines sought shelter at a farmhouse in Wereth, Belgium. The family brought them inside and offered hot food, but this shelter lasted only a brief moment, as it is thought that they had been exposed to the SS. They were marched into a field where they were brutally beaten and finally, killed. Their corpses would remain in the field, covered in ice and snow, until early February. This war crime would be part of a series of war crimes perpetuated on prisoners of war and on civilians known as the Malmedy Massacre, which counted nearly 500 victims.

The Museum will highlight African American service and sacrifice in our upcoming Special Exhibit, Fighting for the Right to Fight: African American Experiences in WWII. Stay tuned for more in the series on the April tour of Museum staff and volunteers to the Ardennes region. For more information about the tours offered by the Museum, see The National WWII Museum Tours.