On 18 October 1942, the Führer himself issued the Kommandobefehl, or Commando Order. Based on previous successes of Commando-spearheaded surprise attacks such as the Raid at St. Nazaire, Hitler realized the enormous potential of British Special Forces in particular (though the ordered applied to all Allied belligerents) to cause massive disruption to German military superiority in Europe. Even with the Dieppe Raid proving a total disaster, its failure was not caused by a lack of competence of the soldiers on the ground, but more so by the inability to complete pre-invasion bombardment and other factors out of the control of those involved.

The order was justified by the Germans through rumors–the veracity of which remains unclear–that British commandos or “sabotage forces” had on more than one occasion tied up German prisoners of war, which itself went against the Geneva Conventions, and therefore legitimized the radical Commando Order. Regardless of the supposed rationality behind the order, it was treated as top secret and only to be seen by the highest command.

What the order called for went completely against the Conventions regarding the handling of prisoners of war. Hitler’s decree ordered than any commando encountered by German forces was to be turned over immediately to the Gestapo or SD, whether he surrendered or not, and regardless of if he was in uniform or plain clothes (typically, those in plain clothes were considered spies and were therefore not protected by the Conventions), or else-wise to be completely “annihilated” in battle  Once turned over to the German intelligence and police units, these “prisoners” were generally sent to camps for execution. Any German officers who did not obey said order would be tried by military courts. The Nuremberg Trials would find this order, not surprisingly, a war crime and many of those who carried it out were convicted and sentenced to death.

September 21 is dedicated to remembering the service and sacrifice of prisoners of war and those missing in action.

Our upcoming special exhibit, Guests of the Third Reich: American POWS in Europe, on view from November 11, 2012 – July 7, 2013, will feature the words, drawings and stories of those men held prisoner by Germany during the Second World War. The exhibit takes its name from a journal kept in a POW camp by Major Newton Cole, a Chemical Officer with the 29th Infantry Division. Below, on the second page of his journal, Cole describes his capture near St. Lô, France, thirteen days after the invasion of Normandy. Cole became one of 1,500 prisoners at Oflag 64, a POW camp for American officers near Szubin, Poland. 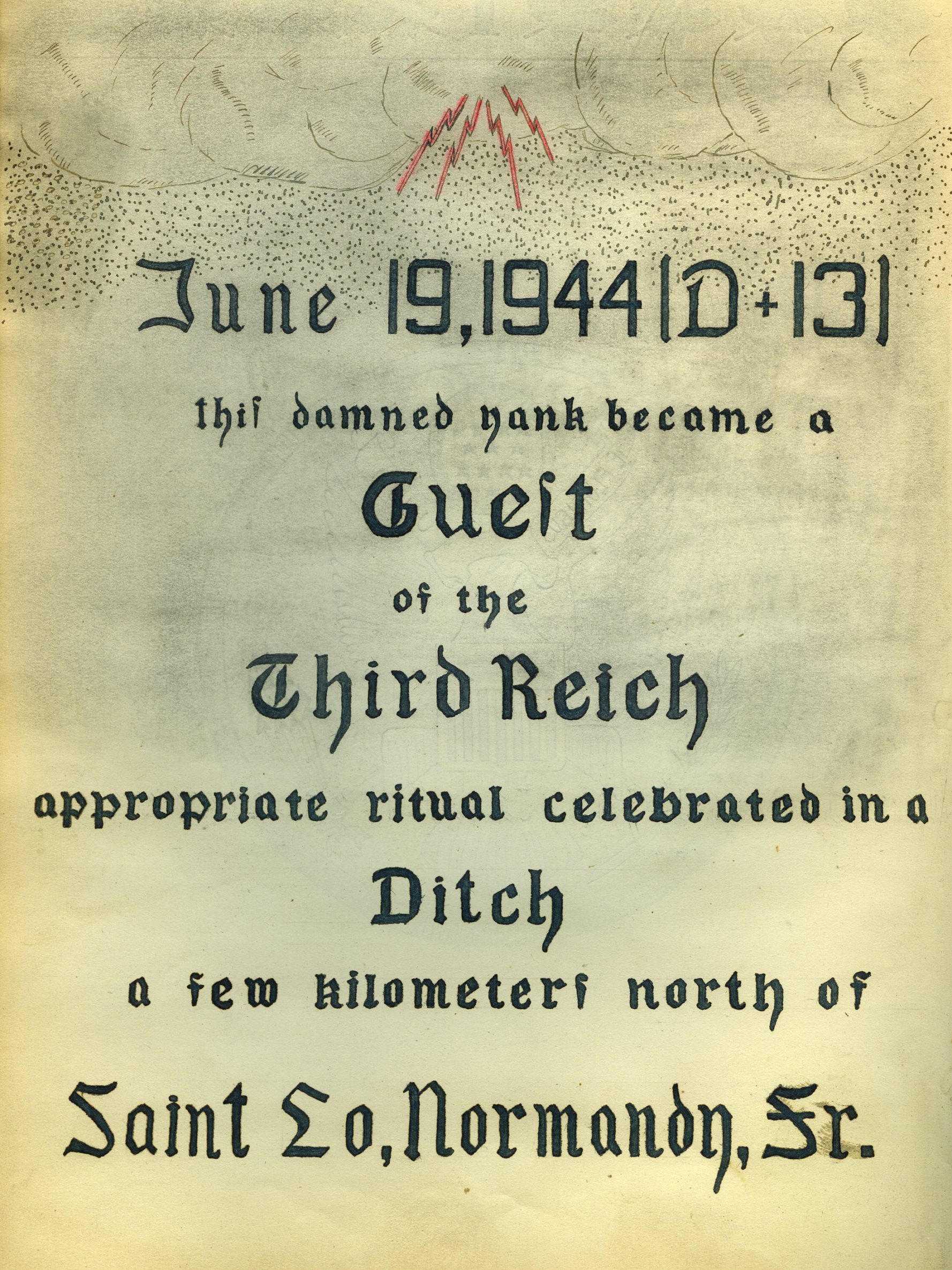 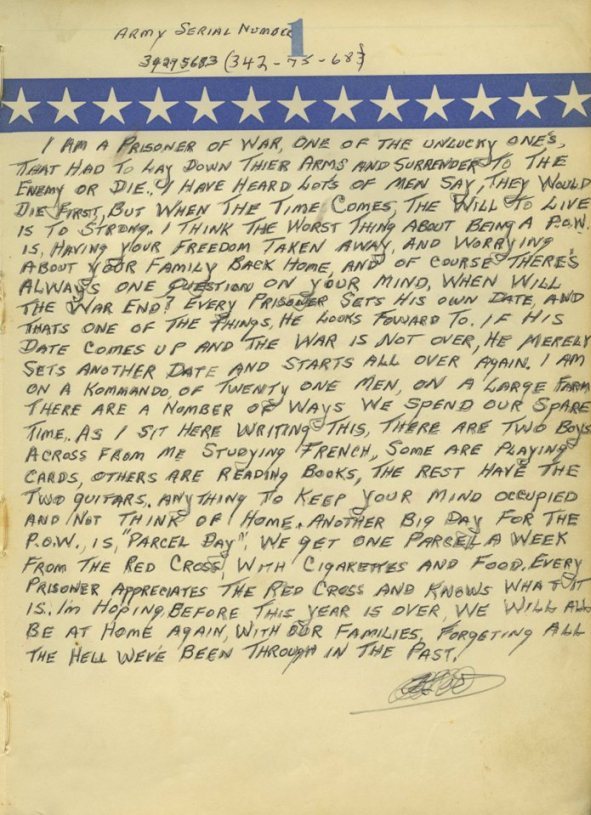