In what some historians have called the original mission impossible, a small unit of Commandos achieved the unthinkable. On 28 March 1942, the British made a daring raid on the Normandie Dock at St. Nazaire in German-occupied France. The why’s and how’s of the Raid on St. Nazaire make this a heck of a story, but the fact that the plan was ultimately  a success is the most incredible part of it all.

Hitler instituted his naval “Plan Z” in early 1939, calling for a massive augmentation of the Kriegsmarine for the sole purpose of being able to challenge the Royal Navy. U-boats were threatening Allied supply lanes from the United States to Britain, routes which if destroyed would render Britain unable to wage war. Since American’s entrance into the fight just several weeks before, U-boats had crept inward toward the Eastern coast, wreaking havoc on merchant ships and sinking millions of tons of supplies.

In addition to the threat on Atlantic supply routes, the Allies had experienced repeated heavy losses in Asia with Japanese victories over Singapore & Malaya, and the evacuation of MacArthur from the Philippines. The United States was still reeling from the attack on Pearl Harbor, and hadn’t quite recovered enough to fully join the British in the fight. Churchill was desperate for a success. Aside from the knowledge of Hitler’s cancellation of Operation Sealion—the planned invasion of Great Britain—there had been no good news for the Brits since the end of the Battle of Britain.

And perhaps the greatest naval threat of all, the German battleship Tirpitz forced the Royal Navy on its toes, having to dedicate much of its fleet to the containment of the Tirpitz in Norwegian waters where it was bullying merchant convoys to the Soviet ports of Murmansk and Arkhangelsk. On several occasions, the Brits unsuccessfully tried to lure Tirpitz into a fight in the hopes of knocking her out preemptively. When that strategy failed, there was one alternate course left: to destroy the Normandie Dock at St. Nazaire—the only Atlantic dock large enough to hold the 45,500-ton Tirpitz for repairs and maintenance. In so doing, the kriegsmarine wouldn’t be able risk sending Tirpitz into the Atlantic without the availability of a dock. 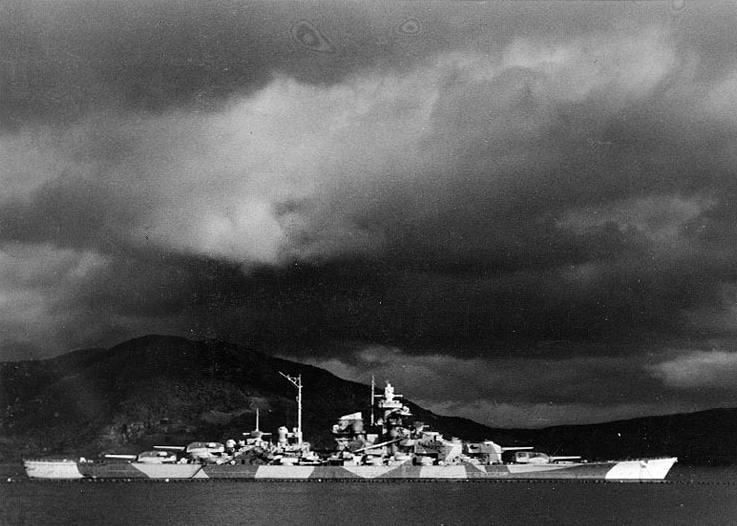 A view of the German battleship Tirpitz in Norwegian waters.

The plan, known as Operation Chariot, was instituted by Lord Louis Mountbatten in late January 1942. He was not the first to suggest targeting St. Nazaire, but the idea had been repeatedly shot down by military brass who believed it impossible and therefore a waste of time and resources. Mountbatten, however, believed that “It’s the fact that it is regarded as impossible that makes it possible; the Germans will never think we’ll attempt it.” The job was given to the Commandos, a unit less than two years old, disliked by much of the regular military who saw their independence as a lack of discipline, and who resented that the best of the regular army units were recruited for Commando units. Nevertheless, Commandos received unique and specialized training meant to give them supreme confidence, the ability to fight independently, and first and foremost to conduct small-scale offensive raids in occupied territory. The group and its tactics were a favorite of Churchill’s.

Mk. 1 Bren light machine gun, a favorite weapon of the Commandos who revolutionized the use of the weapon, firing it from the hip rather than the standard manner of firing from the ground.  National WWII Museum, 2005.023

British intelligence on the topography and layout of the dock facilities was vast, including aerial reconnaissance photos and even detailed renderings of the interior and underground elements of the dock area. In just nine days, the HMS Campbeltown (previously an American WWI-era destroyer known as the USS Buchanan) was metamorphosed to resemble a German destroyer. The idea was that a task force of a few hundred Royal Navy personnel and British Commandos would slither into the Loire Estuary on the incognito Campbeltown flying the German naval ensign, complete with a captured code book enabling the communication of their supposed friendliness to the Germans. The Campbeltown, stuffed with several tons of the explosive Amatol, was to ram into the 1,500-ton gate of the Normandie dock and blow it to bits. The pump station which controlled the rise and fall of the dry dock’s water, and the winding houses which controlled the opening and closing of the caissons or “doors” of the dock were also targeted for destruction.

Despite being well-prepared, the raid didn’t go exactly as planned. The Commandos, however, were prepared for the unexpected. Late on 27 March, Royal Air Forces bombers were supposed to serve as decoys, bombing random but clear  targets to the east of the dock in order to detract from the German forces guarding the coast in 80 or so gun emplacements. Since it was a cloudy night, however, the bombers dropped far fewer bombs than intended for fear of harming French civilians. So instead they hovered suspiciously over the area, alerting the Germans that something wasn’t quite right. Though the Campbeltown was initially surprisingly successful at entering the estuary at around 0100 hours on the morning of 28 March, the bizarre behavior of the bombers gave them away. The Campbeltown was now under fire from German coastal and railway guns. Swapping out the German ensign for the White Ensign of the Royal Navy, the Campbeltown rammed the dock gate just a few minutes behind schedule, though her bombs would prove to be several hours tardy.

The Commandoes disembarked from the beached destroyer, heading immediately to the secondary targets. The pump station and winding houses were successfully taken out. The surviving Commandos headed to a predesignated rally point where they were to board several mahogany Motor Launches that would transport the home. These small wooden boats were particularly vulnerable, and many of them were easily destroyed by German gunfire; fuel burned on the surface of the water. This left the remaining 120 or so wounded and exhausted Commandos to face 5,000 well-armed and alert Germans. By dawn, the fighting was over. While the cost was high in terms of loss of manpower, all targets were successfully destroyed—the Campbeltown’s explosives eventually destroying the main gate a few hours later than intended—rendering the Normandie Dock at St. Nazaire useless, and thereby keeping the Tirpitz out of the Battle of the Atlantic. The success was a huge morale boost for the Brits, as well as the French who were finally given a sense of hope.

The Raid on St. Nazaire resulted in the awarding of five Victoria Crosses, the most VC’s given for a single action during the war. The success of the raid infuriated Hitler, and in response he ordered that any Commandos captured in the future were to be immediately executed as spies and terrorists. The US military, on the other hand, was so impressed with the unique capabilities of Commando units that they soon created similar units in the American military, known as Rangers, who were trained by British Commandos in Scotland. The Tirpitz would be sunk by RAF bombers in 1944. 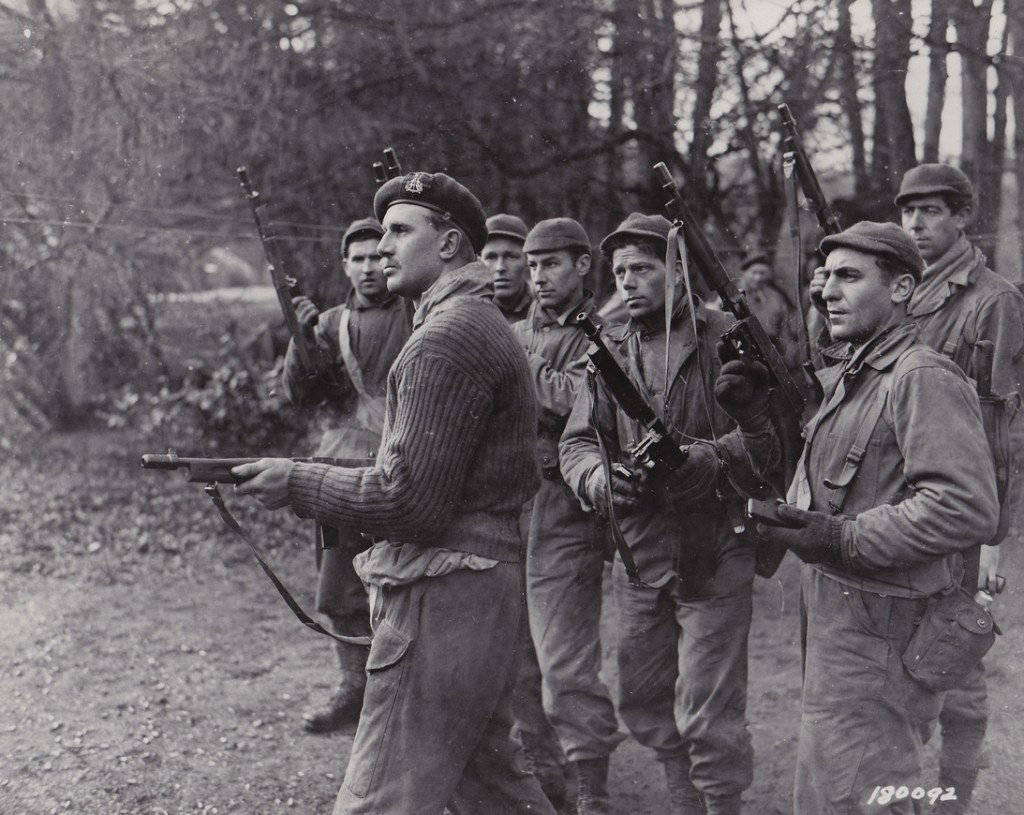 One Response to “Operation Chariot: Commando Raid on St. Nazaire”

I find this event very interesting the best bit was that the Germans thought the raid was a failure when the ship didn’t explode straight away and we stood on the ship when the explosives went off must have been quiet a sight for the commandos as they were lead away to prison camps.