At a time when a ‘computer’ was a job title, most numerical calculations during the 1930s and 1940s were made by men and women using slide rules. At Harvard, the Mark I was developed in 1944, and the Colossus at Bletchley Park was developed beginning in 1943. These programmable computers were preceded by the Z1, designed and created by Konrad Zuse in 1938 at his parents’ apartment in Berlin.

The Z1 had limited programability, reading instructions from perforations on 35mm film. Its mechanical components limited the Z1’s accuracy. The Z1 and its blueprints were destroyed by bombing raids in January 1944.

Konrad Zuse, born in 1910 in Berlin and raised in East Prussia, attended Berlin Technical University and graduated with a degree in Civil Engineering in 1935. He worked on his computer in isolation from other computing researchers because of the growing economic and political isolation of Germany. In 1939 he was inducted into the Germany Army, and given the resources and charge to build a better computer. The Z2 was completed in 1940 and took up two rooms of Zuse’s parents flat. It used telephone relays to extend its computing power. The German Research Institute for Aviation gave him funding to start a company, and Zuse moved to an office. There he built the Z3 using even more computer relays. This machine more was more flexibly programmable and had memory.

The German government denied funding for Zuse’s computing project, deeming it to have little immediate utility. Bombing raids destroyed the Z2 and Z3, and led Zuse to pack up the almost finished Z4 in February 1945 and ship it to Gottingen. Work to complete the Z4 was halted until 1949. During this hiatus Zuse developed a programming language he called Plankalkül (plain calculus). He had found programming in machine language very difficult, and so wrote the first high-level computing language.

Zuse died of heart failure in 1995. Two years later the Z4 was shown to be Turing-complete. 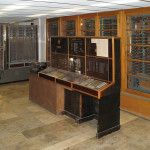 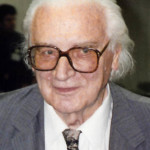