As a way to relieve the stress and nerves of soldiers, numerous charities and organizations held events to offer them an escape from training and their inevitable thoughts of war. In the Broadway Theater District of New York City, the American Theater Wing, a volunteer organization, opened the Stage Door Canteen. This was a club that offered a wide variety of entertainment and food to servicemen. If you’re wondering what it was like to attend the Stage Door Canteen, check out BB’s Stage Door Canteen here at the National WWII Museum and take a trip back to the time of big band and red lipstick.

In February of 1941, President Roosevelt started the United Service Organization for National Defense (USO). It is a nonprofit that still holds events today and aims to keep the morale of soldiers high. The USO offers a wide variety of services, and during WWII their clubs hosted many popular events stateside, all of which were relevant to the interests of their community. Some areas may have had a USO club that offered live music or sporting events to entertain soldiers, while others may have had a daycare service for mothers who found themselves working their husbands’, brothers’, and friends’ industrial jobs on the Home Front.

The USO holds a special place in Louisiana’s heart because the first USO house was built in DeRidder, LA. It stands today as a building that commemorates the work volunteers from the Home Front did to make sure their boys could experience a good time and take a break from the unfortunate reality of war. There were numerous soldiers all over DeRidder, so this was the perfect place to open a club. Americans on the Home Front volunteered their time at the USO houses to help soldiers, for example, write a letter, while others may have worked in the kitchen, cooked meals, and served plates. At DeRidder USO house, the events with the most people in attendance were the dances that were held at least three nights a week. Chaperoned female students from the University of Lafayette would bus over to DeRidder in formal gowns and tag dance through the night with different soldiers. Gatherings like these reminded the soldiers that their country stood with them. 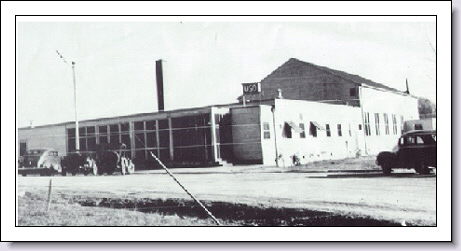 The USO is still a very relevant organization today. It constantly reminds us to support our troops, wherever they may be stationed in the world.  Along with the strong volunteer support from the American public are celebrities, especially singers, who have also dedicated their time and put their talent to good use. Some, like the late Robin Williams and country artists Toby Keith, have made trips as a part of the USO Overseas Service to bring comedy, music, or a piece of home. The Overseas Service was offered during WWII as well and events like these were, and still are, what allow our troops to connect with home, and reassure them that we stand by their service. 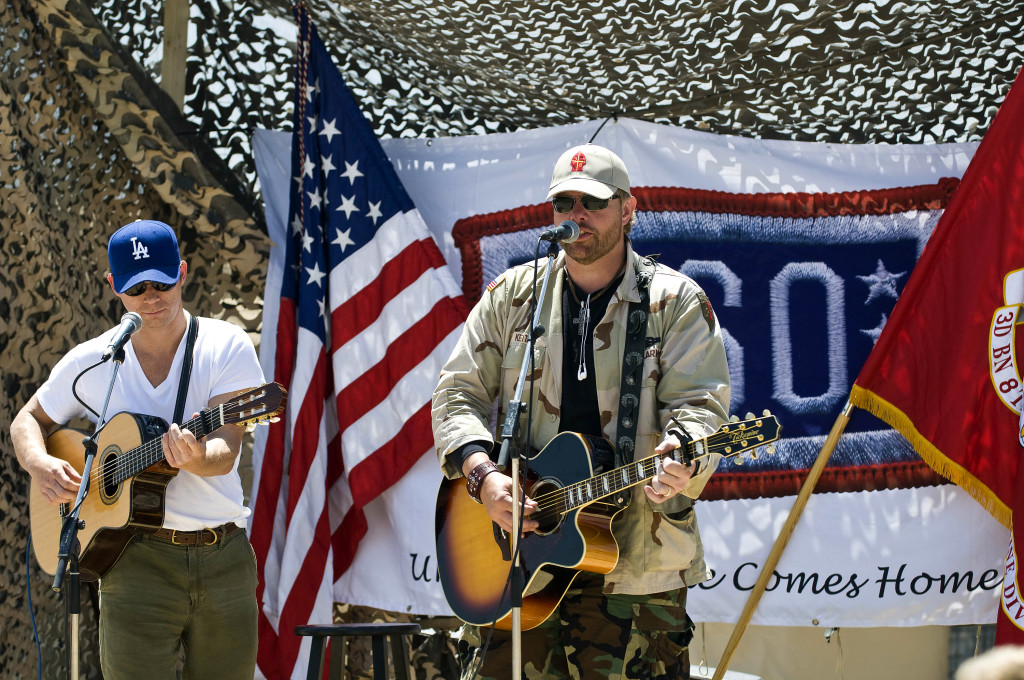 Toby Keith in Afghanistan via United States Department of Defense. 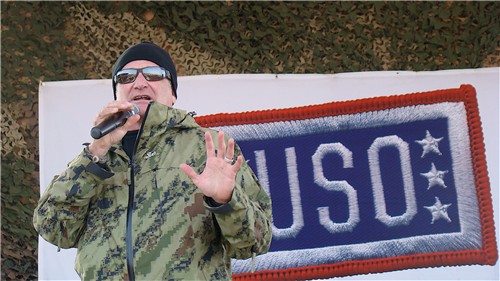 As was the fashion of the time, soldiers showed up to these USO events in uniform. With the WWII infantry uniform came a hat, and below you can attempt to make your own WWII origami infantry cap.

Here are the steps:

1. Find yourself a piece of newspaper, or a simple 8.5 inch by 11 inch sheet. Color of your choice.

2. Fold the paper in half on the vertical axis. 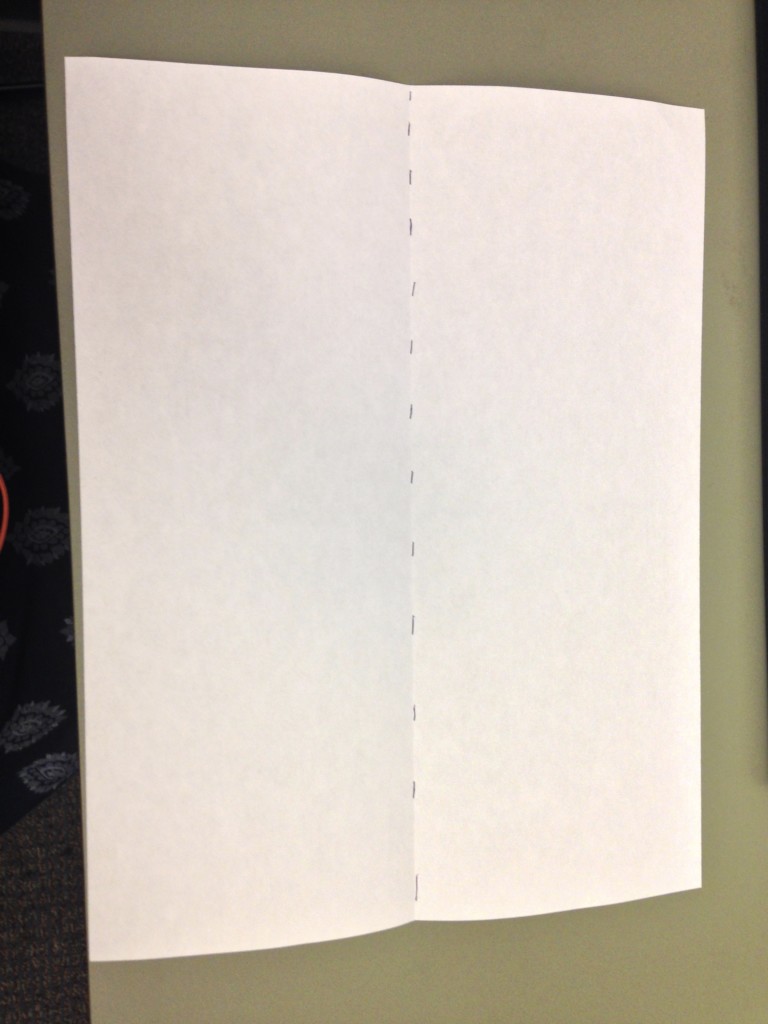 3. Fold the paper on the horizontal axis. 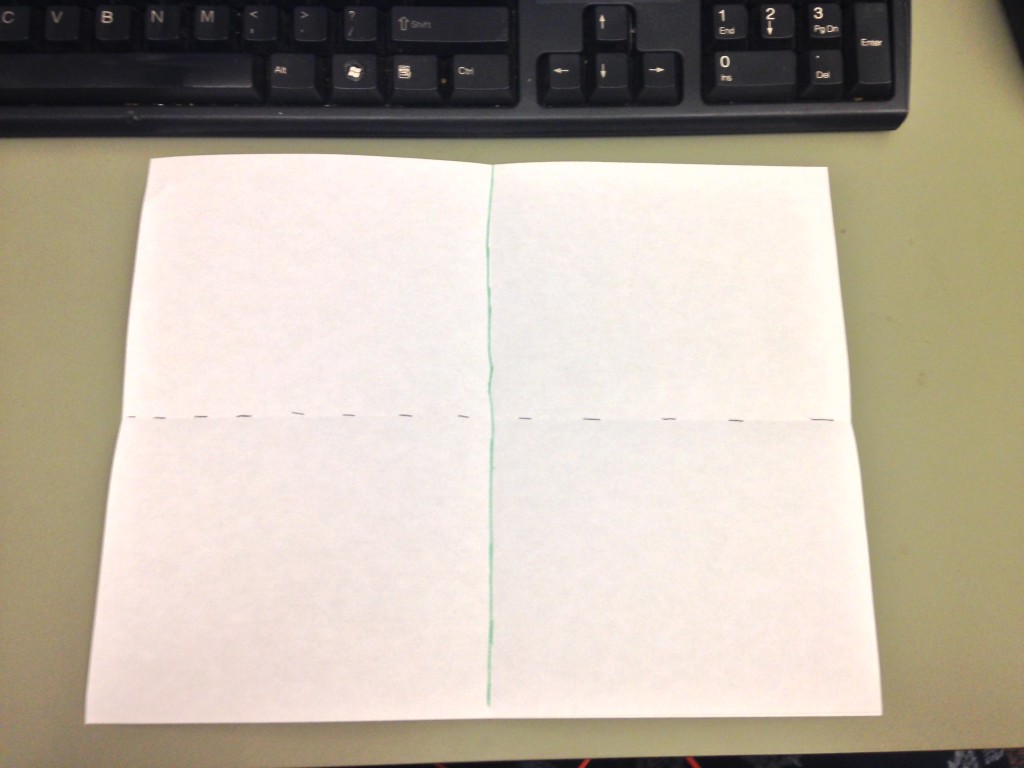 4. Fold the right and left corners to the center of the page. 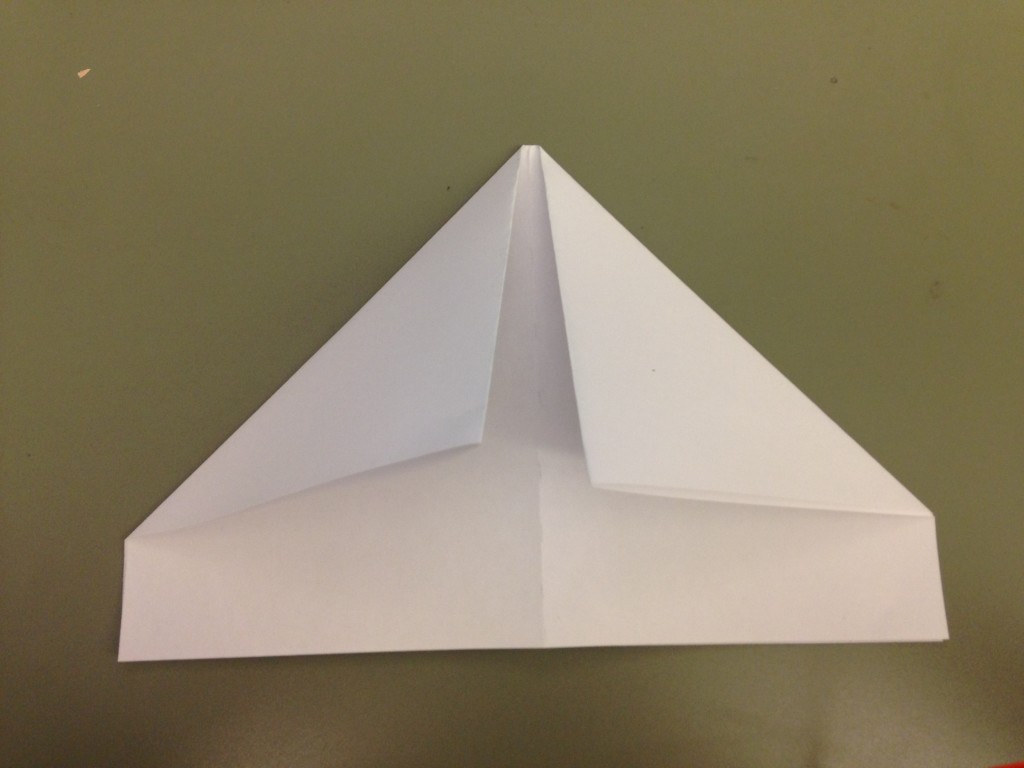 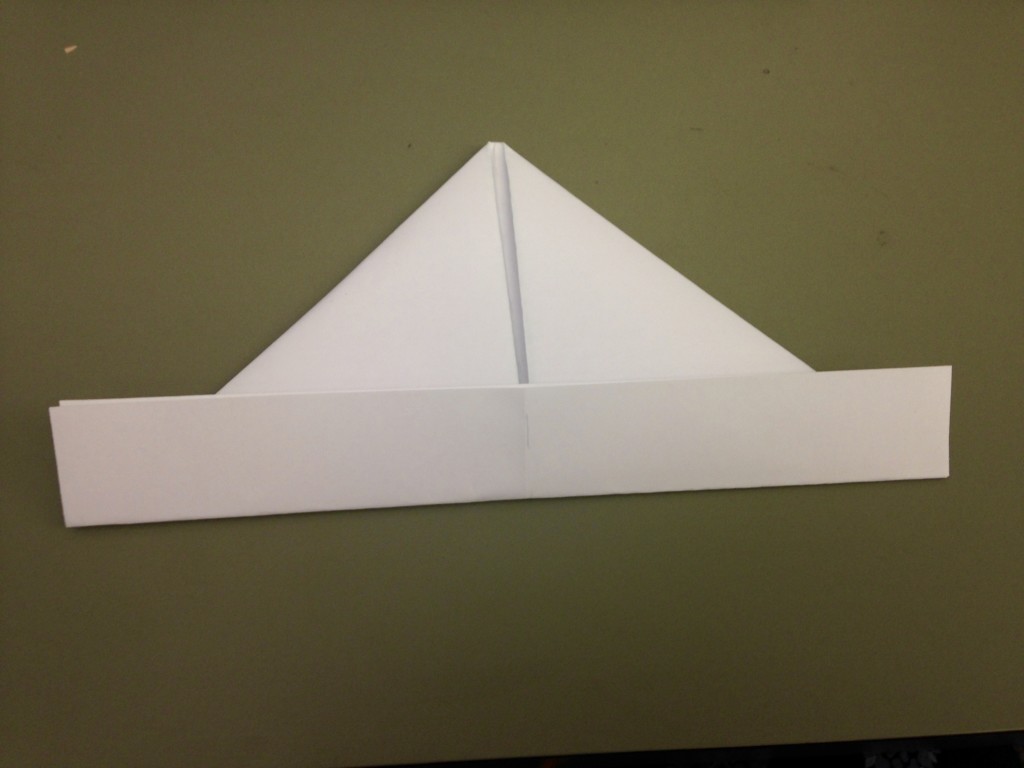 7. Fold the tip downward so that the point meets the middle. 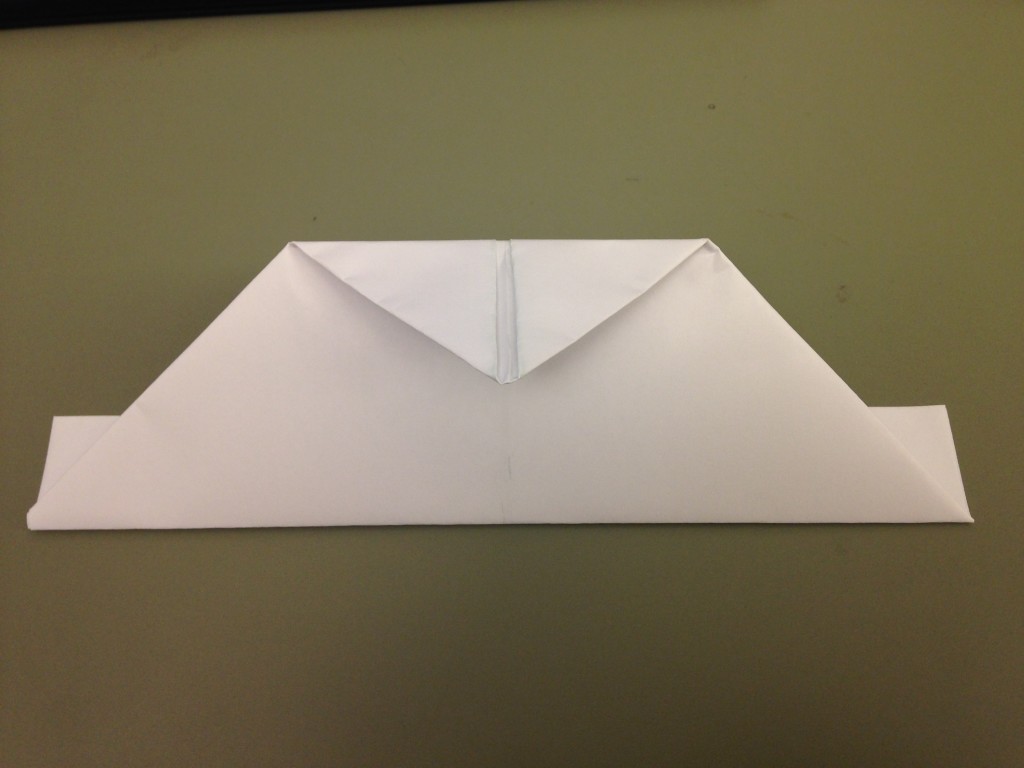 8. Fold the horizontal strip (bottom part of the hat). One side gets folded upward and will lay over the tip.

9. There should be four pieces to fold over in the upper right and left hand corners as well as the bottoms. (Reference this website for a clear picture!)

10. Fold the bottom half up and over the folded corners. 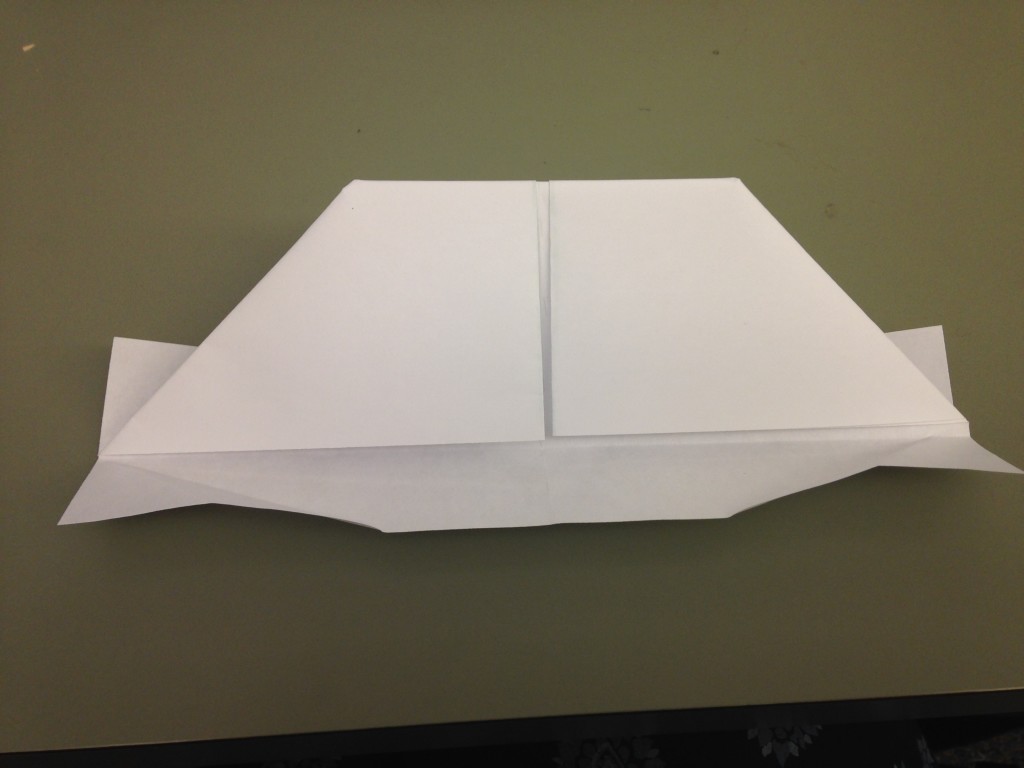 11. Add some color or a pin or patch of your choosing, and there you have it. An infantry cap. 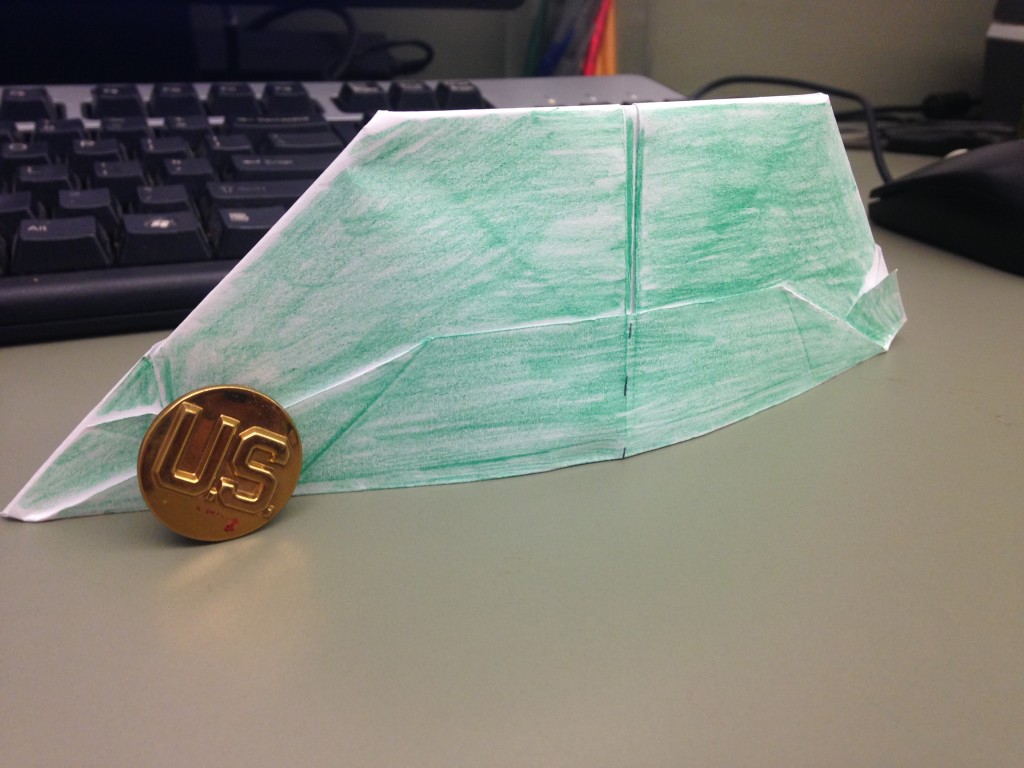