To keep the past alive, and to add some different foods to weekly meals and flavor to our posts, there will be a few Home Front “Foodie” Fridays in which we share our experiences cooking a WWII ration meal from The Victory Binding of the American Woman’s Cook Book: Wartime Edition. This cookbook was published during the war with substitutes and economically friendly recipes for wartime meals and holds over 400 pages of different recipes. There is also a section at the end of the book dedicated to a weekly layout of how a family of five could be fed on $15 a week. 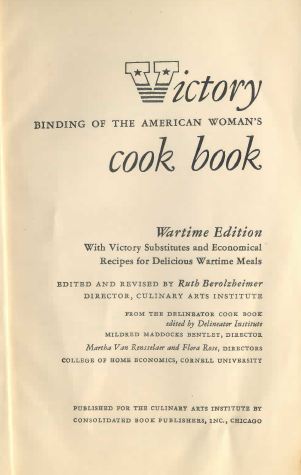 Front page of the Victory cookbook.

Since food was highly valued during WWII, a lot of different ingredients were rationed. The first of these foods was sugar. Its rationing began in the spring of 1942, and many recipes had to change. Whether in the home or at a restaurant, whomever prepared the meals needed to find a way to replace ingredients like sugar with a substitute that tasted just as good if not better. In the case of sugar, items like honey, maple syrup or corn syrup were used. If honey was used in place of sugar, the recipe would call for half the amount of honey as it would sugar as well as a quarter less amount of water.

By rationing these goods at home, the troops overseas were able to receive items like sugar, flour, and coffee as seen in the photo below. Elaborate foods were not supported during the war, so people stuck to simple dishes. The following recipe for Honey Rice is categorized as a dessert in The Victory Binding of the American Woman’s Cook Book: Wartime Edition. Simple to make, easy on the budget, and delicious for the taste buds, honey rice is just one example of the types of desserts people were eating on the Home Front during the war. 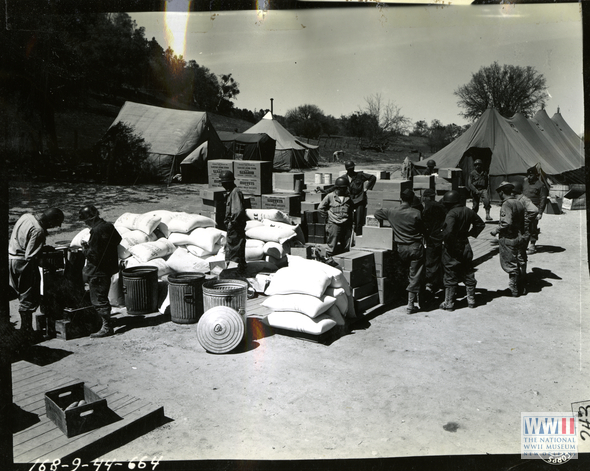 Flour, sugar, coffee, rice, cookies, and canned goods are distributed after ration breakdown at Hunter Liggett Military Base on 24 March 1944.

Recipe in The Victory Binding of the American Woman’s Cook Book: Wartime Edition.

Step 2: Cook the rice in boiling salted water until soft. Drain the rice.

Step 3: Heat the honey in a heavy pan until it’s not as dense.

Step 4: Add the honey and raisins to the cooked rice. Stir and let these cook for 5 minutes. 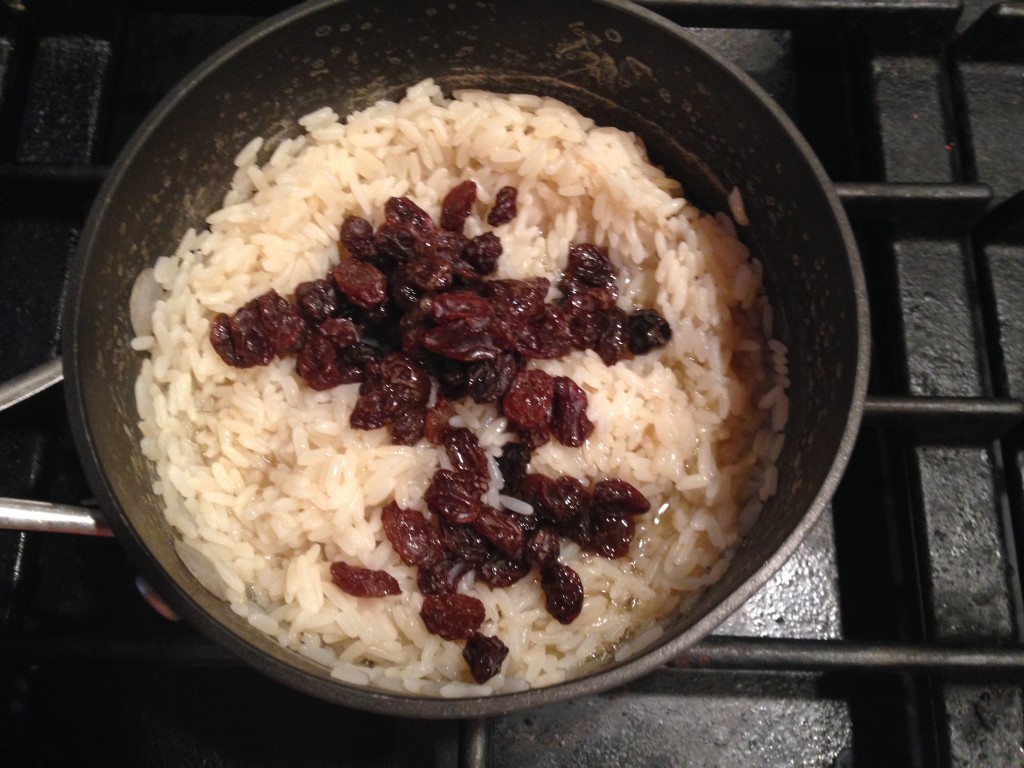 Step 5: Pour the mixture into a buttered, shallow baking dish and dot it with butter. Bake in over until the rice is golden brown. 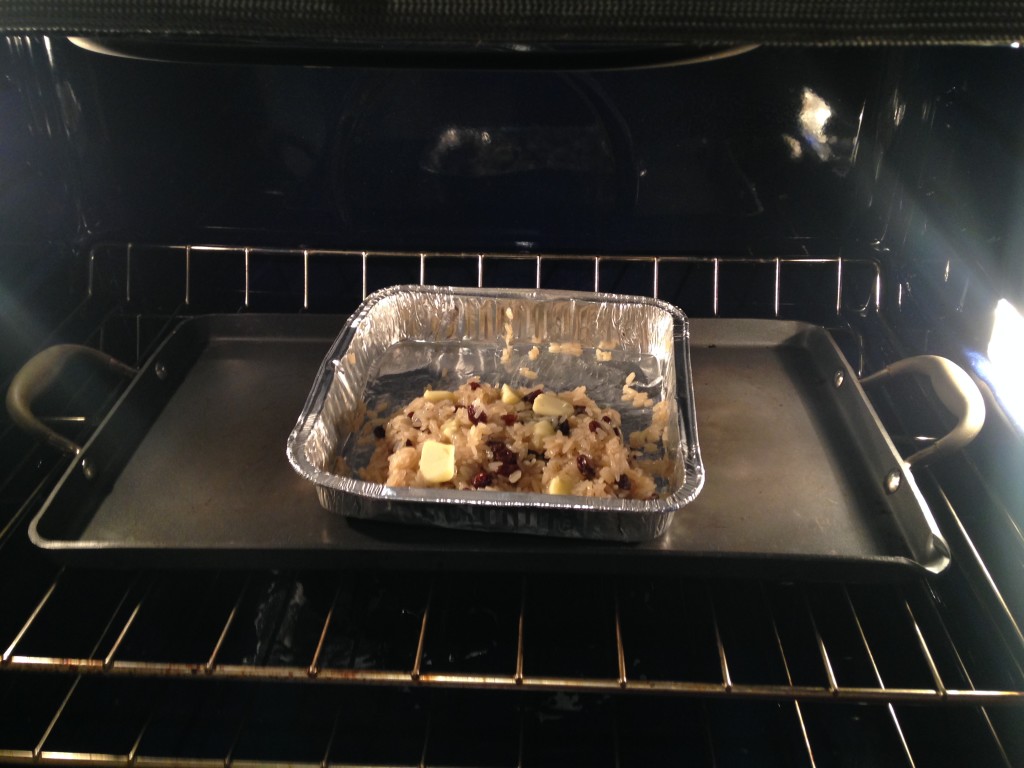 Step 6: Remove from oven and stir in the lemon juice and vanilla. 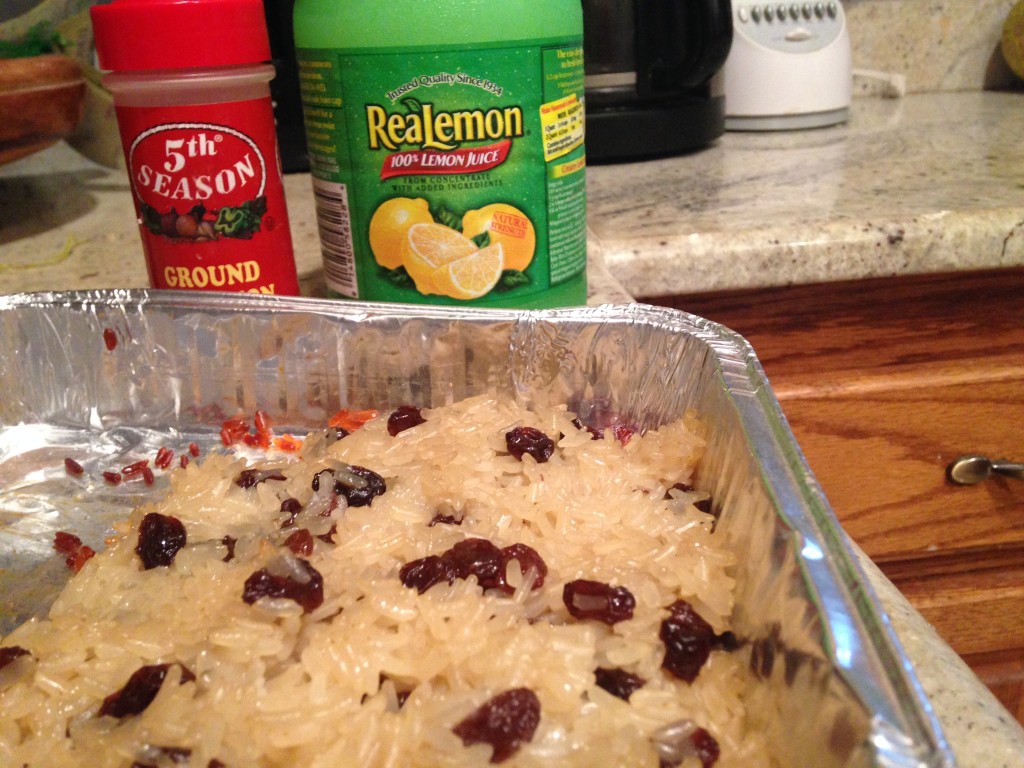 Step 7: Top it with cinnamon and chopped nuts. 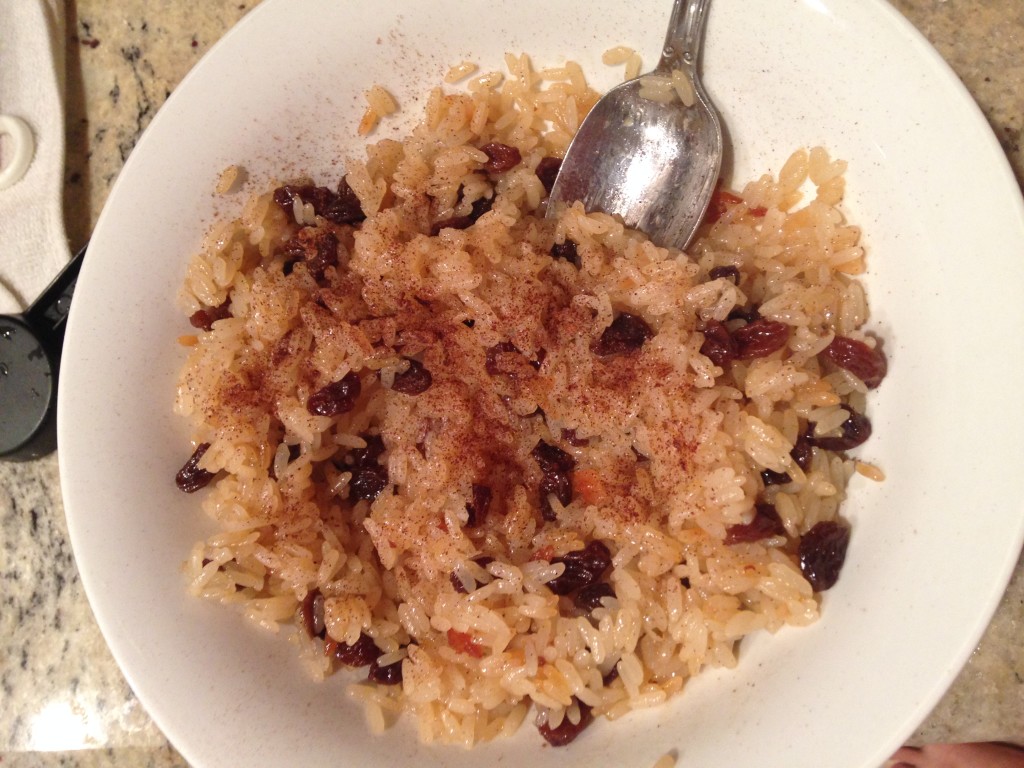 This recipe will serve about 8 people. It is a dessert plate, but I paired it with some sauteed chicken, and it was the perfect balance of sweet and savory.