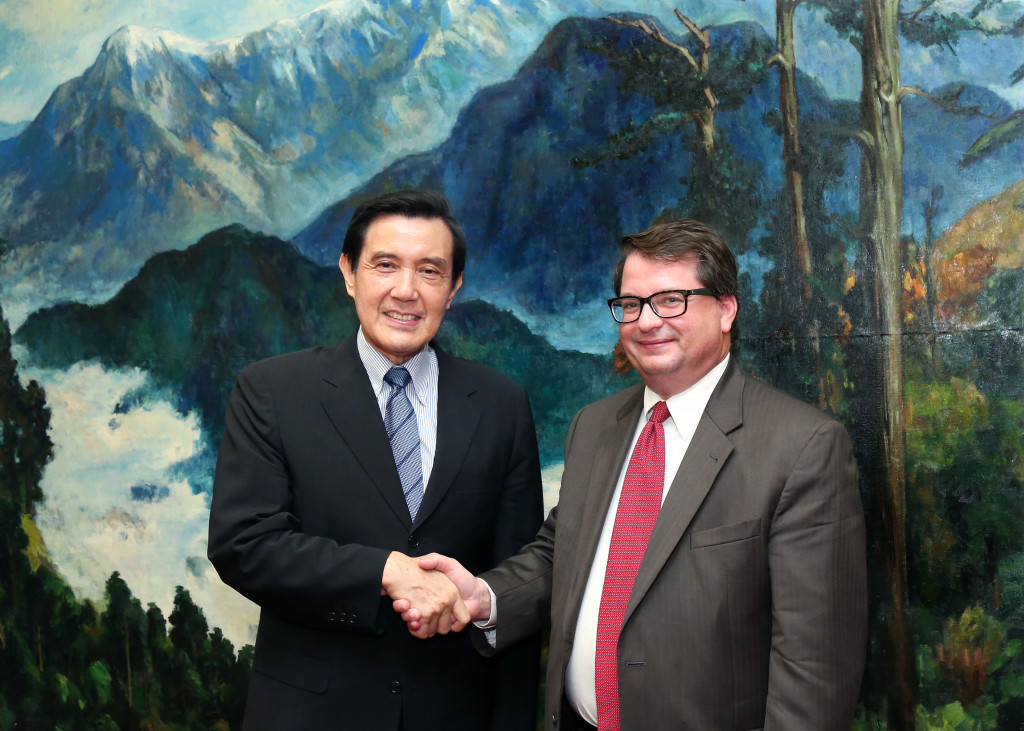 2015 marks the 70th anniversary of the Allied victory over the Axis powers, as well as the 70th anniversary of the end of Sino-Japanese War—a conflict inextricably intertwined with the American experience in World War II. Now that historical records from China are more accessible, 2015 also marks a new era of scholarship on the role of the Chinese in World War II, a subject of particular interest to The National WWII Museum as it prepares to launch its newest permanent exhibitions: Road to Tokyo: Pacific Theater Galleries.

In recognition of this connection and of the Museum’s ongoing work to reflect current and comprehensive scholarship in its exhibits, Keith Huxen, PhD, the Museum’s Samuel Zemurray Stone Senior Director of Research and History, was recently invited to present at a conference in Taipei, Republic of China, honoring these two anniversaries. The conference, War in History and Memory: An International Conference on the 70th Anniversary of China’s Victory against Japan, was hosted by National Palace Museum, Academia Historica, and Taiwanese president Ying-Jeou Ma. Held July 7–9, the event welcomed 300 attendees and 54 presenters from around the world, including Rana Mitter of Oxford University, Guy Alitto of the University of Chicago, Hans van de Ven of Cambridge University, William Kirby of Harvard University, Nell Calloway of the Chennault Aviation and Military Museum, Arnulf Scriba of the German Historical Museum, and Hsiao-Hing Lin of the Hoover Institute, Stanford University.

President Ma himself attended an opening banquet Monday night and gave a Tuesday-morning opening address, singling out Dr. Huxen as a notable presenter. Later that afternoon, Dr. Huxen’s presentation highlighted ways in which the Museum’s content brings history to the fore for popular consumption—taking research beyond the realm of scholarly study to shape how the American public sees the story of the war. Dr. Huxen was also among a select group of presenters invited to an exclusive banquet at the presidential palace, at which President Ma toasted each guest (“Gumbai!”) with a fiery cup of bao tai over a dinner of prawns, fish, and steak—a fitting endnote to an extraordinary event.

As the Museum continues its work to tell the story of the American experience in every theater of World War II and to share that story with the widest possible audience, this new relationship is a welcome sign of the institution’s growing reputation and influence.