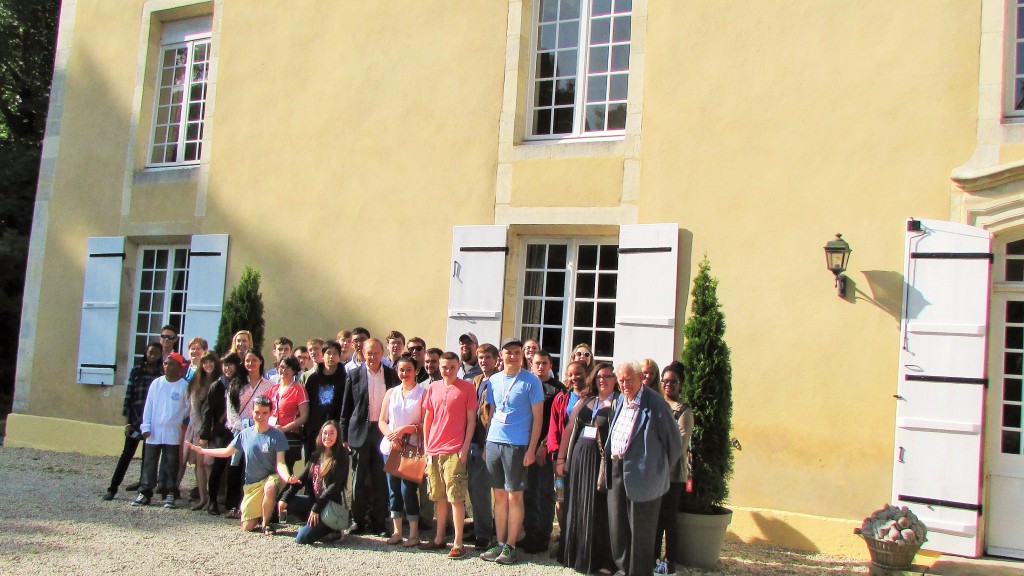 The Normandy Academy students arrived in France after three full days of touring at the Museum. Once in France, they stopped at the Eiffel Tower, the Arc de Triomphe, and Notre Dame. Now they were ready for their trip to Normandy.

Arriving in the town of Bayeux, the students were immediately impressed by the Bayeux Cathedral, first completed in the 11th century with some portions completed later The cathedral now has an impressive blend of architectural styles. It was commissioned by William the Conqueror, and it is the original home of the Bayeux Tapestry. The students were in for a surprise when they found that their hotel was just two blocks from the cathedral. After their first French meal and a good night’s rest, they awoke reading and willing to visit the Normandy battle sites.

The first day of touring brought the students to the areas around Sword Beach. The first stop was at Chateau Periers, a private home just three miles from the coast. In this chateau, Marie-Louise Osmont kept a diary of her life from the German occupation of her home in August, 1940 until the last British soldier left her home in August, 1944. Her diary gives many insights into the life of both German soldiers and French civilians under occupation. The current proprietor of the chateau, Mr. Dan Ombredanne welcomed the students to the chateau along with the town mayor to give a tour of the grounds and the interior.

Still awaiting the students are visits to Utah Beach, Omaha Beach, Caen, and a conversation with a veteran of the French Resistance. The students will return to the United States on June 30, 2015.