15 Years at The National WWII Museum: Looking Back at The Idea 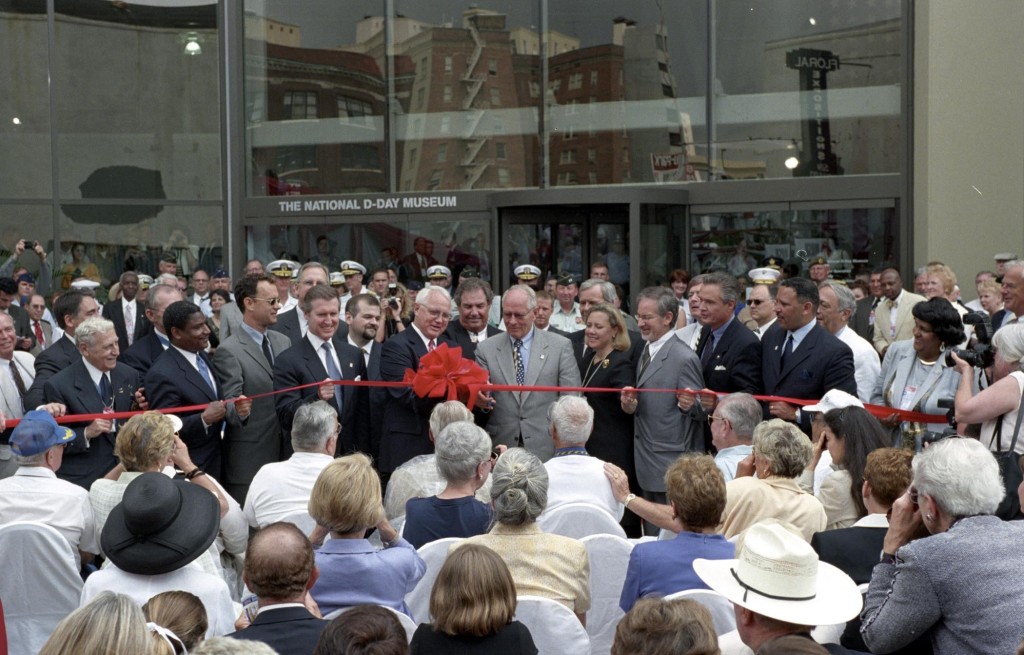 As the National WWII Museum celebrates the 15th anniversary of its opening on June 6, 2000, it’s important to remember how far we’ve come in a short span of time. The Museum is in the midst of $325 million expansion campaign, with the goal of completing its campus while we still have members of the war generation in our midst. In the last year alone, more than 515,000 people walked through our doors and became immersed in the American WWII experience. The Museum is now listed among the most popular museums in the nation – indeed the world – by TripAdvisor users. However, its prospects weren’t always so bright. In fact, documents prepared long ago by founder Stephen Ambrose illustrate how the venture faced daunting challenges long before opening as the National D-Day Museum in New Orleans’ Warehouse District.

One such document is a March 20, 1990 communication from Ambrose to the Board of Directors of the Eisenhower Center for American Studies at the University of New Orleans. At the time, Ambrose expected to build the Museum on the New Orleans Lakefront. The renowned historian describes a meeting he had with professionals from the museum field to discuss specifics of how to bring his vision to life. Then he offers a tentative draft of the “story” the museum should tell, one that seems strikingly modest today. In part, it reads:

“The central theme of the D-Day Museum is to honor the men and women who made D-Day possible. The core idea is to build a museum that tells the biography of a day – June 6, 1944 – a day that changed history. The lesson that the museum will teach is what the American people and American democracy can accomplish when everyone pulls together. Teamwork was Dwight Eisenhower’s favorite word; it was teamwork at home and abroad that made D-Day a success.” Later, Ambrose adds, “The museum obviously cannot cover everything from this vast undertaking: perhaps the best advice we got was to aim to have visitors leave with two or three vivid impressions.”

It’s safe to say, today, that visitors leave our campus – which explores the entire American experience in the war – with more than a few vivid impressions. Happy 15th Birthday to America’s National WWII Museum!