COUNTDOWN TO ROAD TO TOKYO: EXHIBITS WITHIN GUADALCANAL 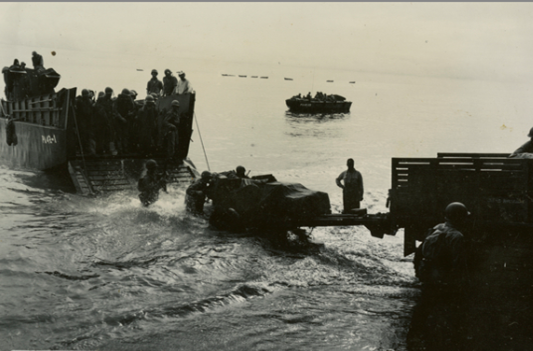 As we continue down the Road to Tokyo and through the Guadalcanal, we come first to two exhibits that detail why this Allied campaign signaled a pivotal point in the War in the Pacific.

The U.S. military chose Guadalcanal, in the Solomon Island chain, as their first offensive campaign in the Pacific beginning in August 1942. The Solomons represented the farthest reach of Japanese territorial control in the Pacific, and would be the first of many islands the U.S. would retake in a brutal three-year island-hopping campaign to reach the home islands and defeat Japan. This exhibit space covers the initial landings, the Battle of Savo Island, the Battle of the Tenaru River, and the Battle of the Eastern Solomons. An environmental projection will augment the text panels describing these operations with video footage and still images from the battles.

Bloody Ridge will provide an overview of the Battle for Guadalcanal through mid-October 1942. Bloody Ridge will detail the significance of the Tokyo Express, the Iron Bottom Sound, the Cactus Air Force, Edson’s Ridge, and the marine defenders as they engaged in intense warfare with tremendous dedication. The difficulty of obtaining US reinforcements and supplies (while the Japanese continued to receive both) will be emphasized, and personal items attained by soldiers based in Guadalcanal will be displayed. An environmental projection will project images and historic footage, including ambient sounds of warfare in the dense jungle background, to evoke the fierce fighting on Guadalcanal.

The Bloody Ridge exhibit within Road to Tokyo has been made possible through a generous gift from Dwight Anderson. 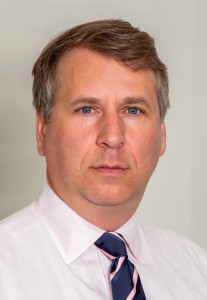 Dwight Anderson, who currently serves on the Museum’s Board of Trustees, is the Co-Founder, Principal, & Portfolio Manager of Ospraie Management, an asset management firm located in New York City. Dwight first became involved with The National WWII Museum through his long standing friendship with Board President Richard Adkerson. Dwight states that Richard’s “passion and enthusiasm in the way he described the Museum was infectious,” and sparked him to visit New Orleans.

On his very first visit to the Museum with his family, Dwight was indeed impressed by the content and substance of the Museum, backing up Richard’s glowing reviews. It was after this visit that Dwight decided to become more involved with institution and its expansion.

As a history major in college, Dwight believes in the importance of passing on the story of this monumental conflict to future generations. He noted “to be able to support an institution that was putting together all of the different elements of memorabilia [of the war] and also the multimedia presentations to instruct, teach, show people….that would really be beneficial.”

Dwight’s studies of World War II moved beyond his college days, as he has become an avid reader of World War II history. One of the first books that he read as he gained more interest in the war was “The Guadalcanal Diary,” a memoir written by war correspondent Richard Tregaskis. The stories of the months-long battle in the Pacific, and eventual Allied victory, inspired Dwight to make a capital gift to sponsor the Bloody Ridge exhibit within the Guadalcanal gallery.

However, Dwight’s connection to the war extends further than his studies. Two of Dwight’s great uncles fought in the war, and the souvenirs that his Uncle Eddie brought back, which Dwight used as toys when he was young, were physical reminders of the recent struggle.

Dwight shared that his involvement with the Museum has been very special. He remarked that hearing the veterans’ stories at the Museum — and the humor and humility that they bring to retelling often horrific circumstances — is very memorable and meaningful. He believes strongly that it is important that these stories are passed along to new, younger audiences. Dwight has demonstrated his belief that the depth and quality of the Museum is something that should be sustained, and his generous support helps ensure that it will continue.

The National WWII Museum is incredibly thankful for Mr. Dwight Anderson’s support as we continue to advance along our Road to Victory.