Opening this December, the Road to Tokyo: Pacific Theater Galleries will tell the story of the brave men and women fighting within the Asia-Pacific side of World War II and the logistical challenges, environmental difficulties, crude facilities, and tropical diseases they faced to secure victory.

As we begin our countdown through Road to Tokyo, we come first to the Introduction and Orientation Area. This gallery space will set the scene of how America first became involved with fighting in the Pacific.

On December 7, 1941, the Japanese had attacked Pearl Harbor. Four days after the gruesome attack on US soil, Germany and Italy declared war on the United States. Americans ­– determined to avenge the attack on their territory ­­– were ready to launch a war with Japan.

The Road to Tokyo Introduction and Orientation Area will guide visitors through the precarious situation facing America, and the logistical challenges of fighting a two-front war, particularly across the vast Pacific Ocean and Asian territories now dominated by the Japanese. Finally, visitors will meet the Allied and Axis key leaders in the Pacific: Generalissimo Chiang Kai-shek, Prime Minister Winston Churchill, President Franklin D. Roosevelt, and Emperor Hirohito. 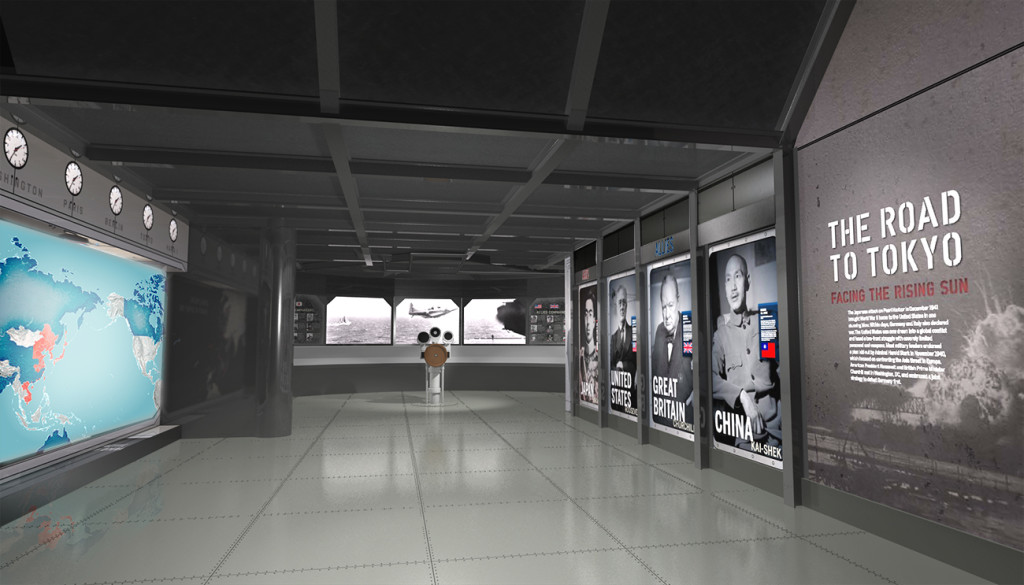 The Road to Tokyo Briefing Room: Japanese Onslaught has been made possible through a generous donation by The Starr Foundation.

The Starr Foundation was established in 1955 by Cornelius Vander Starr, who served in the US Army during WWI. He died in 1968 at the age of 76, leaving his estate to the Foundation, and he named his business partners – Ernest E. Stempel, John J. Roberts, Houghton Freeman, and Maurice R. “Hank” Greenberg – to run the foundation under Greenberg’s leadership. The partners were all WWII veterans: Stempel, Roberts, and Freeman all served in the Navy in the Pacific and Greenberg served in the Army in Europe. 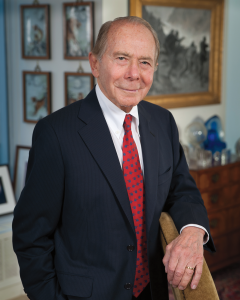 Maurice R. Greenberg  is the current Chairman of The Starr Foundation

Greenberg served throughout the European Theater – from landing on the beaches of Normandy to fighting in the Battle of the Bulge to the liberating concentration camps in Germany. Greenberg received the Legion of Honor from the French government on the 70th Anniversary of D-Day in 2014. When being praised for his brave military service, Greenberg responds that he was “only one of millions of WWII veterans who fought for our country.”

The Starr Foundation awarded the Museum a $1 million grant, after Museum founder Stephen Ambrose met with Greenberg in 2001. Eager to dedicate a space that would preserve the story of the European Theater in Greenberg’s honor, The Starr Foundation generously provided an additional gift in 2006 in support of the Museum’s Road to Victory Capital Campaign to name the Road to Tokyo Introduction Area gallery. 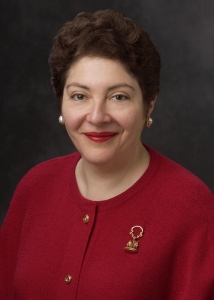 President of the Starr Foundation, Florence Davis believes the Museum is “a good reminder of the ideals that Americans fought for in the past and what we continue to fight for today.”

One of The Starr Foundation’s focuses is to “invest in education and international affairs,” Davis states that “the Museum educates visitors about the positive lessons of how the country pulled together on rationing, war bonds, and enlistment in huge numbers, as well as the negative lessons of the (racial) segregation of troops and internment of Japanese Americans. Understanding the entire history of WWII, warts and all, is very important.”

The Museum is grateful for the Foundation’s support and for the leadership of Greenberg and Davis, who have played key roles in developing the Museum into a world-class institution.