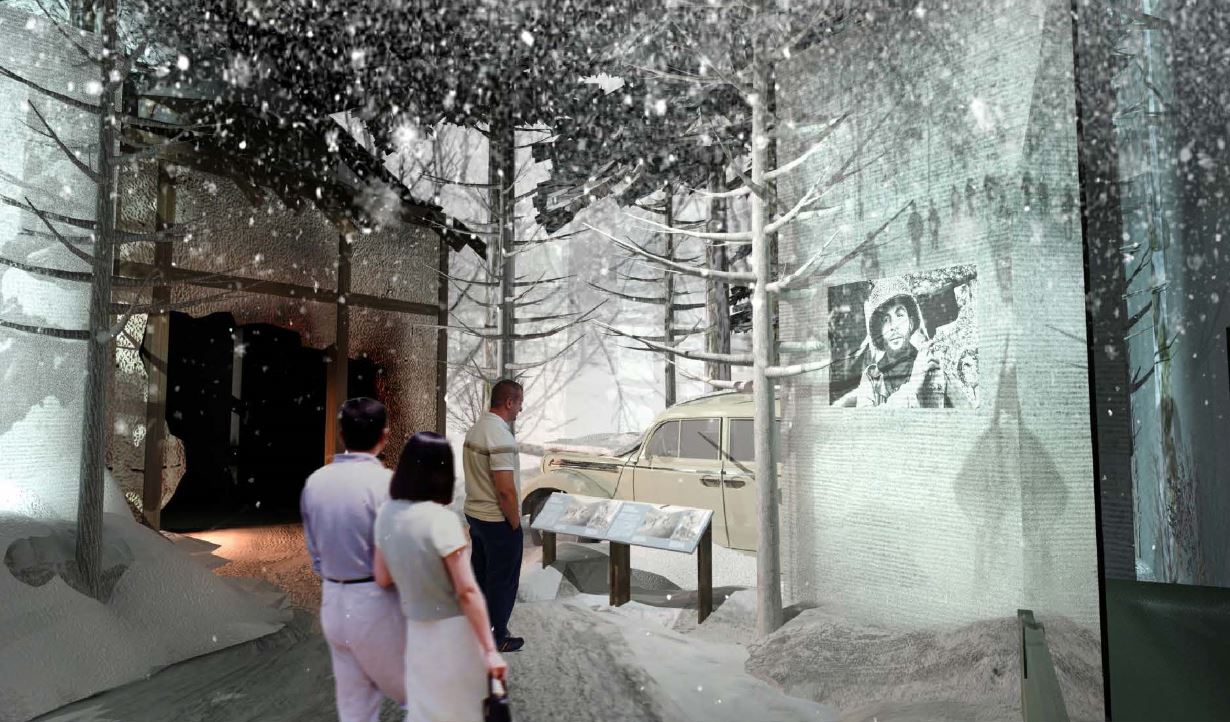 Battle of the Bulge Rendering

As we continue our journey through the Battle of the Bulge gallery inside the Road to Berlin, we stop next at the Surprise Attack exhibit. This exhibit focuses on the initial response of the Allied Forces from the surprise German attack during the winter of 1944-45 through oral history stations, artifacts, and content panels. From there, we then move on to the North Shoulder exhibit, which through an in-depth examination of military response, will honor the soldiers who fought and were ultimately victorious at Elsenborn Ridge.

This exhibit will explain the strategy behind Hitler’s counterattack during the winter of 1944-45 and the initial response of the Allied Forces. Hitler planned to break through a weak spot in the Allied lines, occupied by only three divisions, in a drive to Antwerp, Belgium, splitting the British army to the north and American forces to the south. The operation was Hitler’s last desperate attempt to turn the tide of the war. The Germans hoped the element of surprise, the dense forest terrain of the Ardennes, and the harsh weather conditions would all work to their advantage – and their efforts were initially successful. Many American units were surrounded and, in some cases, entire regiments surrendered.  Though the Allied forces rallied in time to prevent disaster, and would eventually achieve victory, Surprise Attack will show that Germany remained still a capable and dangerous enemy.

This exhibit will cover American defenses against the German assault in key locations along the northern shoulder of the Battle of the Bulge. The exhibit will provide an in-depth examination of the military action at Elsenborn Ridge, where the 1st, 2nd, and 99th Army Divisions played a pivotal role. Although the Germans possessed superior armor, they were held in check by innovative American tactics including coordinated time on target artillery strikes, new proximity fuses for artillery shells, and more advanced air power. Both sides suffered many casualties. Ultimately, the German troops were unable to break through American lines at Elsenborn Ridge. The exhibit will also focus on three towns: Stavelot, La Gleize and Stoumont. The North Shoulder exhibit will honor the soldiers who fought here and show that their valiant efforts were crucial to American victory. 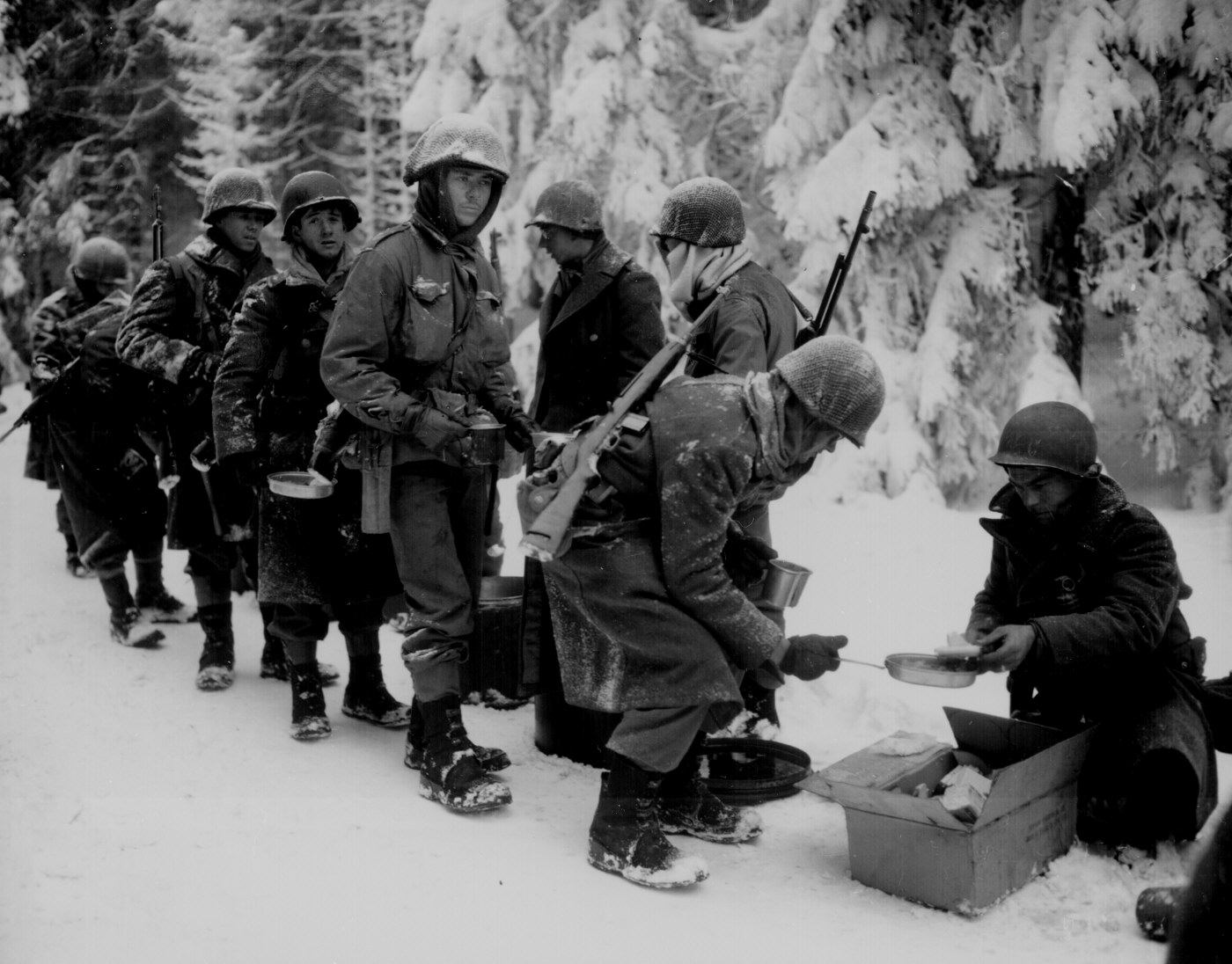