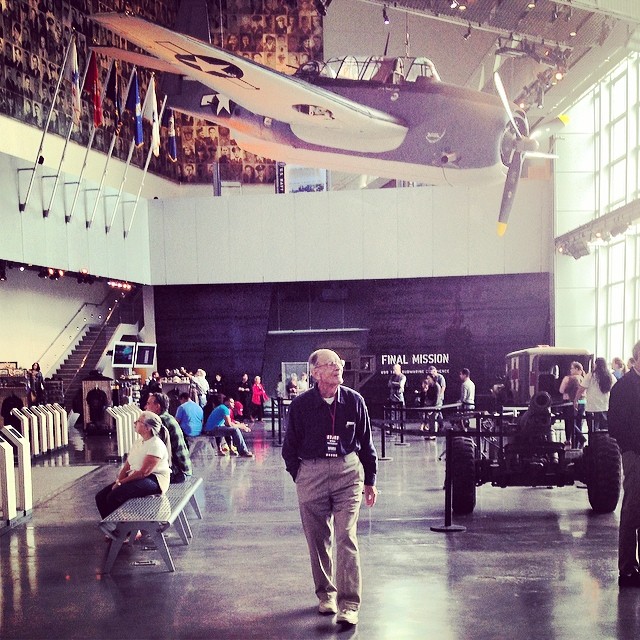 Everett D. Craycraft on his 90th birthday walking among the warbirds hanging in the US Freedom Pavilion: The Boeing Center. Photo courtesy of Lindsey Smith Wilcox.

Every day The National WWII Museum honors the achievements and courage of the Greatest Generation for future generations. On March 9, 2014, we were especially thrilled to have WWII veteran, Everett D. Craycraft, and his family celebrating his 90th birthday with us at the Museum over 70 years after he began fighting in the war that changed the world.

Born in Mt. Sterling, Kentucky in 1924, Craycraft grew up the oldest of seven boys during the Great Depression. In September 1942 when he was 18 years old, he answered his patriotic call and enlisted in the US Navy in order to play his part in protecting our nation’s liberty.

After boot camp training in the Great Lakes and placement in Washington at Sand Point Naval Air Station and in Bremerton, Craycraft entered the most frightful part of service—the combat zone. He served for 15 months in the South Pacific on the USS Natoma Bay CVE 62, a small aircraft carrier which was awarded six bronze battle stars and 2 unit citation badges. He was then assigned to Service Division 101 operating an LCM, a 50 ft boat made by Higgins Industries in New Orleans. They served Admiral Halsey’s carrier fleet at Leyte Gulf. Towards the close of the war, he returned stateside and served as a Ship’s Rigger at the San Diego Naval Base.

His service to our country did not end with our nation’s victory though. Craycraft continued to serve in the Naval Reserve until 1952 and went back to school to learn Topographic Drafting on the GI Bill while he started his family. Following school, he began working for a large oil company moving to six different states where he last worked in New Orleans, Louisiana.

Today, Craycraft is retired and living in Slidell, Louisiana. Still active in learning about and honoring the members of his generation, he enjoys visiting the Museum to be reminded of his generation’s heroic accomplishments. He favors the majestic views of the warbirds in the US Freedom Pavilion: The Boeing Center and the familiar models of the types of vessels in which he served that are on display throughout the Museum. We are happy to be a place for Craycraft and other WWII veterans to be honored and to reminisce about their great accomplishments. Thank you for your service, Everett D. Craycraft, and best wishes to you in your years to come! 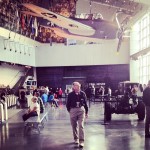 Craycraft on his 90th birthday walking among the warbirds hanging in the US Freedom Pavilion: The Boeing Center. 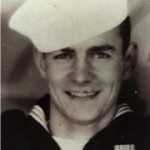 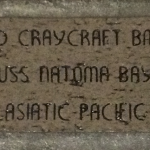 Everett D. Craycraft's brick on our Road to Victory located in the atrium of the Museum's Louisiana Memorial Pavilion.