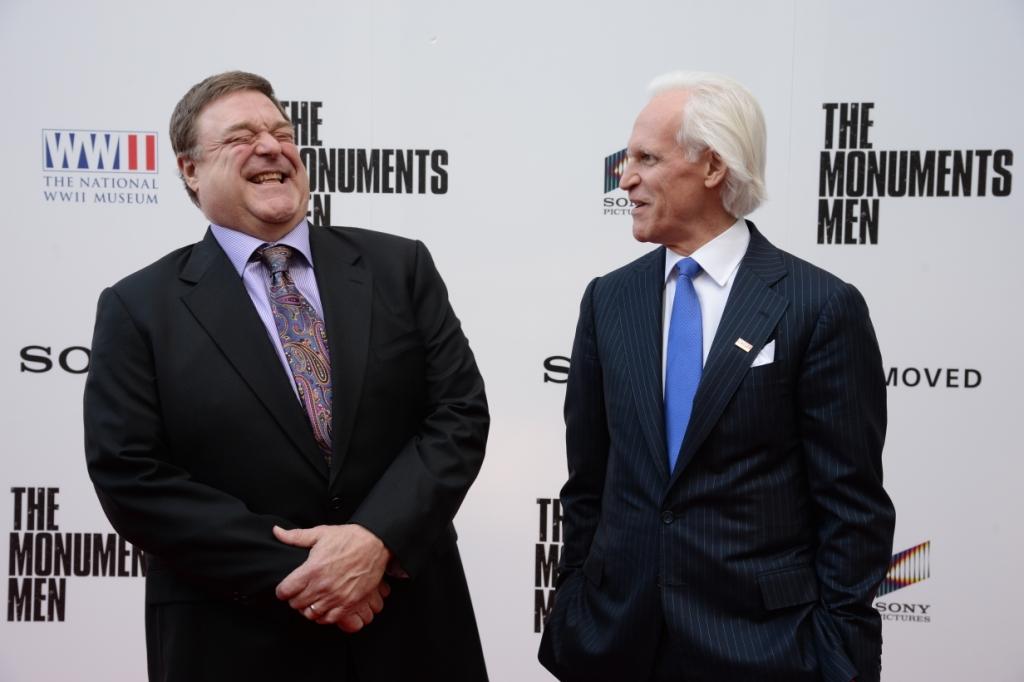 From Left to Right: John Goodman and Robert M. Edsel

Robert M. Edsel is the No. 1 New York Times Bestselling author of the non-fiction books, Rescuing Da Vinci; The Monuments Men: Allied Heroes, Nazi Thieves and the Greatest Treasure Hunt in History; and Saving Italy: the Race to Rescue a Nation’s Treasures from the Nazis. He is the co-producer of the award-winning documentary film, The Rape of Europa, Founder and Chairman of the Monuments Men Foundation for the Preservation of Art, and a member of the Board of Trustees of The National WWII Museum. Mr. Edsel began his business career in oil and gas exploration. His company, Gemini Exploration, pioneered the use of horizontal drilling technology throughout the early 1990s. Mr. Edsel has dedicated the last thirteen years of his life to telling the story of the Monuments Men, the unsung heroes who saved many of the world’s greatest art and cultural treasures during WWII.  In January 2012 Academy Award winner George Clooney announced he would write, direct and star in the film version of Mr. Edsel’s book, The Monuments Men. The extraordinary film opened this month and stars A list actors including George Clooney, John Goodman, Matt Damon, and Cate Blanchett. We deeply appreciate his support of the Road to Victory capital campaign as he brings this story to life for millions of people across the world and for the Museum’s visitors.

Q: How did your interest in the Monuments Men get started?

I was living in Florence, Italy in 1996. I had sold my business to create time to learn about new things. This is a story that I stumbled upon quite by accident while walking across the Ponte Vecchio one day, the only bridge in Florence not destroyed by the Nazis when they fled the city in August 1944. I wondered how in the face of the most destructive conflict in history that so many of these cultural works of art survived. I wasn’t embarrassed that I didn’t know the answer, but I was hugely embarrassed that it had never occurred to me to ask the question.

I started asking the people with whom I had become friends in Florence and they all said, “That’s a great question, what’s the answer?” I started with the most innocent of curiosity and it was shocking to me that in the most documented, photographed event of modern time, this was an unknown story. I was not as interested in the bad guys. I was interested in the good guys. What would motivate middle aged men and women, who had established careers, families, most with children, to walk away and put on a military uniform? Over time I learned that they believed they, too, had an important contribution to make towards the winning of the war. That was a story that interested me.

Q: How did you first become involved with The National WWII Museum?

Dr. Gordon “Nick” Mueller had a chance to read an advance copy of my second book, The Monuments Men, and called me to tell me that it was not only a terrific 1943 book, but a hugely important story largely overlooked by historians. This led to our first meeting several months later, and his all-important question: “What’s your best idea?” I told him, “We should create a permanent exhibition to honor these heroes of civilization; let’s recreate a salt mine and let visitors get a sense of the challenges these men overcame.” He loved the idea from the start. It’s worth writing that making the Monuments Men gallery a permanent part of the Museum’s campus was not a reaction to the film, but rather is an idea endorsed years early—a great example of the leadership that is a common hallmark of this great institution.

Q: Who are the Monuments Men?

The remarkable story of the Monuments Men and Women is one that many do not know about. Middle-aged men and women, museum curators, art historians, and artists themselves who volunteered their service during WWII to be a new kind of soldier, one charged with saving rather than destroying. These “soldier scholars” were not in a remote office advising, but rather on the front lines with the troops. In fact, two were killed during combat.

There were not many Monuments Men officers, which makes their achievement that much greater. It began with an army of one, a classics professor at Harvard who was sent by plane to Sicily two weeks after the Allied invasion had begun because President Roosevelt realized that the United States needed someone over there. By the end of 1943, there were only about a dozen Monuments officers in Italy.

There are six Monuments officers living today, one woman and five men. I have interviewed 18 over the course of my career. There is also a lot of optimism about more of the missing objects surfacing, particularly in the next 5-10 years, as we put to rest the WWII generation and we see this massive turnover of private property. 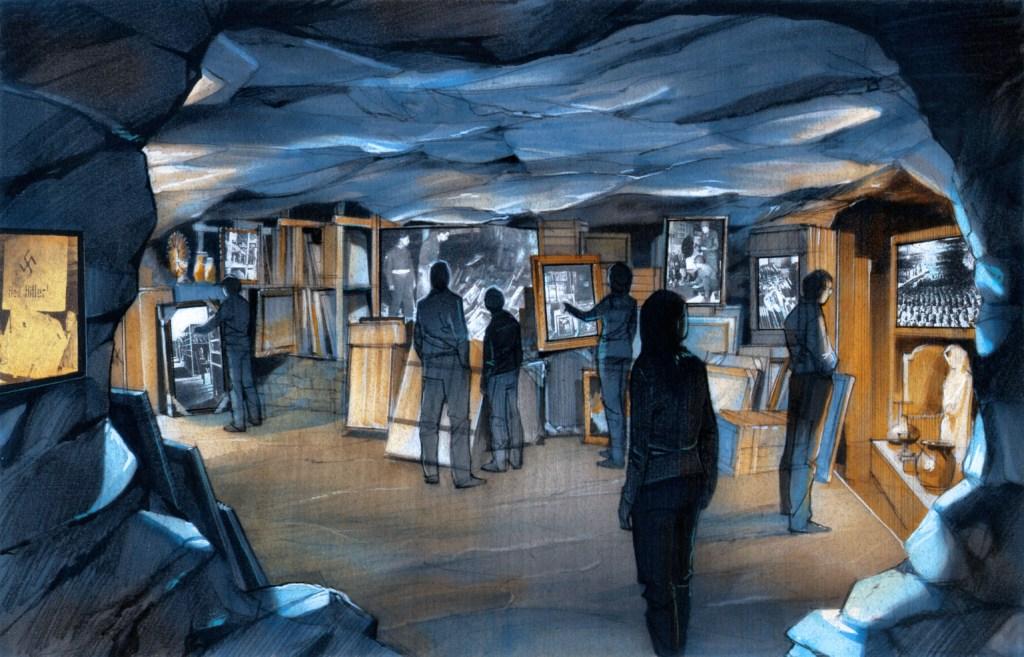 Q: What will the Monuments Men gallery be like?

The Monuments Men gallery will be part of the future Liberation Pavilion, which will not only tell what took place in the closing weeks and months of the war, but also educate visitors on the impact the war had on the United States in the years following.

Recreation of the Salt Mine is a way to tell a story to audiences young and old alike. Visitors will have the chance to come and sense what it was like for these men and women to enter into these caves not knowing if they were booby trapped,  whether there would be enemy soldiers inside, or whether or not these works of art could be saved. The gallery will be a dramatic and interactive way for people to become engaged, and will be one of the largest exhibit spaces on the Museum’s campus.

It is right and appropriate that the Monuments Men story be told at The National WWII Museum because there are still hundreds of thousands of works of art and cultural documents missing to this day.

Q: Why did you decide to donate to the Road to Victory Capital campaign?

It has been an exciting and very meaningful opportunity for me to be able to tell the Monuments Men story through my books.  Knowing that their story and legacy will be a part of The National WWII Museum, alongside the stories about the troops who fought in this important war, is an indescribable honor me for me, and more importantly these heroes.

Support for this gallery is crucial as it will allow us to pose important questions to our visitors. One of the questions that I find most compelling: “Is art worth a life?”

It is a very emotional and very important part of WWII and we live with the altered cultural legacy today of things that are still missing. It is a great testament to this Museum in their effort to tell the comprehensive story that they are including this huge story. President Roosevelt had the vision to understand why that was important. General Eisenhower endorsed this and issued a historic directive on two occasions that made saving cultural treasures a responsibility of all commanders and troops – to make it a priority. It is hard to imagine the world we would be living in now without those efforts.

One of the great ways to preserve the legacy of the Monuments Men is to tell their story here for the half million visitors this Museum welcomes each year. That number will only grow and grow. Also, this helps to bring visibility to the importance of reestablishing the high bar for protecting cultural treasures in future conflicts by educating people, by entertaining them, by giving them moving experiences, and by making the public aware of how many pieces of art are missing and getting them engaged in finding them. This is a Museum and gallery that needed to be built. It is long overdue

Dr. Mueller stated in a recent press conference that “the movie and The Monuments Men book are spectacular warm-ups for a spectacular exhibit … Robert’s story was unknown at the time we started collaborating, but once he got it out there, people have started to learn about the Monuments Men, just as they have with the story of Andrew Higgins, which was unknown 20 years ago.  We are glad to be a part of telling this story, to have Robert on our board, and for him to be part of the development of this gallery.”

We are thankful for Robert M. Edsel’s commitment to telling the story of the Monuments Men and other WWII heroes. His involvement allows us to fully explore the American experience in the war that changed the world. 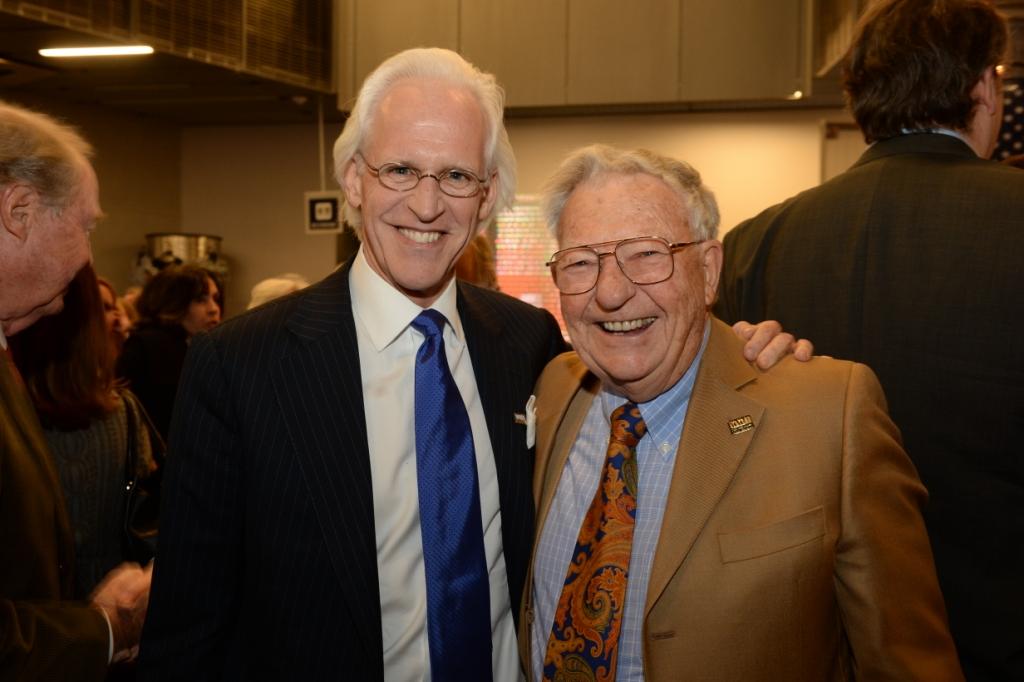