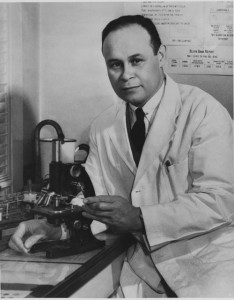 Dr. Charles R. Drew, surgeon and researcher, developed techniques for preserving plasma, the liquid portion of blood. The first African American to receive a Doctor of Science degree, Drew proved that plasma could be stored significantly longer than whole blood. He supervised the “Blood for Britain” program which met the desperate need for blood to treat those wounded during the Blitz. To encourage donation, Drew first devised the use of bloodmobiles, trucks with refrigerators serving as donation centers.

During WWII, the use of blood plasma was an essential component of treating wounded soldiers. Red blood cells, absent from plasma, contain substances called antigens which determine blood type.  Because these antigens are missing, the need to match the blood type of the donor to the recipient is unnecessary. In addition, dried plasma can be stored for long periods of time without refrigeration and transported across great distances. Medics on the battlefield simply reconstituted the dried plasma by adding water before transfusion.

On the heels of his successful “Blood for Britain” campaign, Drew was asked to direct New York’s American Red Cross blood bank, tasked with the massive blood drive for the US military. Outraged by the policy to separate donated blood according to the race of the donor, a practice he denounced as unfounded by science, Drew resigned from the project. Howard University appointed him professor of surgery, and in 1943, he was asked to serve on the American Board of Surgery, the first African American to do so. Drew died tragically in an automobile accident while traveling to the annual free clinic in Tuskegee, Alabama. Despite his untimely death at only 45 years of age, Dr. Charles Drew is credited with significant advances to the field of blood transfusion, his techniques saving countless lives around the world. 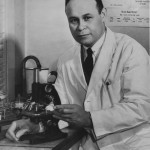 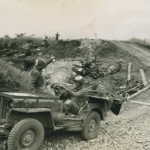 Italy. On the stretcher is a seriously wounded soldier who fell in the beachhead struggle. A medical aid man is giving him blood plasma, fighting to keep him alive while the driver moved the jeep slowly and carefully on the way to a rear medical station. 27 May 1944. 2002.337.580 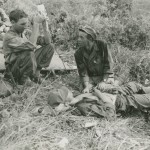