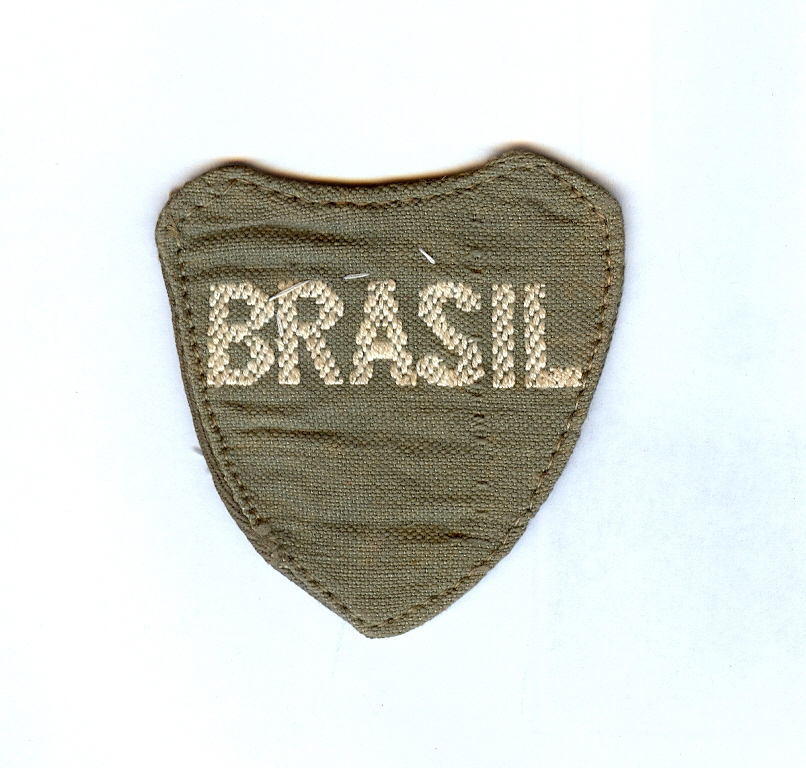 In 1942, Brazilian casualties numbered more than 1,000 at sea, all struck by German U-boats. Though the government under dictatorial President Getúlio Vargas sought neutrality—largely to avoid losing business with the powers on either side of the conflict—the people of Brazil largely commiserated with the Allied cause. On 22 August 1942, 70 years ago today, the nation of Brazil declared war on the Axis powers of Germany and Italy.

Prior to the official declaration, Brazil was cooperating with both the Axis and the Allies, though more economically than militarily. The United States had begun building air bases in Brazil in early 1942, but Brazil was still also working and trading with Germany and Italy. Shortly after agreeing to allow US air bases to be built, and while technically still neutral, Brazil had announced it would no longer deal diplomatically with Germany, Italy, or Japan in late January 1942. Six months later, however, Brazil officially sided with the Allies when it declared war.

The US air bases built in Natal and Recife would support aerial runs over North Africa, as well as to the China-Burma-India Theater. In addition to supporting existing American forces and missions, the Brazilians themselves fought on the ground in Italy under Gen. Mark Clark’s Fifth Army; the Brazilian Air Force was represented in the skies, flying American P-47 Thunderbolt, also over Italy; and the navy of Brazil also actively hunted the ever-present and devastating U-boats that had pushed the Brazilians into war against Germany. The Brazilians had other reasons for entering, as well. They hoped to improve their overall military and sustain that improvement after the war. They would be given much needed equipment and training from the US military.

Nearly 1,000 Brazilian lives of the more than 25,000 sent overseas as part of the Brazilian Expeditionary Force (FEB, short for Força Expedicionária Brasileira) were sacrificed in their effort to defeat fascism. 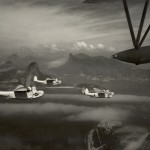 Three Martin Mariner seaplanes returning to base, the Corcovado mountains in the background. 1 February 1944. Gift of Charles Ives, 2011.102 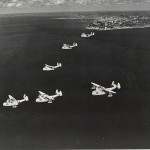 US Navy Martin Mariner seaplanes fly over the Atlantic on their way out from Bahia, Brazil. Gift of Charles Ives, 2011.102 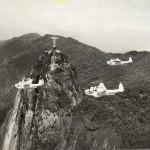 US Navy Martin Mariner seaplanes in flight over Rio de Janeiro, guarding convoys to and from Brazil. 1 February 1944. Gift of Charles Ives, 2011.102 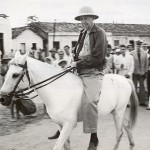 Southwest of Recife, Brazil, where a US air base was located, was a recreation center for men of the US Fourth Fleet. On horseback is Capt. Walter Gorden Roper, commanding officer of the center nicknamed Atlanta after his hometown. Gift of Charles Ives, 2011.102 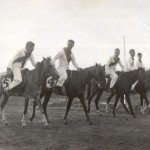 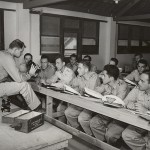 Hemispheric unity takes to the air at Natal, Brazil. In the US Brasilian Aviation Training Unit, Brazilian airmen are instructed by US Navy experts in operations and maintenance of American-built planes. Gift of Charles Ives, 2011.102 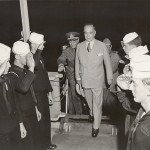 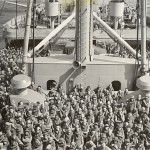 The 2nd Brazilian Expeditionary Force en route to Europe on the deck of a US Navy transport witness a Crossing-the-Line ceremony. 14 October 1944. Gift of Charles Ives, 2011.102 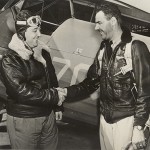 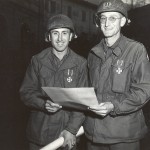 Capt. Eugene Barbero (left), a US ordnance officer assigned to the BEF, and Capt. Wilson Dickerson, a US field artillery officer, after being awarded the Brazilian military Order of Merit by Gen. Joao Batista Mascarenhas. 16 Novemebr 1944. Gift in Memory of William F. Caddell Sr., 2007.048 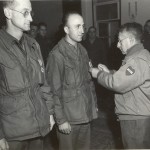 Gen. Joao Batista Mascarenhas of the BEF pins the Brazilian military Order of Merit on US Capt. Eugene C. Barbero, who was assigned to the BEF. 16 November 1944. Gift in Memory of William F. Caddell Sr., 2007.048 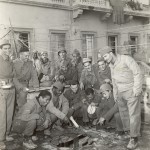 Group of Brazilian soldiers gather around a shell hole on the porch of the BEF command post in Italy.16 November 1944. Gift in Memory of William F. Caddell Sr., 2007.048 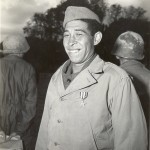 Cpl. Marcilio Juiz Pinto of Sao Paolo smiles with his Silver Star which he just received from Lt. Gen. Mark Clark. He is the first Brazilian enlisted man to receve a US decoration for bravery. 16 November 1944. Gift in Memory of William F. Caddell Sr., 2007.048 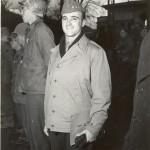 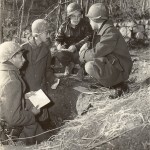 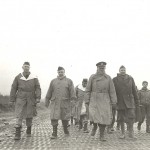 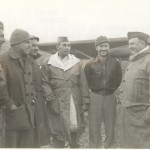 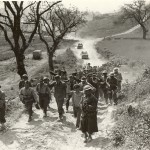