Archive for the ‘Worker Wednesday’ Category 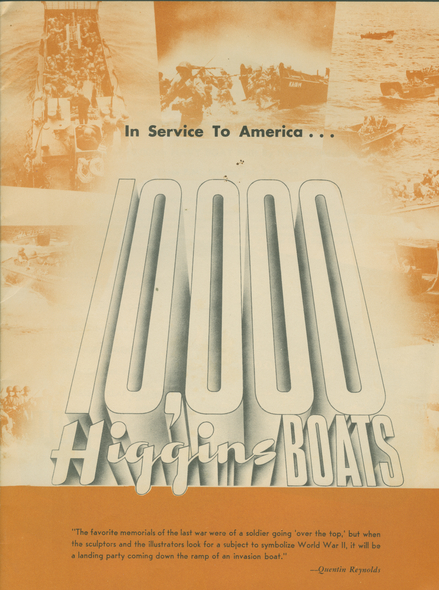 July 23, 1944, was a milestone in production for Higgins Industries. Seventy years ago today, Higgins Industries held an enormous celebration upon the delivery of the 10,000th boat to the Navy. The 10,000th boat, an LCM, was completed a day earlier and transported on a platform to the site of the celebration, New Orleans Lakefront. Not even two months following the D-Day landings at Normandy, Higgins staged a reenactment of those landings at New Orleans Lake Pontchartrain. A ship anchored in the lake unloaded troops onto landing craft which invaded the seawall of Lake Pontchartrain where thousands watched the display. PT boats also played a role in the show, patrolling the shores, and aircraft flew as if in defense against enemy aircraft. The ceremony was attended by Bureau of Ships chief Rear Admiral E.L. Cochrane, who in his address to the crowd called Andrew Jackson Higgins “a pioneer” in the field of landing craft. He praised the work and achievements of the men and women of Higgins Industries. 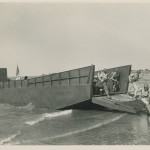 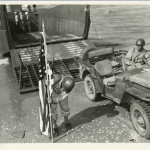 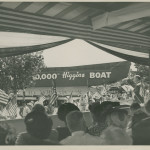 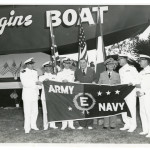 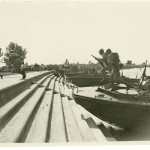 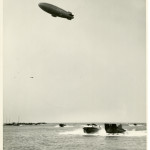 Antoinette “Toni” Miller (later Tamburo) worked as a clerk at the Higgins Aircraft facility in New Orleans. Like many other women who worked during WWII, Toni saved her pay stub as reminder of her wartime contributions. The pay stub in the gallery below dates from seventy years ago today. Toni worked over twenty hours of overtime and also put $11.25 of her total $88.11 toward war bonds. Following the war’s end, Toni was laid off from her job, only to be rehired months later in a reclassified position at a lower wage. Toni Tamburo devoted the bulk of her post-wartime career to teaching. 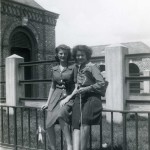 Toni (right) and friend at the Audubon Zoo in New Orleans. Gift of Theresa Tamburo, 2013.072 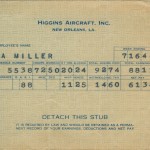 Like many other women who worked during WWII, Toni Miller saved her pay stub as reminder of her wartime contributions. Toni worked over twenty hours of overtime and also put $11.25 of her total $88.11 toward war bonds. Gift of Theresa Tamburo, 2013.072.002 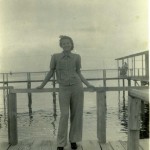 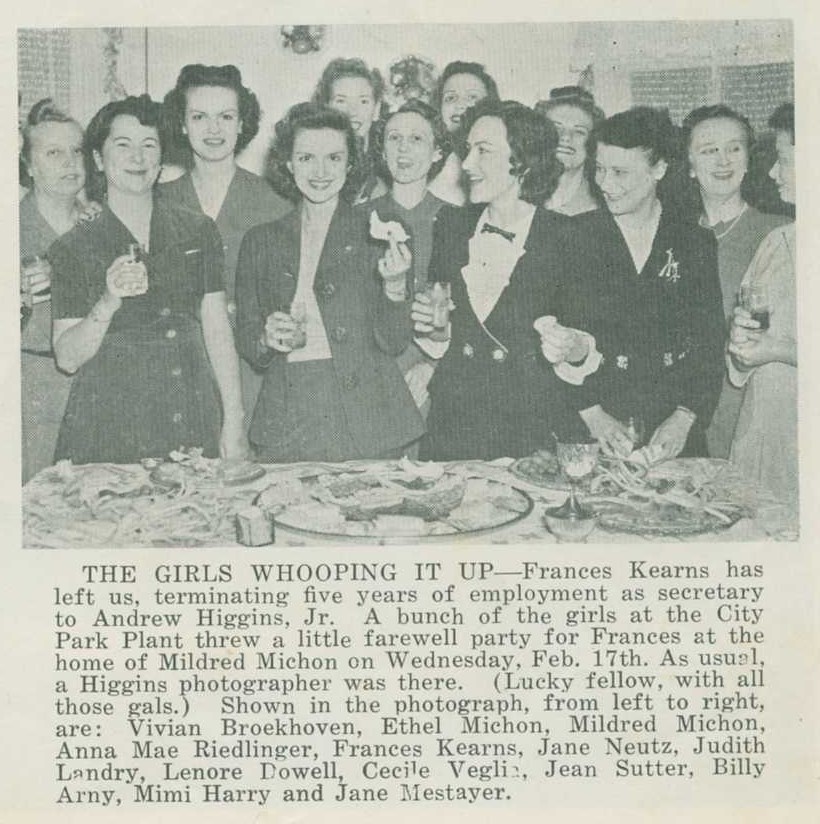 From the staff of Higgins Industries 70 years ago and from The National WWII Museum today, Happy Secretary/Administrative Professional’s Day.

This week, April 6-12, 2014 is the Week of the Young Child™, an annual celebration sponsored by the National Association for the Education of Young Children (NAEYC). In conjunction, this week’s Worker Wednesday touches on childcare in WWII.

April 1944 marked the end of the Higgins Industries publication, The Eureka News Bulletin and the rise of the new Higgins publication, The Higgins Worker. The new publication was more like a newspaper than a magazine—printed on newsprint, shorter in format and available to employees every Friday. The topics were current and concerned matters of everyday employee life, like childcare.

The need for womanpower during WWII brought to the forefront the issue of what to do with the kids while mom is at work. For the first time, there were more married women than single women in the workforce, some of them mothers. Childcare centers were opened around the nation. Federal subsidies from the Federal Works Administration provided extra support for communities, employers and families in need of childcare. Families paid fees which were capped at 50 cents per day in 1943 and 75 cents in July 1945. Some of them, including the one at Higgins Industries, even operated 24 hours a day, for mothers working evening and night shifts. The daycare at Higgins, opened 70 years ago this week, was located in Shipyard Homes, a public housing project established in 1943 to house employees and their families. In July 1944, there were a peak 3,102 federally-subsidized child care centers, enrolling 130,000 children. The center at the mammoth Kaiser Shipyards in Richmond, California could accommodate over 1,000 children. At the end of the war, many of the subsidized childcare facilities were closed under the assumption that the need was no longer there. California, the state with the most children enrolled in childcare, mounted the loudest protest against withdrawal of funding and some funds continued to flow into the program through early 1946. By July 1946, less than 1/3 of the wartime centers remained open.

The December 1943 issue of the Higgins Industries newsletter, The Eureka News Bulletin, included this warning, perhaps a reference to the excesses of the holiday season. 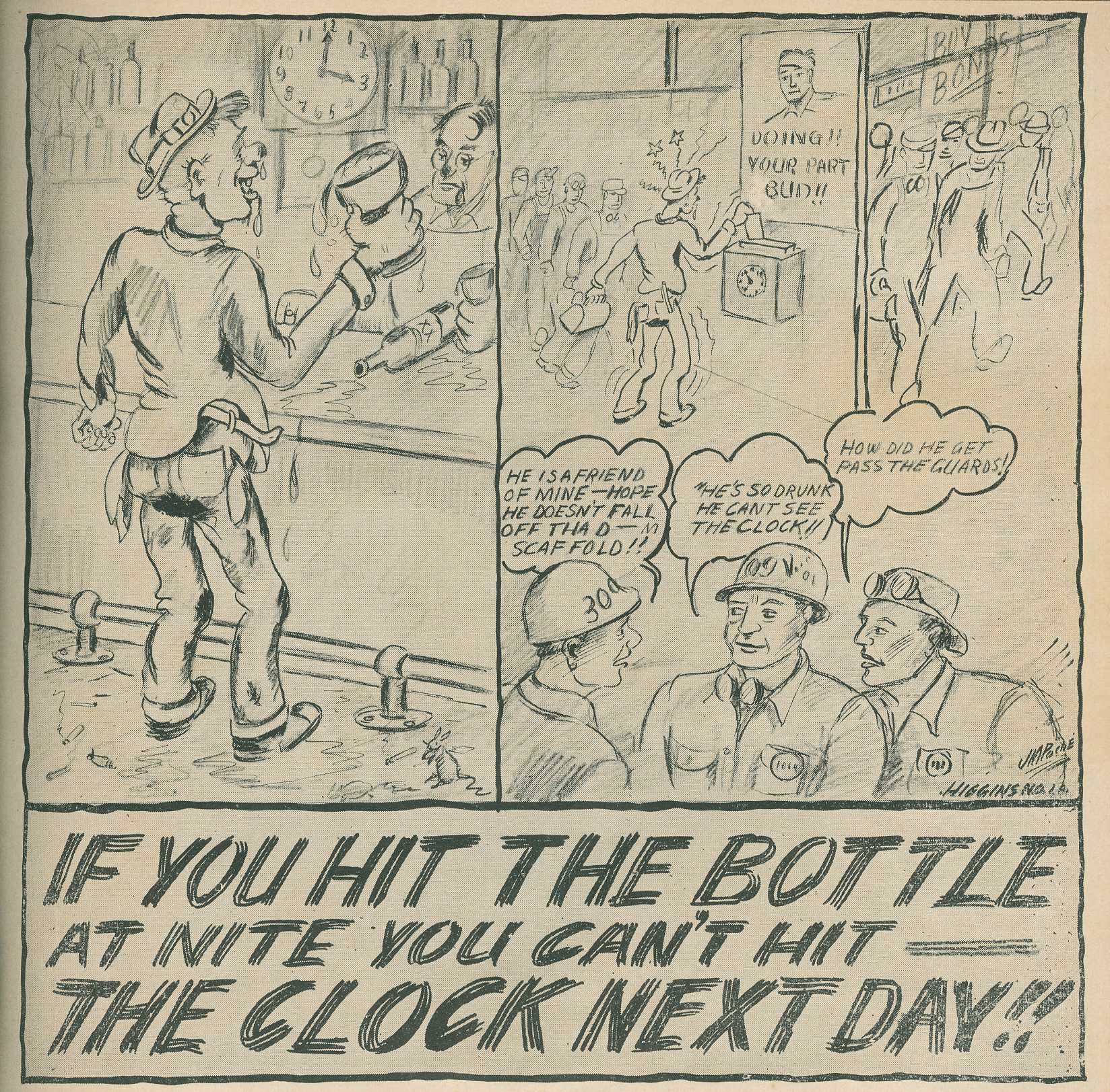 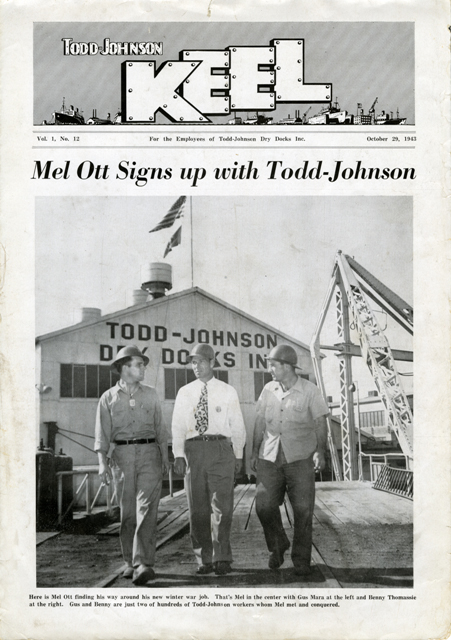 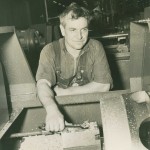 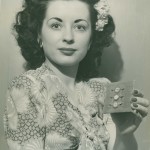 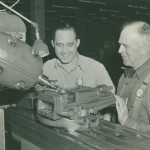 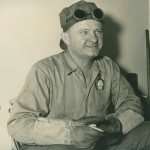 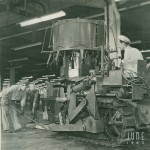 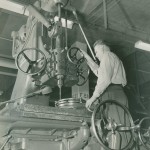 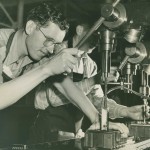 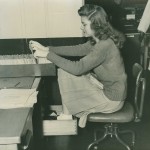 Pratt & Whitney produced more than 360,000 engines in support of the Allied war effort. See the Museum’s R-1830-90D Twin Wasp Engine, a gift of Pratt & Whitney on display in the US Freedom Pavilion: the Boeing Center. The Twin Wasp was a 14-cylinder, twin bank, air cooled radial engine. It as used on a great number of aircraft, particularly the B-24 Liberator, Grumman F-4F Wildcat, and Douglas C-47.

The July 1943 issue of the Higgins Industries publication, the Eureka News Bulletin featured this cartoon, courtesy of the Ingalls News (Ingalls Shipbuilding, Pascagoula, MS). Although Rosie the Riveter is now the most well known characterization of the female worker during WWII, other figures stood beside her (some clad in bathing suits). Bertha the Burner, Wendy the Welder and Jenny on the Job were just a few of the others. 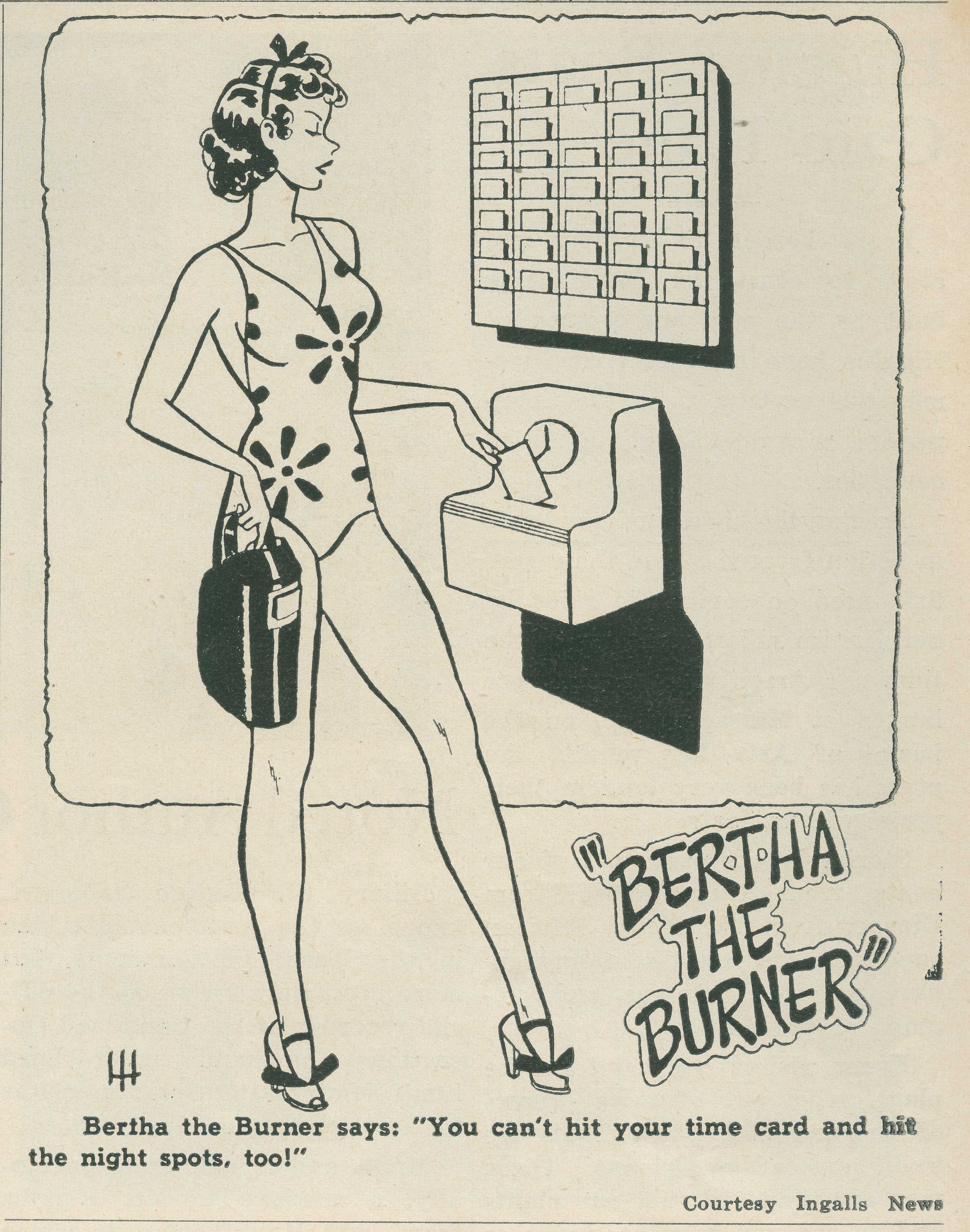 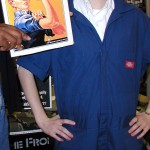 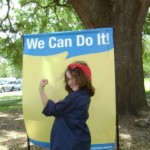 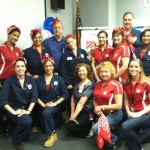 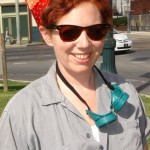 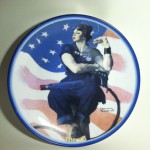 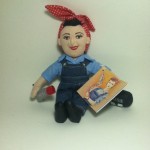 In her book, Our Mothers’ War: American Women at Home and at the Front During World War II, Emily Yellin quotes one ordnance worker as saying,” There is no glamour in pressing a lever five thousand times a day.”

This sentiment was illustrated on the cover of the  1943 Memorial Day issue of the Saturday Evening Post. On 29 May 1943, Norman Rockwell’s Rosie the Riveter made her debut. Rockwell’s inspiration was a 1942 song written by Redd Evans and John Jacob Loeb, and recorded by Kay Kyser. Rockwell often used his neighbors as models for his works and his Rosie was a 19-year old telephone operator from Arlington, Vermont, Mary Doyle.

Rockwell’s Rosie is a true multi-tasker. She balances a rivet gun in her lap, eats a sandwich, and nonchalantly steps on a copy of Hitler’s Mein Kampf. Rockwell ultimately illustrated over 300 covers for the Saturday Evening Post with the “Rosie” issue becoming one of his most popular. The original painting would go on the auction block at Sotheby’s and would sell to a private collector for close to $5 million. Fan correspondence and images of Rockwell’s work can be seen here in the Collection Highlights from The Normal Rockwell Museum in Stockbridge, Massachusetts.

J. Howard Miller’s “We Can Do It” propaganda poster is the image that is most often associated with Rosie the Riveter—a little thinner and a little more made-up.

Make your own Rosie poster (J. Howard Miller’s version) in our Kid’s Corner!