COUNTDOWN TO ROAD TO TOKYO: DOWNFALL 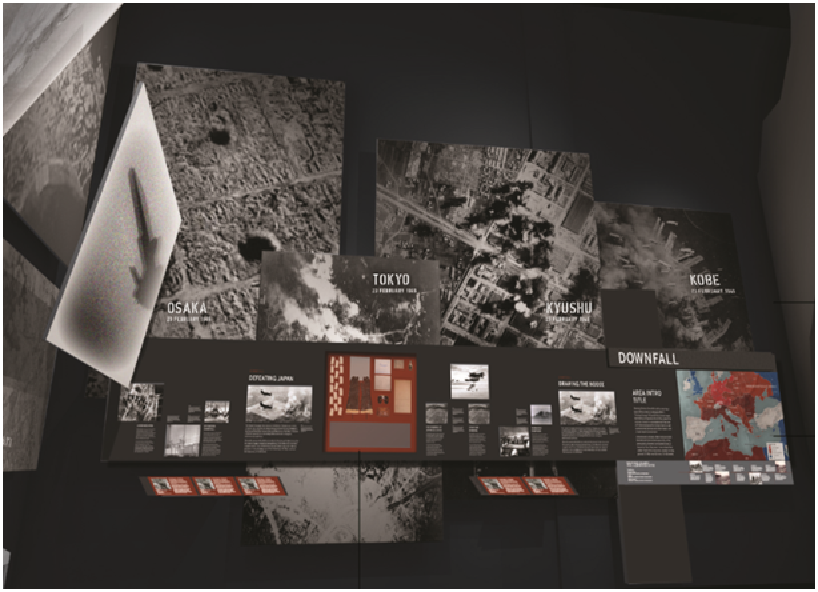 As we continue down the Road to Tokyo, we stop next at our final immersive gallery space, Downfall, which will examine the final months of the war and the world-changing military decisions which led to Japan’s ultimate surrender.

Unrestricted submarine warfare by the Allied forces were aimed to cut off Japan from shipping and trade while General Curtis LeMay’s low altitude bombing campaign incinerated Japan’s urban and industrial centers. With their economy destroyed, the Japanese could not produce the food and materials needed to carry on the war. The nation faced starvation. But the battles of Iwo Jima and Okinawa demonstrated that a fanatical will to resist animated the Japanese military and nation. The willingness to sacrifice and die for Emperor Hirohito allowed the Japanese military government to refuse to concede.

Therefore, the United States planned the largest amphibious invasion in world history, Operation Downfall. But instead of this invasion, the United States dropped atomic bombs on Hiroshima and Nagasaki, bringing the most violent, bloody conflict in history to a dramatic climax. Stunned by this new weapon which could wipe out an entire city, and accompanied by a declaration of war against Japan by the Soviet Union, the Japanese government asked for a peace settlement which spared Hirohito. The U.S. granted it. Victory in Japan Day, also known as V-J Day, occurred August 15, 1945, and American troops entered Tokyo unopposed at the end of August. A formal surrender agreement signed aboard the USS Missouri on September 2, 1945 finally ended the hostilities of WWII. Exhibits within Downfall will include Drawing the Noose, Defeating Japan, Dropping the Bomb and Surrender. 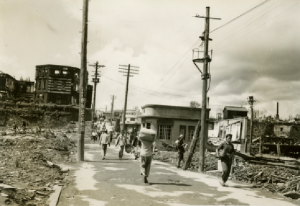 In an attempt to avoid a costly land invasion and force Japan to surrender, the Allies implemented a blockading strategy to prevent the Japanese from importing the vital natural resources they needed to continue the war. The Americans launched an aggressive submarine warfare campaign against Japanese merchant shipping and enforced a surface blockade. The exhibit will cover these naval tactics, as well as the firebombing campaign conducted by B-29 bombers which destroyed industrial operations and urban centers within Japan. Despite signs of their impending defeat, the Japanese military leadership vowed to continue fighting.

The Allied invasion of Japan, named Operation Downfall, was planned for November 1, 1945 at Kyushu, the third largest of the Japanese home islands. An invasion of Tokyo would follow in spring 1946. This exhibit will explain the preparations for the

operation and the defensive plan of the Japanese as they built up their resources on Kyushu and encouraged civilians to resist the invasion. Meanwhile, the atomic bomb was tested in New Mexico. The failure to force Japan to surrender through traditional bombing, and the heavy casualties predicted on both sides should the invasion occur, pushed American leaders to consider using this new weapon. The exhibit will detail the factors which informed the final decisions of the American leadership and cover the secret delivery of the atomic bombs to the Marianas Islands.

The Defeating Japan exhibit has been made possible through a generous gift in honor of Lt. William Mosey, Navy Air Corp, Lt. Jack Heise, Air Force.