In 1934 a young man just finished with his PhD in physics at the University of Wisconsin made a spontaneous decision. He turned down a postdoctoral appointment with Eugene Wigner at Columbia University, and decided instead to head to UC Berkeley and pursue work with a scientist he had just heard give a talk in Madison.

The dynamic Berkeley professor was Robert Oppenheimer, and the young protege was Robert Serber. Serber, like Oppenheimer, was a theoretician. Unlike most of his kind, he admired gadgetry and was fascinated with the methods of empiricists. After a few years of work with Oppenheimer, Serber took a position of the University of Illinois in 1938, where he and his wife Charlotte nee Loef settled until 1941. At that time Oppenheimer recruited them to move to Los Alamos to join the Manhattan Project. Robert would become Oppenheimer’s shadow, and Charlotte the head of the technical library (this made her the only female section leader during the war).

Serber had a great ability to explain things, and to link the general and theoretical with the specific and empirical. Los Alamos operated effectively by not limiting communication across departments. This also proved a challenge to introducing new team members to the mission of the group and the combined knowledge of the project. After a conference sponsored by Oppenheimer at Berkeley in 1942, summary lectures on the principles of fission and potential bomb triggering mechanisms were delivered by Serber at Los Alamos in April of 1943. Notes of these lectures, taken by Edward Condon, were collected for internal use, and named ‘The Los Alamos Primer.” Summarizing all the relevant knowledge held by those who created the first atomic weapons, the Primer was classified until 1965. By then the field had developed enough to make its contents not very useful for engineers. However, it is priceless to historians studying the development of the project.

Serber was quick-minded and practical enough that he was the man sent to Tinian advise the military as they loaded and activated the bombs. He also was the one who gave them the names “Little Boy,” and “Fat Man.” Serber was on the first team of Americans who entered Hiroshima and Nagasaki to evaluate the results of the bombings.

The post-war years were a little rough for Serber, as an attempt was made on his life in 1947 by an anti-communist activist, and then he was swept up in some of the McCarthy era mess, mostly because of his family’s Jewish and Socialist leanings, and his close association with Oppenheimer. Angered by the government’s failure to give him a security clearance to go to a meeting in Japan in 1952, he refused to stay at Berkeley because California professors were required to swear an oath of loyalty to the US Government. He moved to Columbia where he stayed through his wife’s death in 1968, until his retirement in 1978. He died in 1997 from complications of surgery to treat brain cancer. 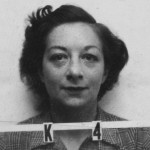 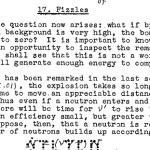 My favorite section of the Primer--'Fizzles' 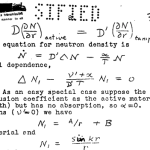 Some beautiful calculus from the Primer 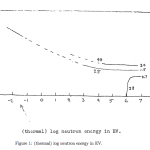 A graph from the primer on Neutrons and electrical fields. 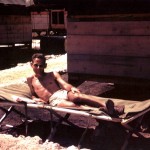 All images from Wikimedia, except those from The Los Alamos Primer, which can be accessed here.