With a fundraising goal of $15 billion, individual sales of $100 denomination series E bonds would need to double.  The public’s effort surpassed the goal outlined by Roosevelt, reaching almost $19 billion by the drive’s close on October 2, 1943.  Everyday citizens often purchased savings bonds while certificates of indebtedness and treasury notes were generally held by banks and corporations.  The popular E series bond could be purchased for 75% of its ultimate value.  For example, a war bond costing $75 matured in ten years to a $100 payout.  Almost 70% of the Series F and Series G Bonds sold during the Third War Loan were purchased by individuals.  These savings bonds, available in denominations up to $10,000, earned compounding interest and matured in twelve years.

In addition to funding the costs of global conflict, war loan drives served an important role in reducing inflation.  During times of inflation, the supply of cash is plentiful, decreasing demand and lowering the value of money.  Inflation is apparent when we compare prices of the past to those of today.  For example, a candy bar that cost 5 cents in 1942 costs 99 cents today, an almost 1900% increase. 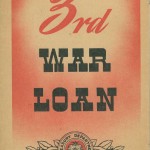 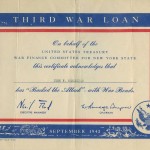 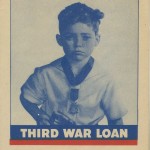 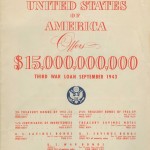 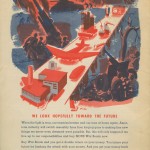 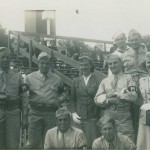 Gift of Holly Reynolds, 2011.466
Ushers at the "Back the Attack" Army show in Washington DC for the Third War Loan

Compare prices of 1942 to today in our free lesson plan, Those Were the Days My Friend.