Sir Bernard Lovell, physicist and radio astronomer, died on August 6, 2012 at the age of 98.  Well known for his development of the first radio telescope, it was Lovell’s work on radar technology used to detect German submarines surfacing under the cover of darkness that aided the Allies in reducing shipping losses in the Atlantic during WWII. 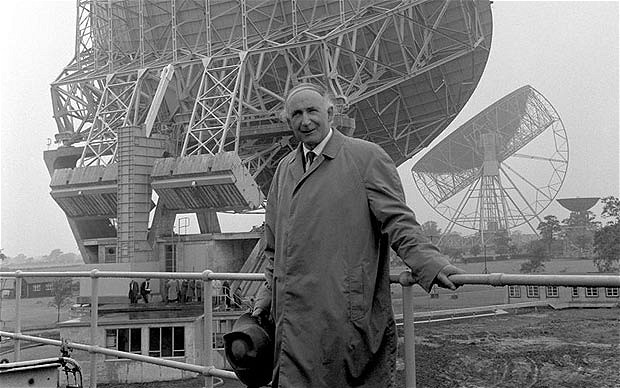 Here is Sir Bernard Lovell with the Jodrell Bank telescope used to track the activity of space vehicles including the launch of Sputnik during the early years of the space race, providing an independent source of news during the Cold War.  The telescope was discreetly turned toward the USSR during the Cuban Missile Crisis in October 1962.  Photo: PA