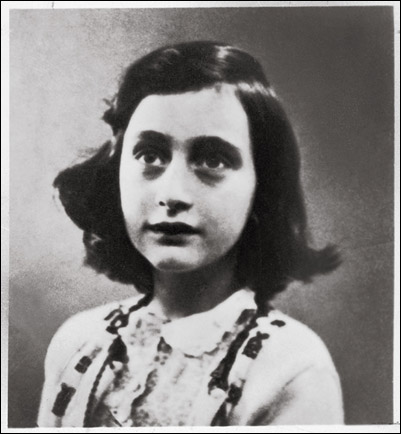 Just 22 days before going into hiding with her family and neighbors, Anne Frank was celebrating her thirteenth birthday much like any other young girl. She woke up early, too excited to sleep, and unwrapped presents like board games, chocolate and the journal that she would use to write one of the most prolific and influential accounts of the Holocaust. Published in more than 60 languages, Anne’s account of the two years she and her family spent in a neighbor’s sealed-off annex reveals a human side to the suffering that has become required reading for schoolchildren around the world.

Anne was born in Frankfurt and was a German national, though her family moved to the Netherlands in 1933 after the Nazis rose to power. Early in 1940, the Franks found themselves trapped in Amsterdam under increasingly oppressive anti-Semitic laws; Anne and her sister Margot were removed from their classes and enrolled in the Jewish-only school; their father, Otto, had to give up his businesses in order to save them from going under entirely; Anne, who dreamed of being an actress, found herself banned from something as simple as going to the movies. In 1941, they lost their German citizenship.

On July 5, 1942, Anne notes in her diary that her father is planning to evacuate the family in anticipation of Nazi orders to do so. For several days, there are no journal updates, and on July 8, Anne reveals that the family received a notice ordering Margot to report to a work camp. They wait until morning to make their escape, wearing layer upon layer of clothing to avoid carrying conspicuous luggage. This was the last time Anne would be outdoors until the family was found and arrested two years later. She died just weeks before the liberation of Bergen-Belsen during a typhus epidemic that would claim roughly 17,000 prisoners.

The publication of Anne’s diary allowed for those far away from Europe to feel a human connection to the atrocities. Many survivors joined relatives in countries like the United States, and Anne’s story served as an important tool in understanding the trauma these survivors had been through. In my hometown of Queens, NY, I lived amongst a large survivor population that still could not talk about what happened to them forty years later. When I asked my grandmother what the numbers tattooed on her neighbor’s arm meant, she walked over to her bookcase and pulled out my mother’s copy of Anne’s diary.

Anne never intended to become one of the most powerful symbols of one of history’s worst tragedies, writing:

“It’s an odd idea for someone like me to keep a diary; not only because I have never done so before, but because it seems to me that neither I – nor for that matter anyone else – will be interested in the unbosomings of a thirteen-year-old schoolgirl.”

The Holocaust at a Glance

The Holocaust by the Numbers

June 13, 1942: The Office of War Information is Created National History Day Showcase at the National Museum of American History