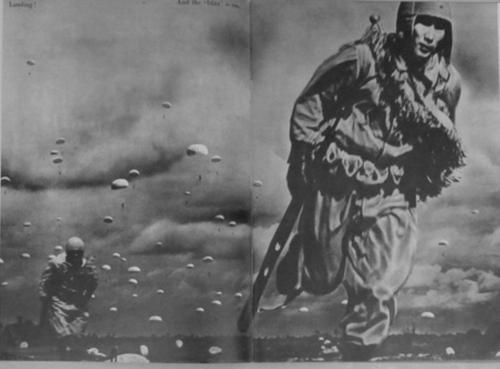 The Japanese had their eyes on the Dutch East Indies island of Sumatra (today part of Indonesia) following their remarkable successes in Malaya and Singapore. Java would be the next step in the process to both gaining necessary materiel and blocking Allied supply lines. The lack of oil on mainland Japan—and the Allied oil embargo ensuring that lack remained—was an important reason Japan was willing to go to war in the first place.

On 14 February 1942, several hundred Japanese paratroopers jumped into Palembang, Sumatra in order to capture its oil fields. By 16 February, they had succeeded in securing Palembang with its oil-refining infrastructure completely intact, although it would be more than a month before the rest of Sumatra was taken. All Allied air power was transferred to Java on the 16th, as the coming assault of that island was anticipated; Java was indeed attacked before Sumatra was secure, on 27-28 February. Sumatra was surrendered on 28 March. With rich oil resources falling to the Japanese like dominoes, the broad and swift southward assault of the Rising Sun would only be hastened and strengthened.