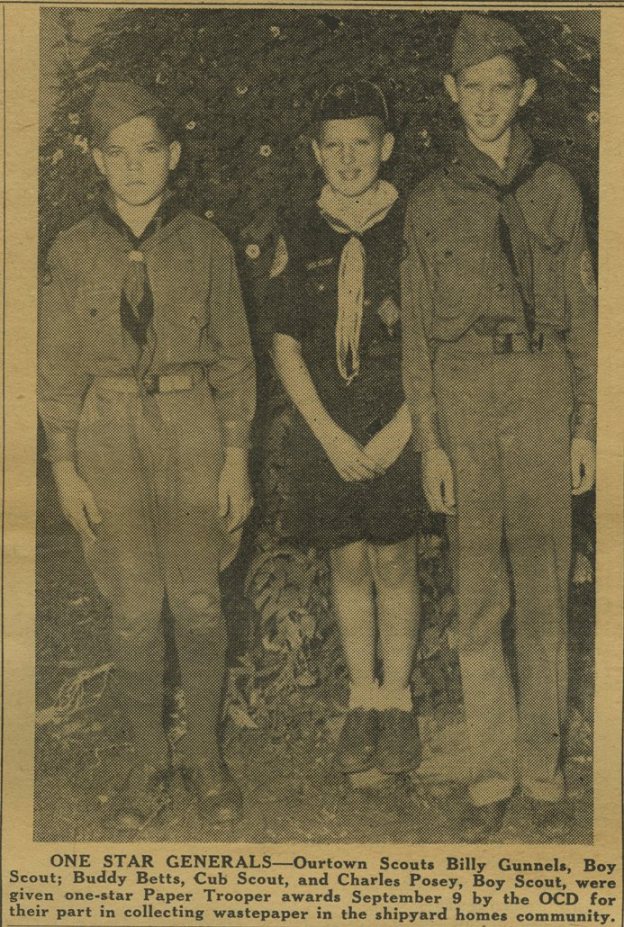 The third installment of Worker Wednesday features Ourtown, the settlement of Higgins employees that evolved from Shipyard Homes near the Industrial Canal operations of Higgins Industries. By 1944, Ourtown had grown into a thriving community with over 750 residential units. Ourtown had many of the features of other wartime neighborhoods– its own Red Cross chapter, Girl and Boy Scout troops, victory gardens, a primary school and library. Pictured in the Higgins Worker from Friday, September 22, 1944, are three of Ourtown’s Scouts participating in the Office of Civilian Defense’s (OCD) efforts to collect waste paper. The War Production Board created a program called “Paper Troopers” to engage the nation’s students in salvage efforts. Successful Paper Troopers could earn awards and advance in rank.