Howard Florey, who developed penicillin, was born in Australia on September 24 1896.

Florey came to England to study at Oxford University as a Rhodes Scholar, and received his BA and MA from Magdalen College before earning his PhD at Cambridge University. Later Florey was appointed a professorship in Pathology at Lincoln College, Oxford University, where he led a research team. In 1938, having read Alexander’s Fleming’s papers on the effects of Penicillium mold on bacterial growth, he decided to try to find extracts of the mold that might be used to treat infection. His team began experiments in mice with some success.

In 1941 his team used extracts of the fungus to treat a hospital patient’s severe infection caused by Staphylococcus and Streptococcus. The treatment proved effective–until they ran out of extract and the patient worsened and died. They continued their work but were still having trouble producing large quantities of the active chemical. With German bombing campaigns wreaking havoc on British infrastructure and economics, Florey and a colleague set off for the US. There they hoped to convince pharmaceutical companies to help them develop a process for producing large quantities of the chemical.

The development of penicillin was still slowed by technical problems. However, the War Production Board decided penicillin would be an important resource in the war effort, and in 1942 moved to get the USDA labs involved in production. The USDA scientists and engineers identified a potent strain of Penicillin, and chemical engineer Margaret Hutchinson Rousseau developed a large-scale process to grow the fungus and isolate the penicillin from the culture. In spring of 1944, just in time for the final planning of the Allied invasion of France, penicillin was available for treatment of soldiers.

Sulfa antibiotics were still the first line of defense against wound infections in WWII. Soldiers were all given a bandage kit with a packet of sulfa powder in it. Together, sulfa and penicillin saved millions of lives, as the mortality of the wounded was much lower in WWII than in WWI.

The American public had access to penicillin after the war, and this first fungal-based drug revolutionized medicine.

Howard Florey shared the 1945 Nobel Prize for Medicine with Ernst Chain and Alexander Fleming. Chain was a Jewish German refugee who was the biochemist on Florey’s pathology team.

In 1945 Dorothy Hodgkin, a pioneer in the use of X-ray crystallography to identify the structure of biological molecules, described the structure of penicillin. This allowed later chemical synthesis of the molecule, and further development of antibiotics. She was awarded the Nobel Prize in Chemistry in 1964 for her work in X-ray crystallography. In addition to penicillin, she described the structure of pepsin, vitamin B12, and insulin. She taught chemistry for many years–her most famous student was Margaret Thatcher. 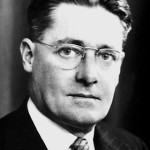 Howard Florey, Australian born scientist who studied at Oxford and Cambridge, led a pathology research team studying penicillin, and came to the US in 1941 to develop it as a drug. He shared the 1945 Nobel Prize in Medicine. 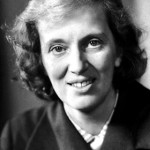 Dorothy Hodgkin, an British citizen born in Cairo, was a pioneer of X-ray crystallography who won a Nobel Prize for her work in identifying the structures of biological molecules, including penicillin. 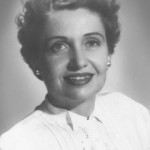 Margaret Rousseau was the American chemical engineer who designed the production process and factory that made all the penicillin used in WWII. 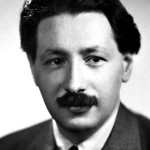 Ernst Chain, a German born Jewish refugee, was the biochemist on Florey's Pathology team, and shared the 1945 Nobel Prize. 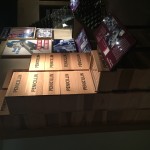 All images from Wikimedia Commons.