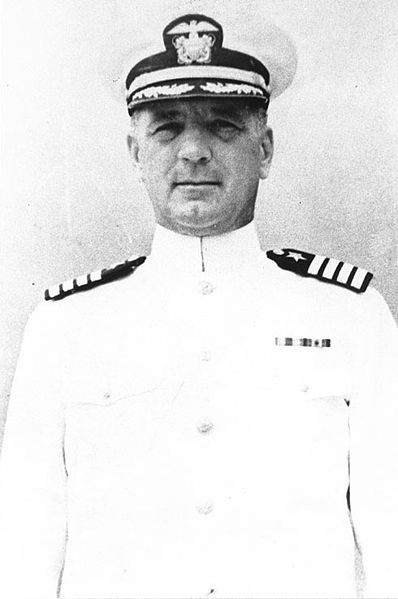 On March 1, 1942, Captain Albert Harold Rooks, along with the majority of the crew of the USS Houston perished in the line of duty. The mere 368 survivors of the crew of more than 1,000 would be taken into captivity by the Japanese for the duration of the war and subjected to hard labor. Rooks was posthumously awarded the Medal of Honor for his actions aboard the Houston.

For extraordinary heroism, outstanding courage, gallantry in action and distinguished service in the line of his profession, as commanding officer of the U.S.S. Houston during the period 4 to February 27, 1942, while in action with superior Japanese enemy aerial and surface forces. While proceeding to attack an enemy amphibious expedition, as a unit in a mixed force, Houston was heavily attacked by bombers; after evading 4 attacks, she was heavily hit in a fifth attack, lost 60 killed and had 1 turret wholly disabled. Capt. Rooks made his ship again seaworthy and sailed within 3 days to escort an important reinforcing convoy from Darwin to Koepang, Timor, Netherlands East Indies. While so engaged, another powerful air attack developed which by Houston’s marked efficiency was fought off without much damage to the convoy. The commanding general of all forces in the area thereupon canceled the movement and Capt. Rooks escorted the convoy back to Darwin. Later, while in a considerable American-British-Dutch force engaged with an overwhelming force of Japanese surface ships, Houston with H.M.S. Exeter carried the brunt of the battle, and her fire alone heavily damaged 1 and possibly 2 heavy cruisers. Although heavily damaged in the actions, Capt. Rooks succeeded in disengaging his ship when the flag officer commanding broke off the action and got her safely away from the vicinity, whereas one-half of the cruisers were lost.

Related Post: VIDEO The Battle of Java Sea and the USS Houston