Museum Curator, Larry Decuers, reported this morning from Normandy, where he is escorting the Museum’s Allied Invasion in Normandy Tour.

06:36, H-hour, D-Day+ 69 years. We travel to the Vierville draw, where A company, 116th regiment, 29th division came ashore at this precise moment 69 years ago today. Everyone reflects on the sacrifice of these young men in a moment of silence which is gently broken by ‘Amazing Grace’ played on the bagpipes. Simply breathtaking. 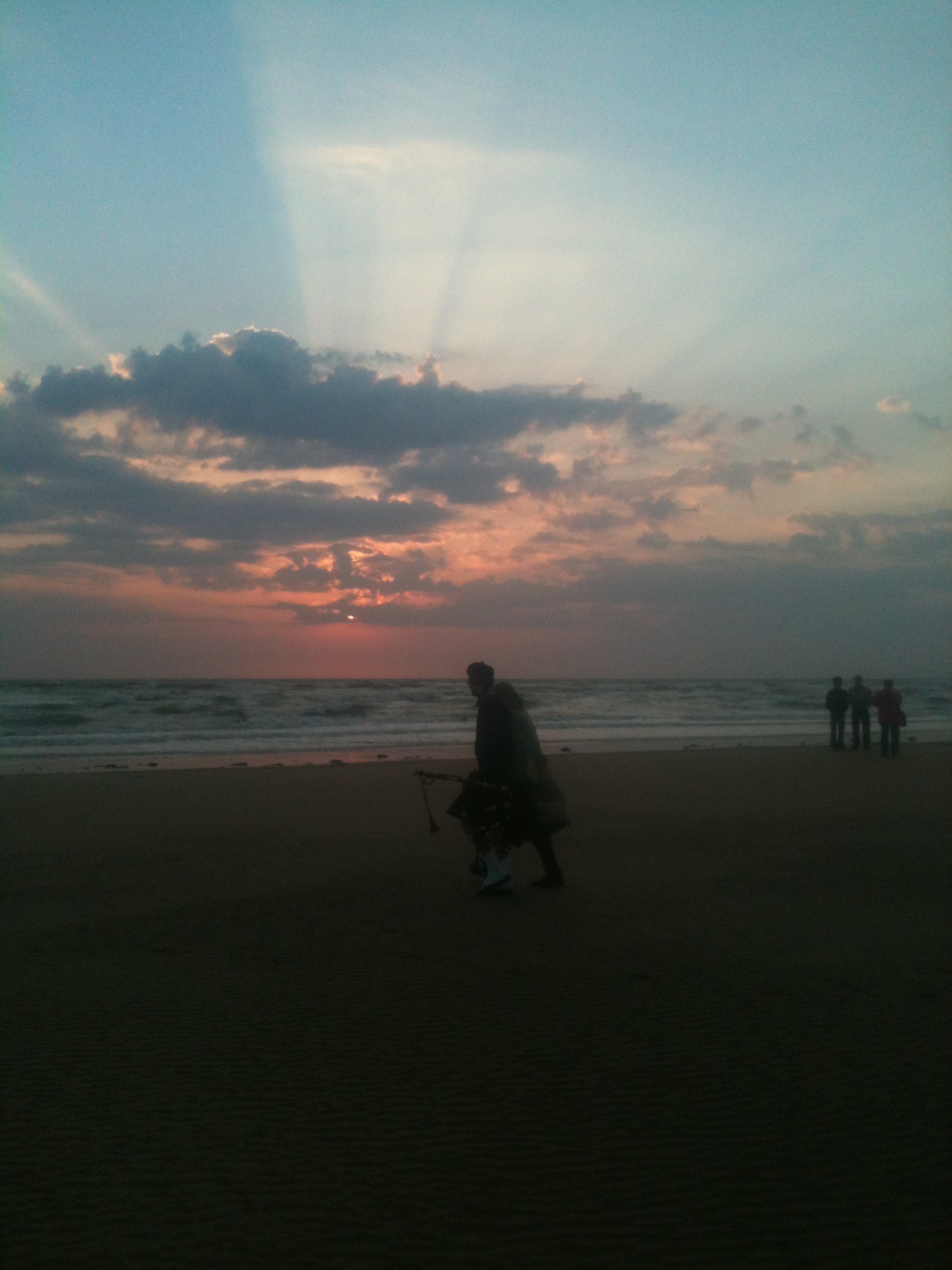 We are thrilled that Alex Kershaw, bestselling author of The Bedford Boys, The Longest Winter, The Few and Escape from the Deep, will be the featured historian for our two-part Victory in Europe tour, scheduled for May 30 – June 15, 2012. The tour follows the journey of American troops from England to the beaches of Normandy and through the Ardennes Forest.

Travelers will visit the D-Day headquarters in England where General Eisenhower ordered the start of the Allied assault, then travel to Normandy where they will retrace the greatest amphibious invasion in history. There, they will pay homage to the American troops who lost their lives by visiting the American Cemetery at Omaha Beach. Other noteworthy sites early in the tour include Pegasus Bridge, Sainte Mère-Église and Brécourt Manor. WWII veteran Dan Farley and Viscount Montgomery of Alamein will be with the group as special guests for the Normandy portion of the trip.

The second leg of the Victory in Europe tour kicks off with an exclusive look at the Battle of the Bulge, the largest WWII land battle involving American forces, and one that repelled a last-ditch effort by Hitler to turn the tide of the war. Sites visited will include the infamous Seigfried Line and Bastogne. Travelers will also be able step into actual foxholes and trenches along the famed Elsenborn Ridge. In addition to Alex Kershaw and Jeremy Collins, The National WWII Museum’s tour leader, the second part of the Victory in Europe tour will be led by WWII veteran Carl Beck and special guest Roland Gaul.

Watch the following video for a sneak peek of Alex Kershaw describing key stops on what is sure to be a once-in-a-lifetime trip.