I am often asked about the variety of items we receive in the Collections & Exhibits Department from donors to the Museum. Donations run the gamut; from weapons, uniforms, and flags to letters, scrapbooks, and photographs. Sometimes collections come to us with little or no information, this can make for some fun and yet exhausting research by our curators, archivists, and collections staff. Other collections come to the Museum heavily researched and with a thorough provenance. Then there are those rare and serendipitous occasions in which one collection seems to provide insight to another. 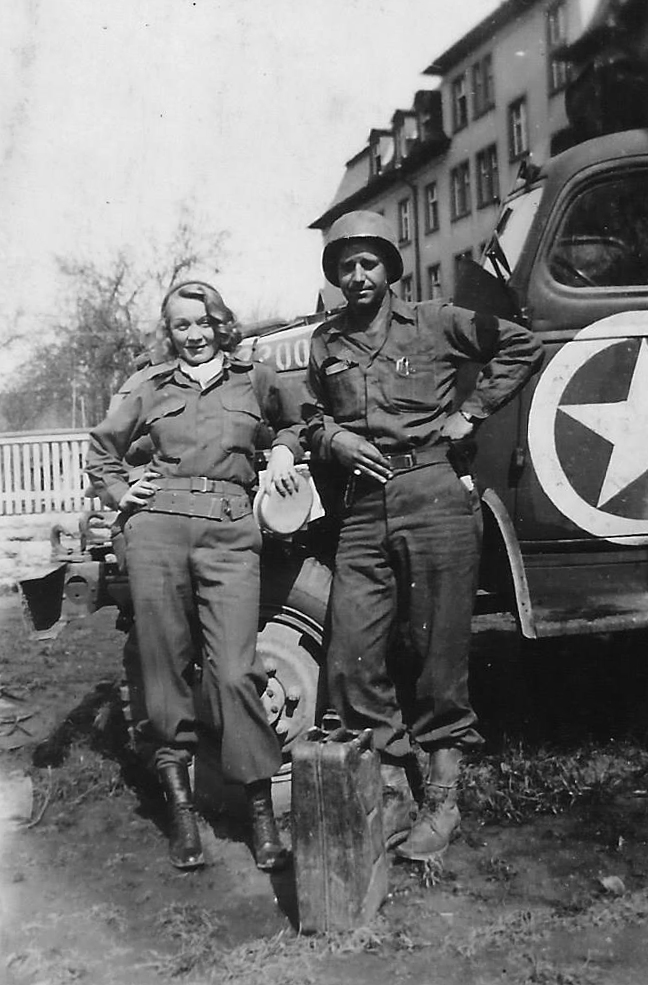 A few months ago, we performed a condition check on an item in our holdings. The item was a banner that had been painted in France by Cpl. Norman E. Lin and was donated to the Museum by J.J. Witmeyer and the 314th Infantry Association WWII. The immense banner was well preserved and the colors seemed as bright as the day they were painted by Cpl. Lin back in 1945. The banner celebrated the stateside return of the US Army’s 79th Infantry Division, nicknamed the Cross of Lorraine Division for their exceptional effort in France during WWI. During WWII the 79th came ashore in Normandy a few weeks after D-Day and fought their way through France, Belgium and then into Germany. After inspecting the banner and conducting a condition report, we snapped a few photos and returned it to our vault. We assumed that the banner was used onboard a ship but we were unsure on the details and we all wanted to know more about this object.

Enter the Marvin Ryman Collection. About a month ago, Bill Ryman, a visitor from Kansas City, Missouri, dropped by the Museum to ask if we were interested in his father’s wartime scrapbook. Bill’s father, Marvin Ryman, had served with the 84th Infantry Division in Europe and had shot several photographs during his time in service. The 84th hit Omaha Beach in November of 1944 and fought their way through the Netherlands and into Germany, then to Belgium, and then returned to Germany until the end of the war. The photos highlighted Ryman’s military journey from start to finish. The images included photos from his initial training and even one of Ryman with Marlene Dietrich.

One tiny picture in particular stopped us all in our tracks. It was an image that Ryman had made on 28 November 1945 in Marseilles, France prior to boarding the SS CCNY Victory for his trip back to the United States. How is this for a photo? Anything look familiar on the side of the ship?

As I mentioned, sometimes collections can offer clues that help us with other collections. 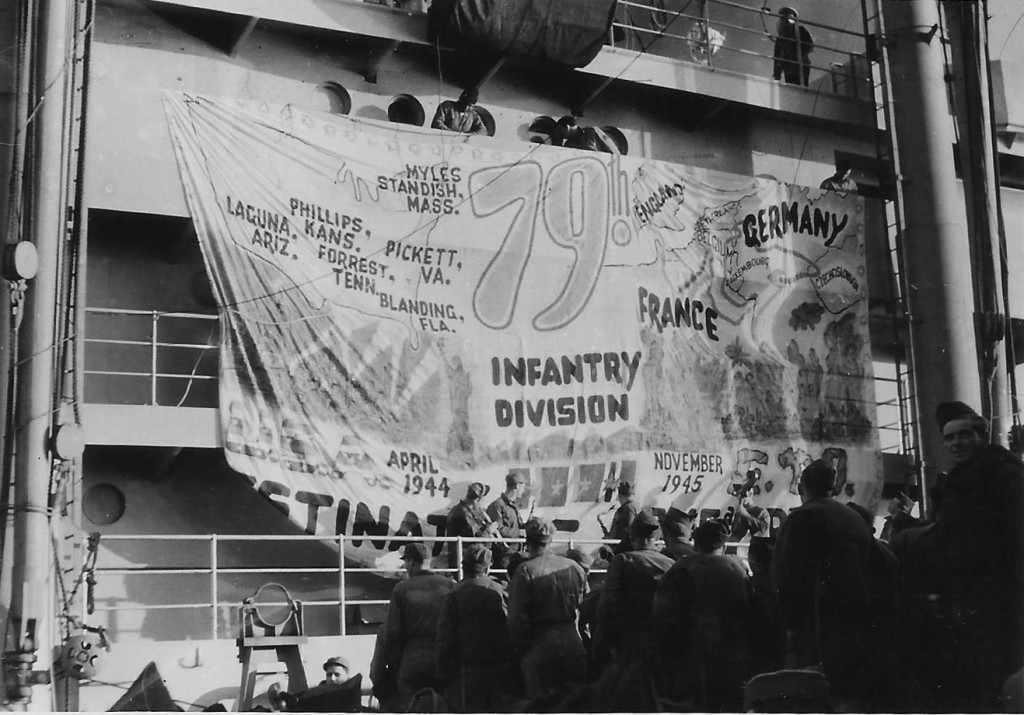 Photographs courtesy of Bill Ryman and The National WWII Museum.