Today marks the 70th anniversary of the opening shots of the Naval Battle of Guadalcanal, a series of vicious battles between the US and Japan that helped to bring about the end of the Guadalcanal campaign. The battles were triggered by a major Japanese attempt to eliminate the US beachhead surrounding Henderson Field. A powerful Japanese surface force composed of two battleships, one cruiser and eleven destroyers sailed for Guadalcanal on 12 November with the intention of shelling Henderson Field into oblivion. The Japanese force was soon spotted by aerial reconnaissance and Allied coast watchers.

Meanwhile, a large American resupply convoy arrived at Guadalcanal on the 11th. Their unloading efforts were quickened once word of the approaching Japanese force reached Guadalcanal on the 12th. As the transports and their escorting cruisers and destroyers attempted to clear the area, they came under attack by a large formation of Japanese G4M “Betty” bombers. Most of the attackers were shot down by concentrated anti-aircraft fire and Wildcats from Henderson Field, but one “Betty,” probably with a dead pilot, crashed into USS San Francisco’s aft machine gun platform and then fell overboard into the sea. 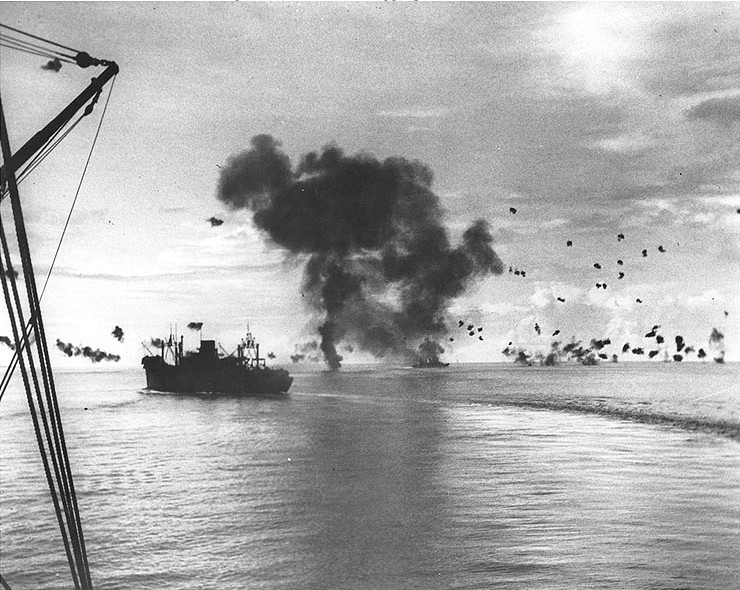 USS San Francisco (center) burns after being struck by a “Betty” bomber.

Fifteen men were killed in the crash, including all twelve men on the machine gun platform. Each of those men, who kept firing at the plane even as it crashed into them, were honored by having a destroyer escort named after them. One of those ships, the USS Slater DE-766, is preserved today as a floating museum in Albany, New York. 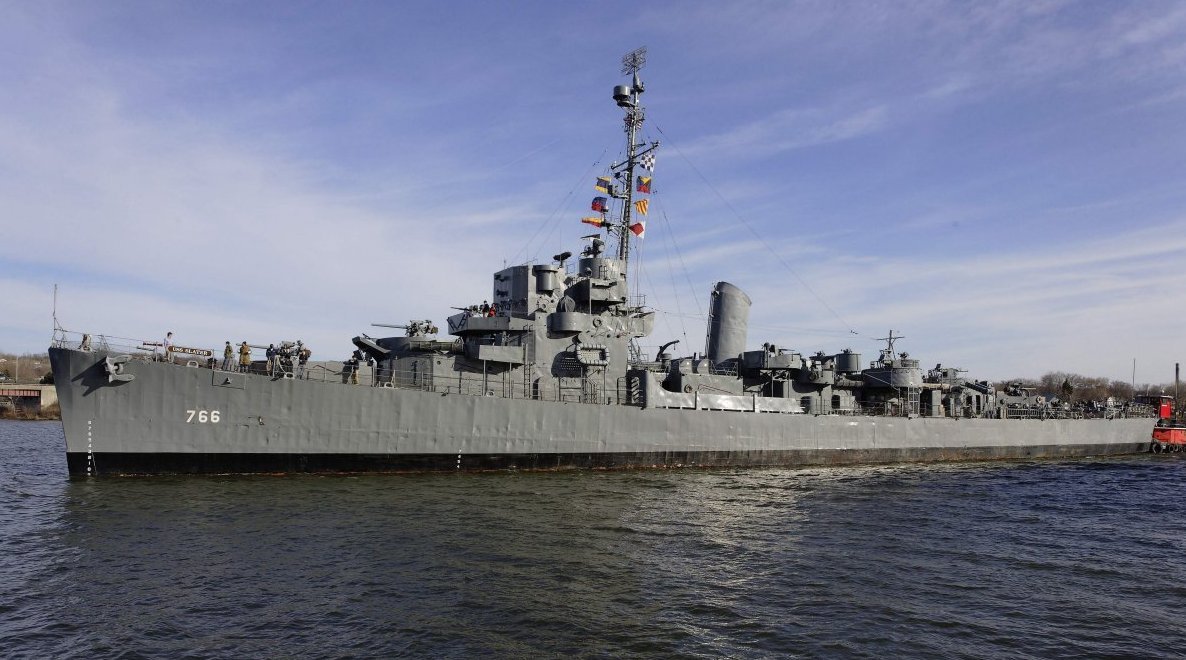 After the transports cleared the area, the escorting cruisers and destroyers were ordered to turn back and attempt to drive off the approaching Japanese surface force. Although the American ships were vastly outgunned, they were the only US warships available at the time. As daylight faded on the evening of 12 November 1942, the US and Japanese forces steamed towards each other. They would soon meet in one of the shortest and bloodiest naval battles of the Pacific War.

The Battle of Cape Esperance 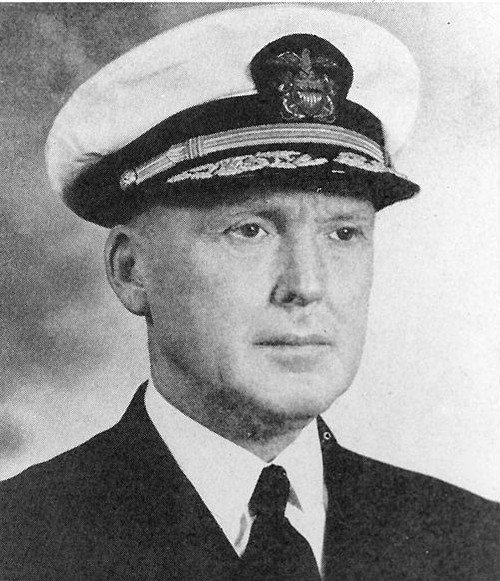 Today marks the 70th anniversary of the start of the Battle of Cape Esperance, the second major naval battle to occur at night during the Guadalcanal campaign. Although strategically unimportant, the American victory at Cape Esperance proved to be a much needed morale boost for the US Navy.

Prior to the Battle of Cape Esperance, the Imperial Japanese Navy was the uncontested master of the water around Guadalcanal at night. Japanese ships used the cover of darkness to bring supplies and reinforcements to the men struggling to recapture Henderson Field from American soldiers and marines. These resupply runs, known as the “Tokyo Express” frequently included bombardments of Henderson Field by Japanese cruisers and destroyers.

After two months of uninterrupted trips to Guadalcanal, the Japanese had grown complacent. And so it was that on the night of 11-12 October 1942, a Japanese bombardment force of three heavy cruisers and two destroyers was ambushed by an American task force under Rear Admiral Norman Scott.

Scott’s force of four cruisers and five destroyers first spotted the Japanese warships at 11:43 p.m. on the 11th. The Japanese commander mistakenly believed that the unidentified ships were a Japanese resupply convoy, so he ordered his ships to turn on their recognition lights. Immediately after the lights went on, the Japanese ships were deluged by American shells. What followed was nearly forty minutes of chaos as both sides fired at shell flashes and launched torpedoes in the darkness. 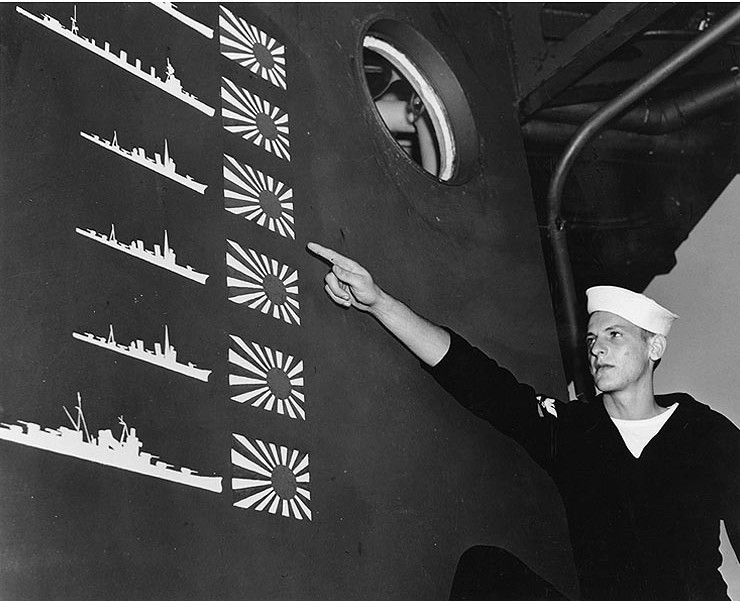 The Japanese cruiser Furutaka and the destroyer Fubuki were sunk, and the cruisers Aoba and Kinugasa were damaged during the battle. On the American side, the USS Duncan DD-485 was sunk, and the USS USS Salt Lake City CA-25, USS Boise CL-47, and USS Farenholt DD-491 were all damaged.

Tactically, the Battle of Cape Esperance was an American victory. The Japanese bombardment force was turned back after suffering major damage. Strategically though, Cape Esperance was a minor victory at best. Although Scott’s force bought Henderson Field one night’s reprieve from bombardment, he did not stop the Tokyo Express. In fact, a Japanese reinforcement convoy landed troops and supplies on Guadalcanal while the battle raged. However, the Battle of Cape Esperance provided a critical morale boost for the US Navy when it was desperately needed. Norman Scott and the ships under his command put the first dent in the Imperial Navy’s seemingly impenetrable armor 70 years ago today. 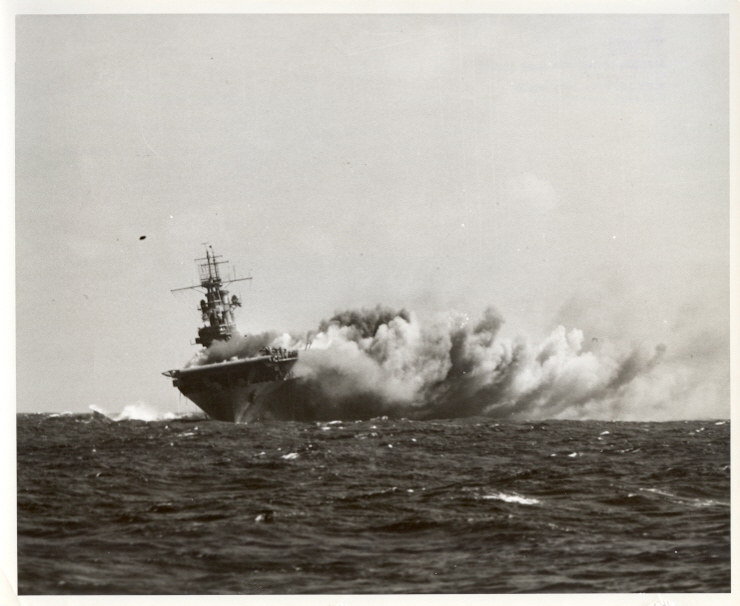 The USS Wasp (CV-7) was laid down on 1 April 1936, and commissioned on 25 April 1940. The [exceptionally small] aircraft carrier was built according to proportions agreed upon at the Washington Naval Conference in 1922. For the Wasp, this meant displacing no more than 15,000 tons. To build such a light aircraft carrier meant doing without much armor at all, which certainly contributed to the ship’s demise on this day 70 years ago, 15 September 1942.

Before America declared war, the Wasp was one of several ships that participated in the transport of US aircraft to Iceland in late summer 1941. After months spent training and patrolling the Atlantic—and an American declaration of war—Wasp was sent once again to ferry aircraft on behalf of the British RAF for actions at Malta in April 1942, and a return trip a month later to replace heavy aircraft losses in the first go-round.

After losing two carriers in naval combat (Lexington at Coral Sea and Yorktown at Midway), the Wasp was suddenly in high demand in the Pacific. With the American invasion of Guadalcanal in the works by July 1942, the Wasp was assigned to Admiral Fletcher’s force. Beginning in the early hours of 7 August 1942, Wasp’s Avengers, SBDs, and Wildcats hit several Japanese positions throughout the Guadalcanal islands, taking out 24 enemy aircraft at the cost of 4 of their own.

On 15 September 1942, Wasp along with the only other carrier available in the Pacific, the Hornet, was on escort duty ensuring the landing of 7th Marines on Guadalcanal proper. She was struck by several torpedoes fired from the Japanese submarine I-19. Being as Wasp was lightly armored due to its construction limitations, she was particularly vulnerable. On top of that, she was hit much like the battleship Arizona was at Pearl Harbor, struck near the magazine causing huge explosions from ammo and gasoline. The fires could not be fought and the order to abandon ship was given. After a successful evacuation, the Wasp soon rested on the floor of the waters off Guadalcanal. Though her aircraft in the sky at the time of the attack were able to make emergency landings elsewhere, the rest of the planes the Wasp carried were lost with the ship. Nearly 200 brave sailors lost their lives with the sinking of the Wasp, with many more wounded. Today, we remember those men.