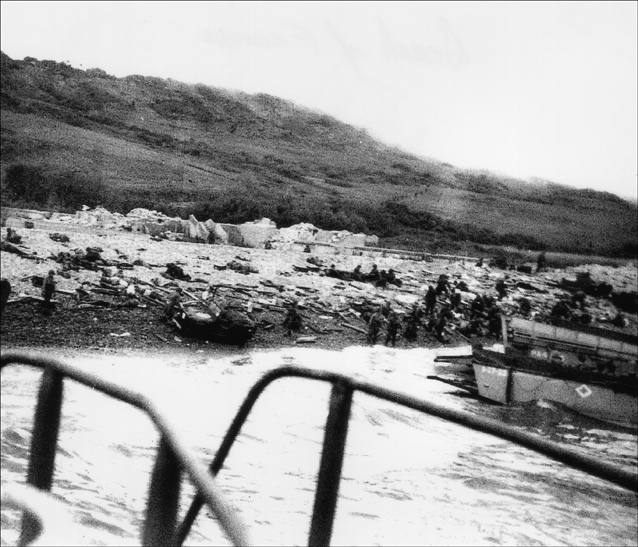 June 12, 1944 – Due to a last-minute alteration in the arrangements, I didn’t arrive on the beachhead until the morning after D-day, after our first wave of assault troops had hit the shore.

By the time we got here the beaches had been taken and the fighting had moved a couple of miles inland. All that remained on the beach was some sniping and artillery fire, and the occasional startling blast of a mine geysering brown sand into the air. That plus a gigantic and pitiful litter of wreckage along miles of shoreline.

Submerged tanks and overturned boats and burned trucks and shell-shattered jeeps and sad little personal belongings were strewn all over these bitter sands. That plus the bodies of soldiers lying in rows covered with blankets, the toes of their shoes sticking up in a line as though on drill. And other bodies, uncollected, still sprawling grotesquely in the sand or half hidden by the high grass beyond the beach.

That plus an intense, grim determination of work-weary men to get this chaotic beach organized and get all the vital supplies and the reinforcements moving more rapidly over it from the stacked-up ships standing in droves out to sea.

In this column I want to tell you what the opening of the second front in this one sector entailed, so that you can know and appreciate and forever be humbly grateful to those both dead and alive who did it for you. 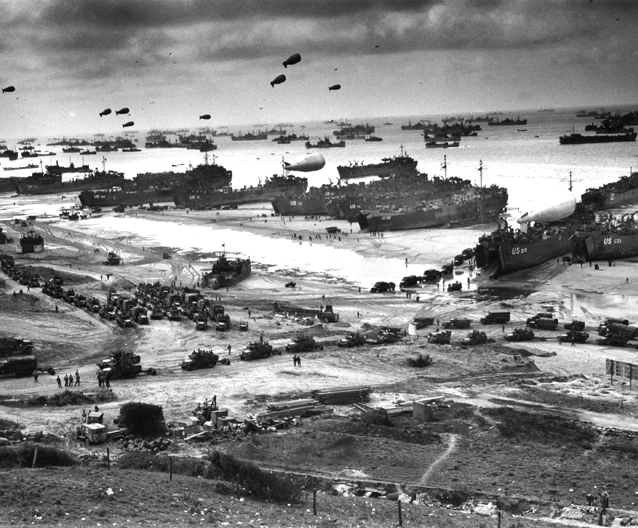 June 16, 1944 – I took a walk along the historic coast of Normandy in the country of France.

On the beach lay, expended, sufficient men and mechanism for a small war. They were gone forever now. And yet we could afford it.

We could afford it because we were on, we had our toehold, and behind us there were such enormous replacements for this wreckage on the beach that you could hardly conceive of their sum total. Men and equipment were flowing from England in such a gigantic stream that it made the waste on the beachhead seem like nothing at all, really nothing at all. 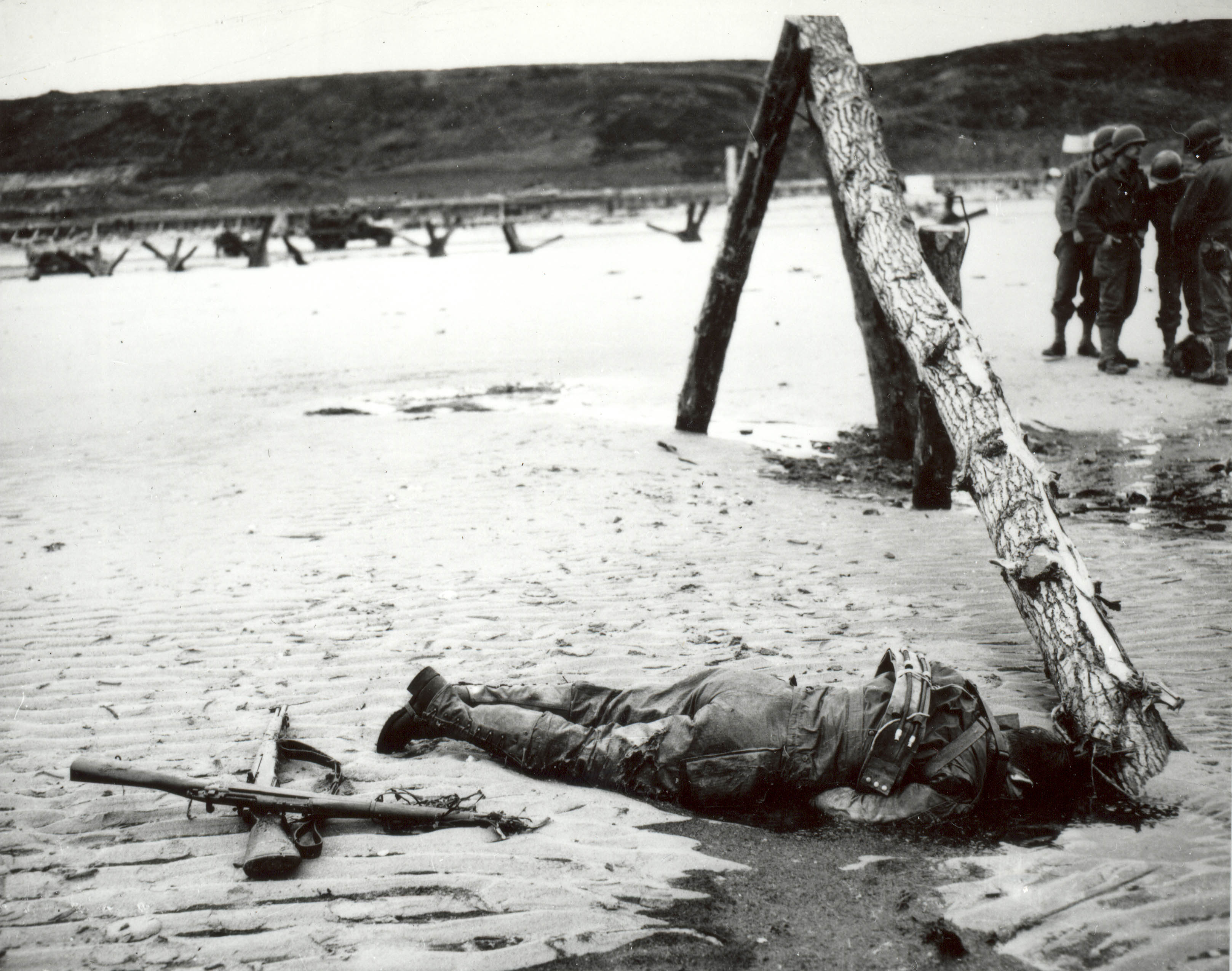 June 17, 1944 – In the preceding column we told about the D-day wreckage among our machines of war that were expended in taking one of the Normandy beaches.

But there is another and more human litter. It extends in a thin little line, just like a high-water mark, for miles along the beach. This is the strewn personal gear, gear that will never be needed again, of those who fought and died to give us our entrance into Europe.

Here in a jumbled row for mile on mile are soldiers’ packs. Here are socks and shoe polish, sewing kits, diaries, Bibles and hand grenades. Here are the latest letters from home, with the address on each one neatly razored out – one of the security precautions enforced before the boys embarked.

Here are toothbrushes and razors, and snapshots of families back home staring up at you from the sand. Here are pocketbooks, metal mirrors, extra trousers, and bloody, abandoned shoes. Here are broken-handled shovels, and portable radios smashed almost beyond recognition, and mine detectors twisted and ruined.

Here are torn pistol belts and canvas water buckets, first-aid kits and jumbled heaps of lifebelts. I picked up a pocket Bible with a soldier’s name in it, and put it in my jacket. I carried it half a mile or so and then put it back down on the beach. I don’t know why I picked it up, or why I put it back down.

Soldiers carry strange things ashore with them. In every invasion you’ll find at least one soldier hitting the beach at H-hour with a banjo slung over his shoulder. The most ironic piece of equipment marking our beach – this beach of first despair, then victory – is a tennis racket that some soldier had brought along. It lies lonesomely on the sand, clamped in its rack, not a string broken.

Two of the most dominant items in the beach refuse are cigarets and writing paper. Each soldier was issued a carton of cigarets just before he started. Today these cartons by the thousand, water-soaked and spilled out, mark the line of our first savage blow.

Writing paper and air-mail envelopes come second. The boys had intended to do a lot of writing in France. Letters that would have filled those blank, abandoned pages.

Always there are dogs in every invasion. There is a dog still on the beach today, still pitifully looking for his masters.

He stays at the water’s edge, near a boat that lies twisted and half sunk at the water line. He barks appealingly to every soldier who approaches, trots eagerly along with him for a few feet, and then, sensing himself unwanted in all this haste, runs back to wait in vain for his own people at his own empty boat.