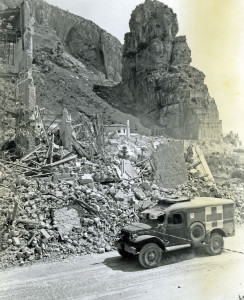 An ambulance moves past the rubble of a destroyed German fortress at Terracina, Italy on 26 May 1944. 2002.337.576. U.S. Army Signal Corps photograph, Gift of Regan Forrester, from the Collection of The National World War II Museum.

During WWII the US military had thousands of vehicles at its disposal. All were made possible by the “Arsenal of Democracy” that President Roosevelt referenced in his 1940 speech. As WWII progressed, so did the US manufacturing of weapons, vehicles, and war matériel. This subject is detailed marvelously in the current exhibition Manufacturing Victory: The Arsenal of Democracy on view now through May 31, 2015 in the Joe W. and Dorothy D. Brown Foundation Special Exhibit Gallery.

Deployed alongside the multitude of vehicles, boats, and airplanes that were used on the front lines were the soldier/mechanics that kept the machines running smoothly or at least patched them up and helped get them back in the fight. These soldiers’ ingenuity and tenacity were the stuff of legend. Often working on little sleep, without proper tools or materials, and under intense pressure, they did what they had to do to keep bringing the war to the enemy.

Here at The National WWII Museum, we are fortunate to have our own mechanic that not only keeps our fleet of historic vehicles running but also restores some of the Museum’s soon to be seen vehicles. Most days of the week you can find Joey Culligan, a retired NASA employee of 30 years, working away in our warehouse on a tank, truck or jeep. Joey’s current challenge is restoring a WC-9 Field Ambulance (2005.007.001) to its former glory. Nicknamed Charity, the ambulance was purchased by the Museum in 2005 with funds raised by the Charity Hospital School of Nursing Alumni Association. The funds for the restoration were made possible through a generous donation by Tom, Lois, and Leo Knudson in honor of Edith M. Rubright “Ruby” Knudson Key.

Charity weighs about 5600lbs, has a payload of 1000lbs (hence the ½ ton designation) and gets 12 miles to the gallon on a 78 horsepower, six cylinder engine. The ambulance’s 55mph top speed never seemed quite fast enough for the ambulance drivers or their passengers. The ambulance could carry four stretchers or seven seated patients and a two person crew. Charity is one of 2,288 WC-9s that were built in 1941 by the Dodge Division of the Chrysler Corporation. Ambulance crews were a very busy breed. The 68th Medical Group supported the First Army in the ETO from June 1944 to May 1945 during which their ambulances traveled 2.6 million miles and transported over 200,000 patients.[i]

The current plan is to restore Charity to resemble a WC-9 that would have been assigned to a medical group in Italy in 1943. While the exact date for completion of the project has yet to be revealed, Joey is busy getting Charity into working order. We promise to check in with him on Charity’s progress as she nears completion. 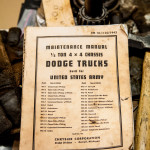 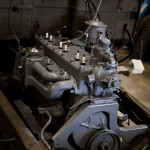 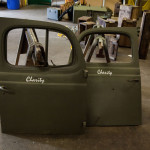 The doors for the WC-9 with Charity's name 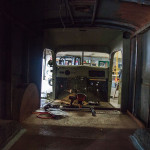 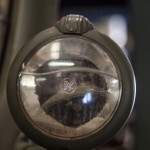 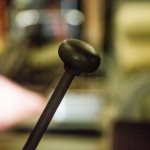 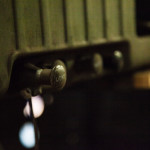 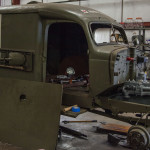