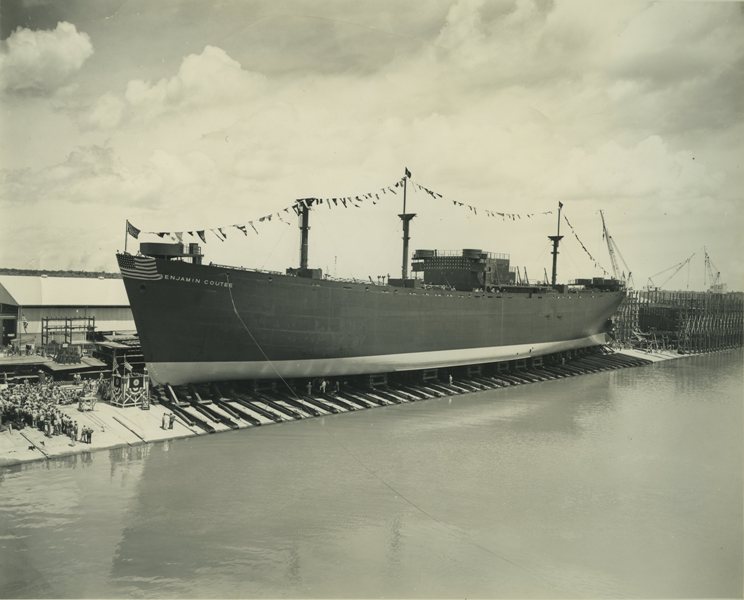 On 16 August 1943, while transporting 1800 Italian POWs to Oran, she was hit by an aircraft torpedo off of the North African coast. Although 250 Italian POWs were lost in trying to abandon ship in the panic of the attack, the Benjamin Contee sailed to Gibralter for repairs under her own power. She returned to New York and then back to Southhampton to ready for her final mission. Shortly following D-Day, almost two years following her launch, the Benjamin Contee joined nine other ships who were scuttled to form “Gooseberry 1,” part of the Mulberry Harbour off of Utah Beach. The Mulberry Harbour was a type of British temporary harbour created to be able to offload cargo to supply the Allied advance in the initial days after the Normandy invasion. The scuttled ships were to form sheltered waters.  Most of the scuttled ships, the Benjamin Contee included, were completely abandoned following destruction in severe storms on 19-22 June 1944. 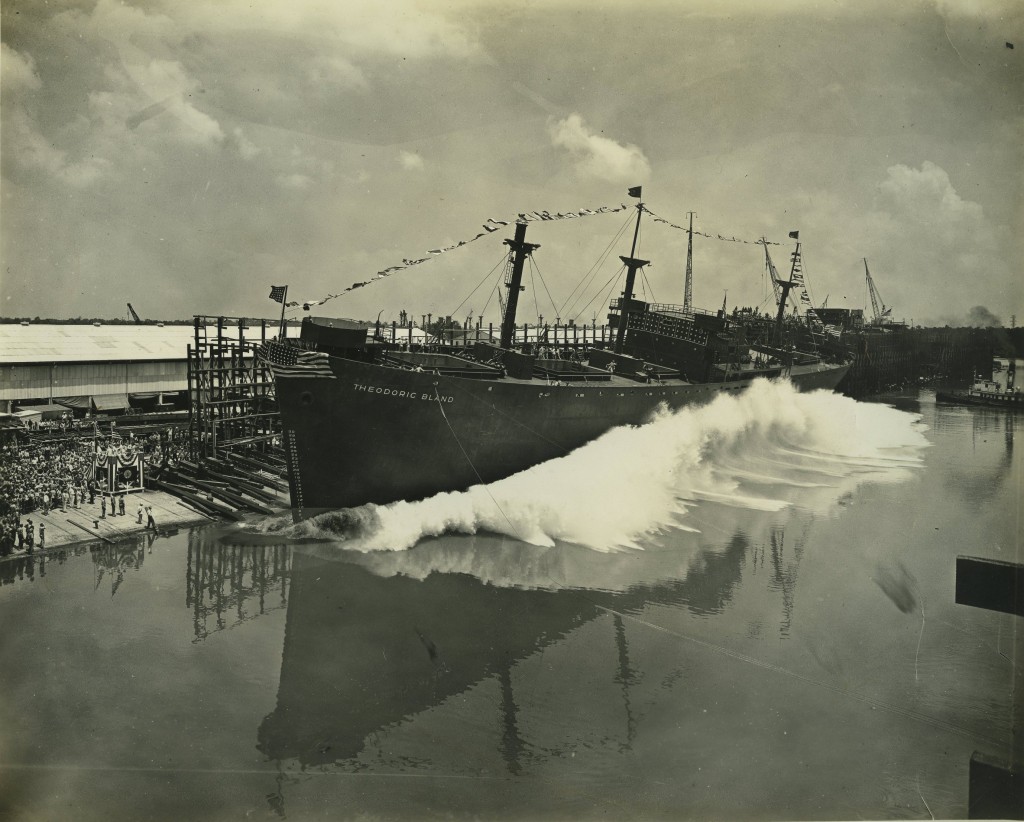 On 16 May 1942, the Liberty Ship SS Abraham Baldwin, was launched by Delta Shipbuilding Co. in New Orleans.

We have two photographs in our collection that form a “before and after” of the launch. 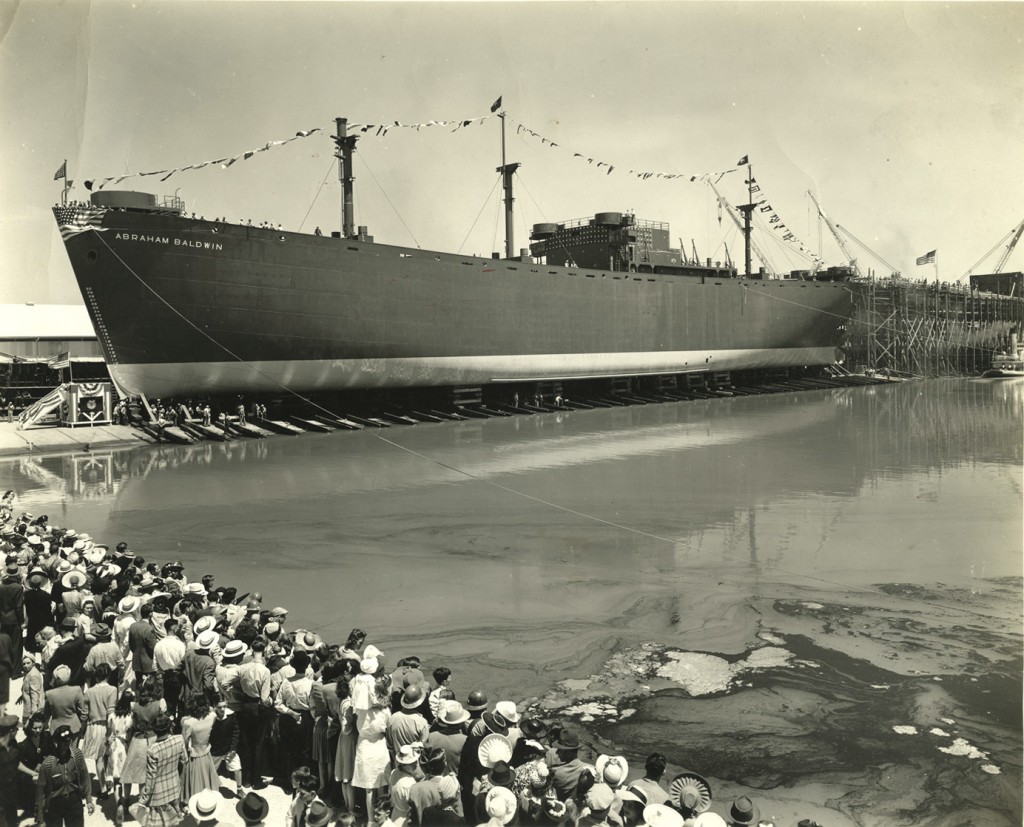 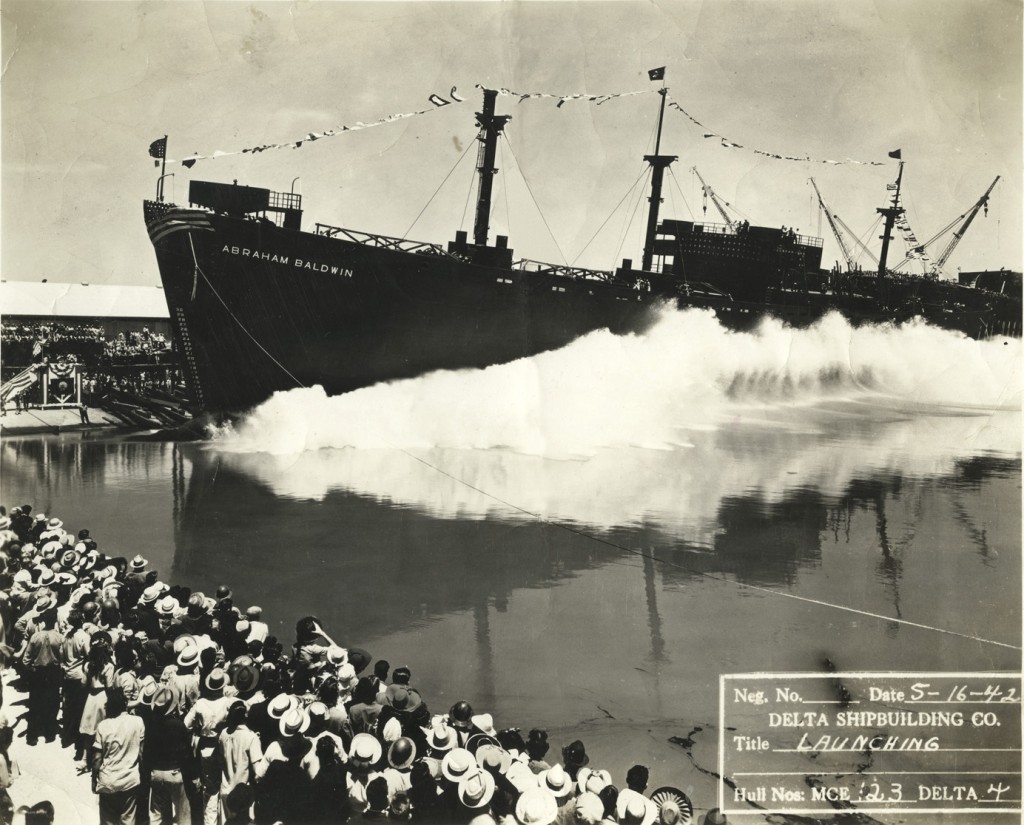 Decades after dodging German U-boats in the Gulf, Liberty ships were intentionally sunk as part of an artificial reef project. The SS Abraham Baldwin was one of the first WWII vessels to be used in such a project in the Gulf of Mexico. She was stripped and sunk off of the coast of Mississippi’s Horn Island in 1976. Artificial reefs, although somewhat contested, have been shown to provide a stable platform for the growth of marine life and aquatic organisms. For more information about Liberty ships serving as artificial reefs see the article, Texas’ Liberty Ships: From World War II Working-class Heroes to Artificial Reefs

On 23 April 1942, Delta Shipyards in New Orleans launched its second Liberty ship, the SS T. J. Jackson, named for the Confederate General better known as “Stonewall” Jackson. The Liberty ship was not the first vessel to be named after Thomas J. ” Stonewall” Jackson, however. France built an ironclad  in 1863 for the Confederate Navy which they named CSS Stonewall. Five years later, in 1868, she was sold to the Shogunate of Japan in 1868; for a time, the renamed Kōtetsu was the flagship of the Japanese Navy. The last vessel to be named after General Jackson was the USS Stonewall Jackson SSBN-634, commissioned by the US Navy in 1964. 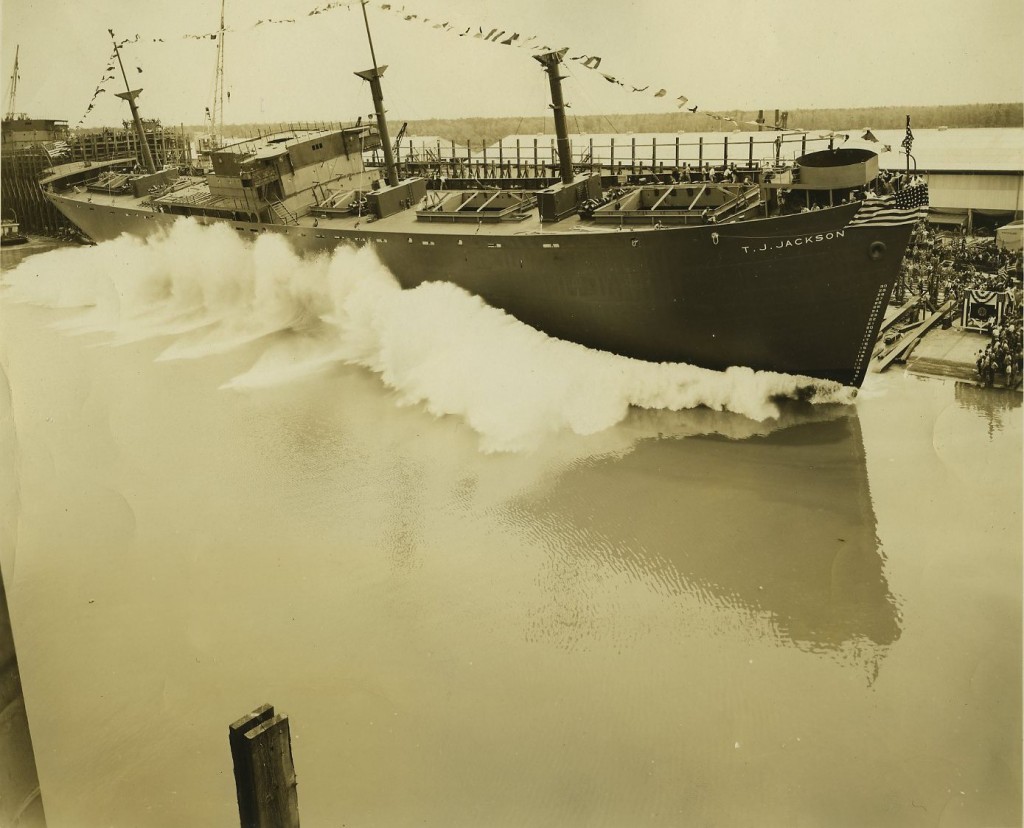 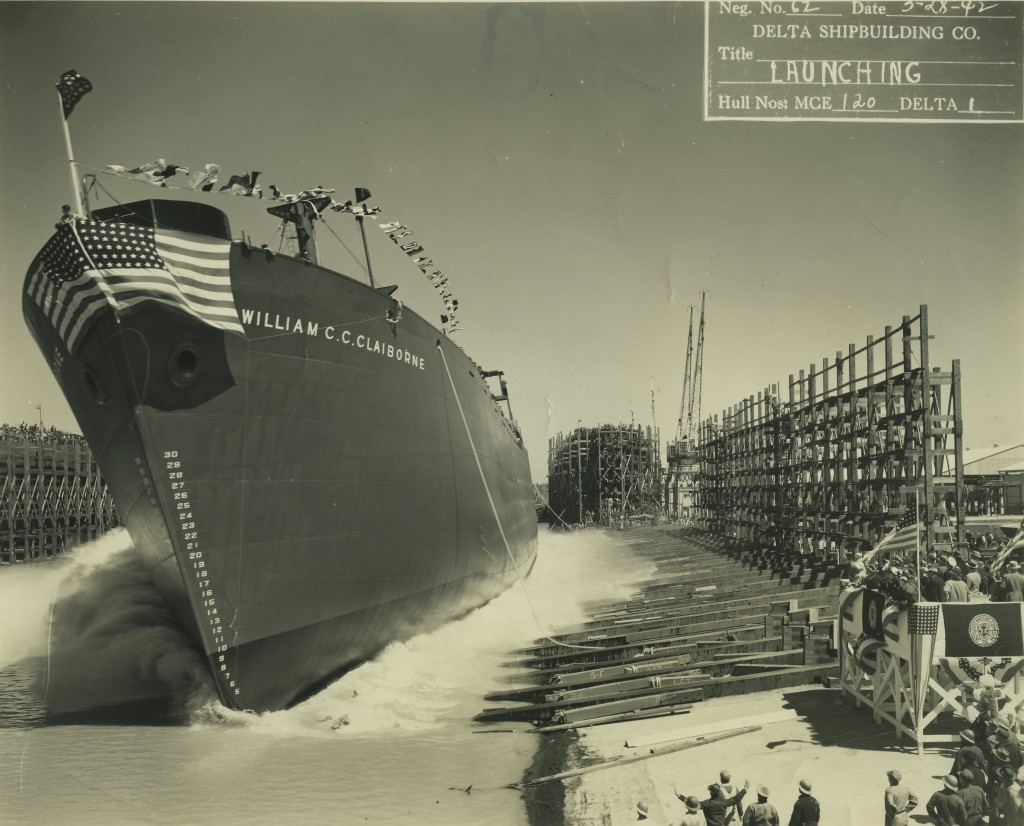 Seventy years ago today, on March 28, 1942, Delta Shipbuilding Co. in New Orleans launched its first Liberty ship, the SS William C.C. Claiborne, named after the first governor of Louisiana. Delta was one of the nine emergency shipyards established in 1941 by the United States Maritime Commission. Delta would launch a total of 187 Liberty ships (out of 2,710 produced overall) during the war.  The average time it took to build one of these massive ships was two months.