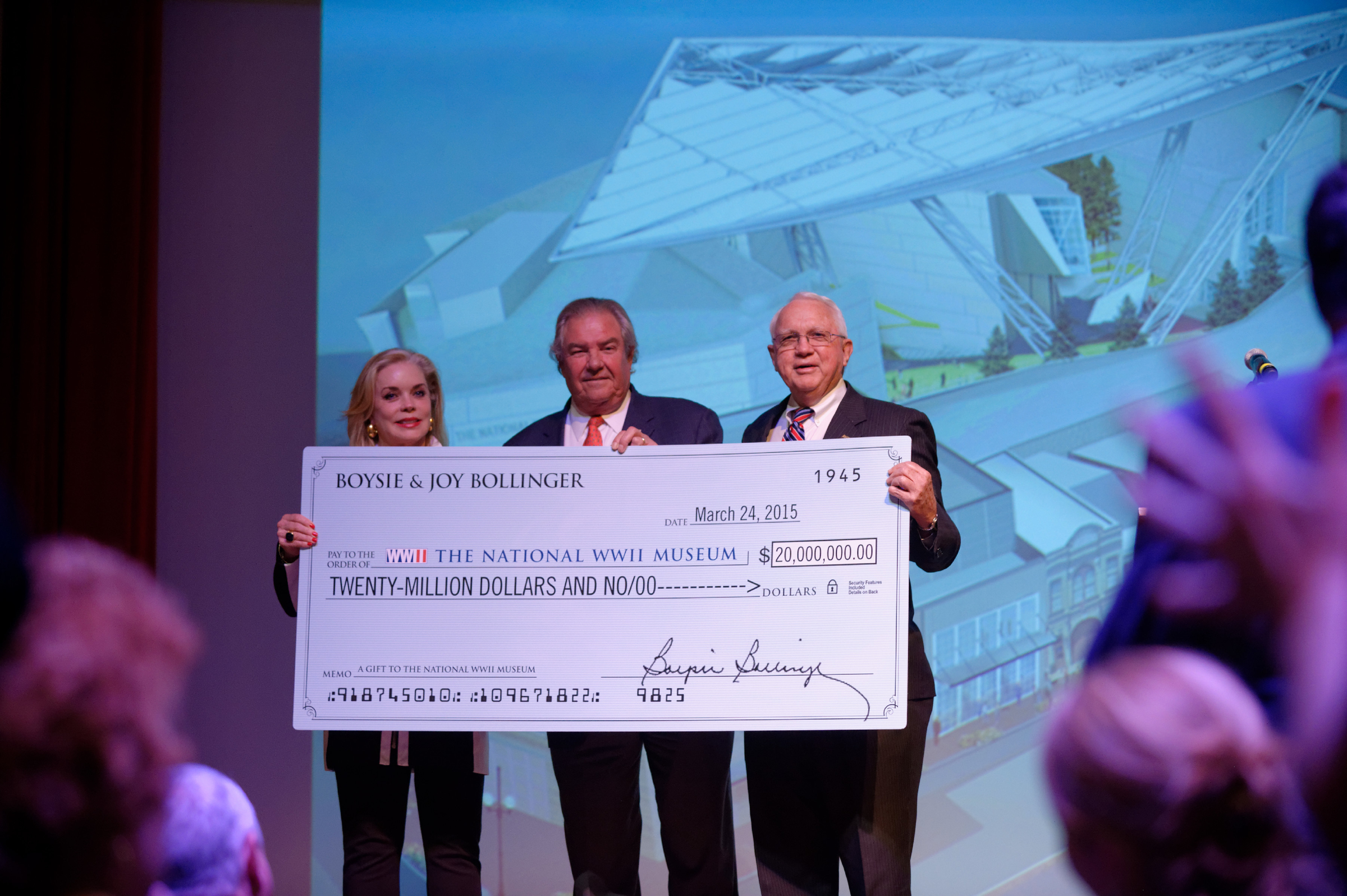 Twenty years after first becoming involved with The National D-Day Museum, Boysie Bollinger remains tireless in his support of the institution now known as The National WWII Museum. In his work on the Museum’s Board of Trustees, Bollinger has lobbied government officials, potential donors, friends, and anyone who will listen to support the Museum. On March 24, 2015, he and wife Joy led by example with their own donation to the Museum of $20 million.

Ranking among the top donations in the country to a non-profit organization or museum, this is the largest private gift ever received by the Museum. But Bollinger, who cites humility as the quality he most admires in WWII veterans, is not looking to hold onto the top spot for long. “I would hope somebody loves it a little bit more than me—or a lot more than me—and wants to become the largest donor. I think it’s going to raise the bar. I don’t need to stay there. I’d very much appreciate it if somebody beats me.”

The gift will be used to add an iconic architectural piece to the Museum’s six-acre New Orleans campus: the Canopy of Peace. Bollinger calls the Canopy “the finishing touch” to the Museum’s expansion. The Canopy will symbolize the hope and promise unleashed by the end of WWII hostilities. Commanding attention on the New Orleans skyline, the 150-foot-tall structure will also unify the Museum’s diverse campus in the enduring spirit of the wartime slogan, “We’re all in this together!” 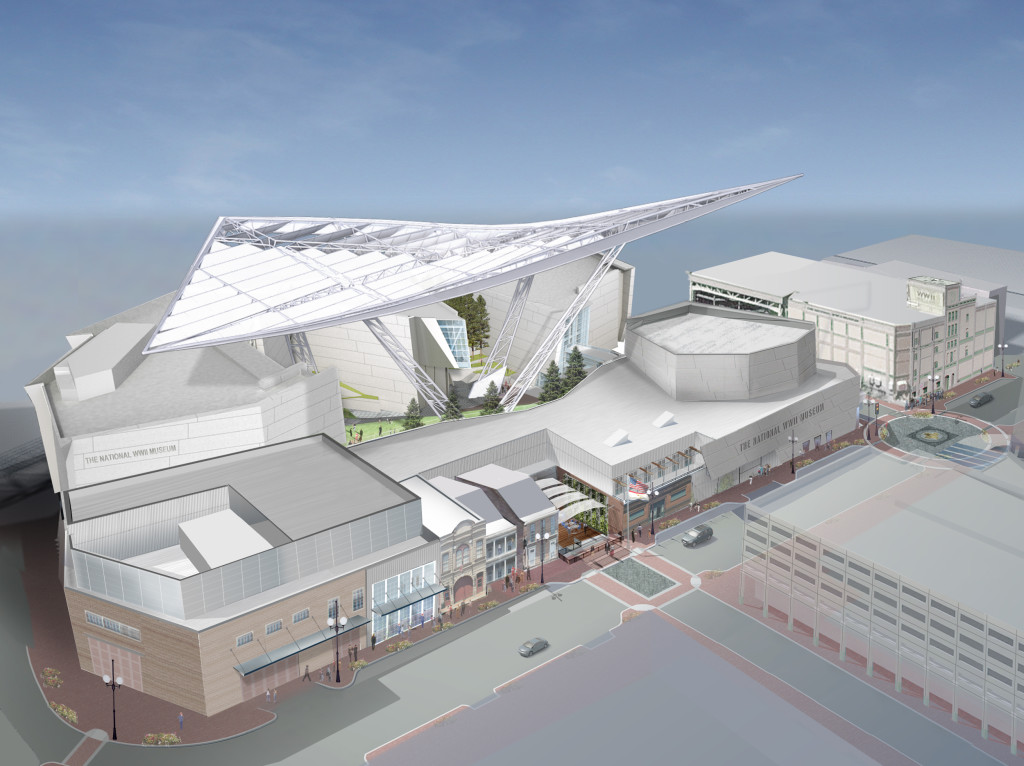 Additionally, a reference to Bollinger’s name will go on the Museum’s existing Stage Door Canteen, a 1940s-style entertainment space that serves as a living exhibit for music of the war era. The space will now be called BB’s Stage Door Canteen. “BB is what my grandkids call me,” said Bollinger. Noting that he doesn’t want his name in lights, Bollinger adds, “Some people will never know that’s me, but those who are important to me will know. It’s very personal.”

Bollinger’s passion for the Museum is easily noted through his unwavering commitment to telling the story of the Greatest Generation. He first became hooked during a trip to Normandy while serving as Vice Chairman of the Board. “Being close to the story of World War II made me a lot more humble,” Bollinger says. “What these people did for us is mindboggling. I worked every day of my life with two uncles that fought in the Pacific, neither one had ever mentioned a word about it. It forced me to go sit with them and make them tell me their stories. I never would have had that experience without being involved here.”

Bollinger became aware of how the war affected the families left behind. He thought about his grandfather who had to become an inventor to make the most of wartime shortages. “All of these things contributed to a realization, an understanding of the circumstances that America was going through during the war. I never would have had that without being exposed to the Museum.”

Bollinger’s remarkable career in shipbuilding and his bold reputation as an entrepreneur often prompt comparisons to a famous WWII-era boat builder, Andrew Jackson Higgins. Higgins Industries in New Orleans took the lead in producing thousands of the flat-bottomed landing craft that made it possible for Allied forces to successfully invade enemy-held beaches in Europe, North Africa, and across the Pacific. It is because of Higgins that the Museum is located in New Orleans, and it is largely because of Bollinger that it became a reality. Now he will put his name on a defining piece of the campus.

When first approached about getting involved with the Museum, Bollinger was told “It won’t take you any time and it won’t cost you any money.” All these years later, Boysie knows better. He believes his work with the Museum will be central to his life’s legacy. As the Museum strives to collect the funds needed to complete its expansion, he hopes his gift will spark the momentum for others to donate. “I’ve got a lot of time invested in this Museum, going back 20 years, and it’s time we finish it,” said Bollinger. “And I hope this is the gift that helps make that happen.”

IN THE NEWS: Read more about this remarkable gift in news outlets across the country.