Today is International Animation Day, so in honor of cartoons, drawings, and other styles of art, let’s take a trip back to WWII to see the impact art had on the Home Front. Whether it is a piece of propaganda or a sketch of a battlefield, pieces of art have served as representations of humanity for centuries. They’ve evolved from sculptures to portraits to images with detail so perfect they seem to have the equivalence of a photograph. The emotions expressed through art challenge audience members to change their perspectives and to see the world through a different set of eyes, and during WWII these eyes were those of soldiers.

Artists on the Home Front decided to put their talents to work and support the war effort. Propaganda became a major source of communication all across the nation that rallied civilians to scrap, to carpool, to ration their food items, and called, women in particular, to join the workforce. They were artists for victory; reminding citizens that they were part of the fight too. 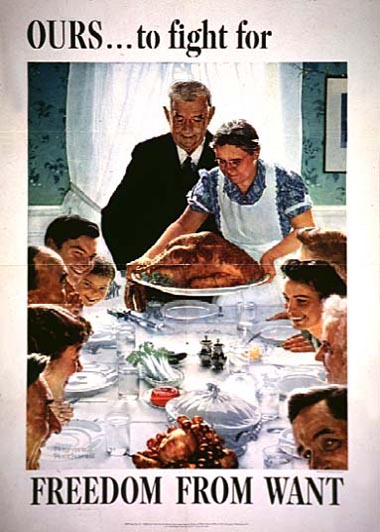 Created by Norman Rockwell. Photo courtesy of the National Archives.

WWII revolutionized art. Propaganda artists learned to target emotions of those on the Home Front while field artists portrayed events from the Pacific and European Theaters through their strong brushstrokes and revealing sketches. The war was shared with the Home Front through so many ways, and art was just a bonus form of communication that captured scenes and sentiments through a more creative approach. Photos instantly capture, but drawings and paintings take time to come to life. They used their skills to hone in on what they saw in battle and, for propaganda artists, what they knew needed motivation on the Home Front. Some artists, like Tom Lea, decided that it was best for them to change their perspectives from the Home Front to the battlefield. So, they went overseas to draw what they saw. 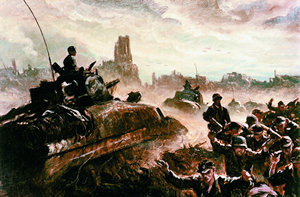 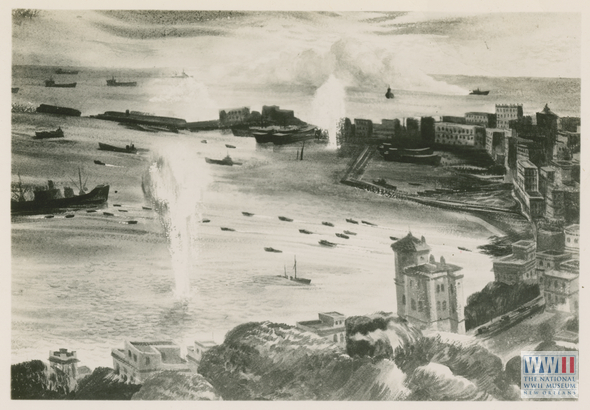 Photograph of an illustration of an invasion of a waterfront town and buildings along the shore line in Italy. 1944-45.

Tom Lea was an artist correspondent for LIFE magazine during WWII whose painting, sketching, and writing appeared in issues of the magazine from April 1942 through July 1945. His job as a correspondent was to go ashore with the United States Marines and to record what he witnessed and experienced through sketches. His most well known campaign was that of the Marine landing at Peleliu Island, where he could not sketch nor write about his experience until the next day because of the fear he had to overcome and let settle after the invasion. His sketches and artworks have been etched into their audiences’ minds as reminders that the effort was no easy task and that the soldiers were brothers in arms; assisting one another and fighting together to be able to restore peace and return home. The National WWII Museum has an exhibit with 26 of Tom Lea’s original pieces of art on display until January 1, 2017. If you find yourself with an interest in his art of WWII, you can experience this man’s talented way of revealing emotions of soldiers and harshness of battles during your visit to the museum. 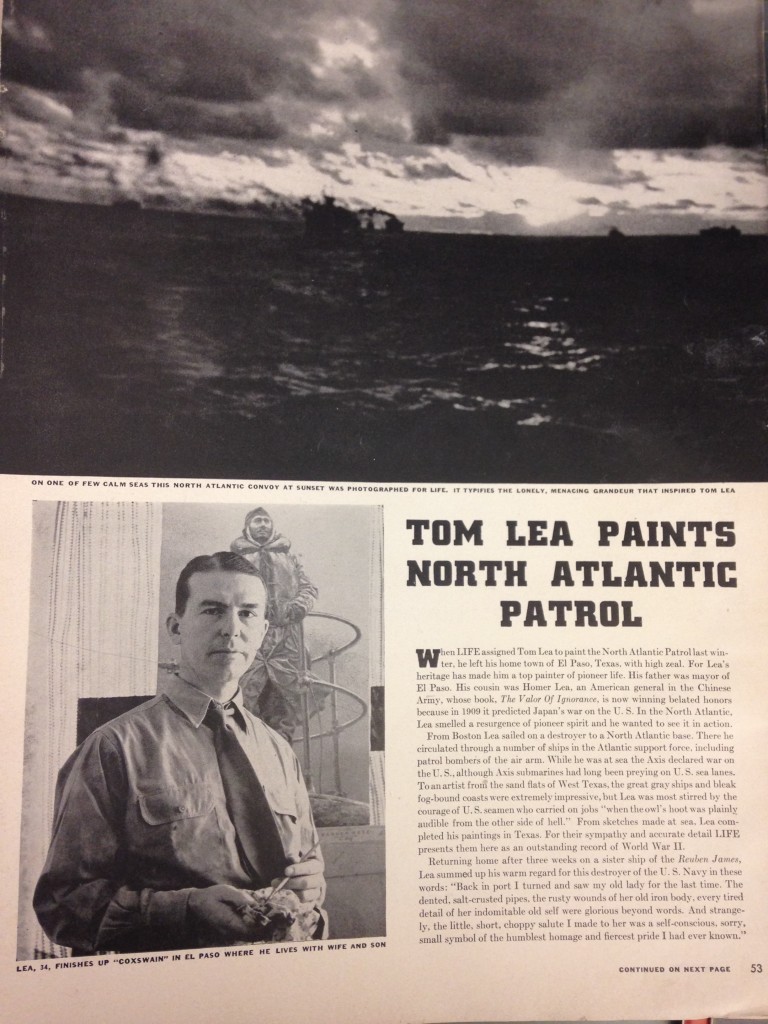 Excerpt from LIFE magazine in 1942 with feature of Tom Lea’s sketches from the North Atlantic. 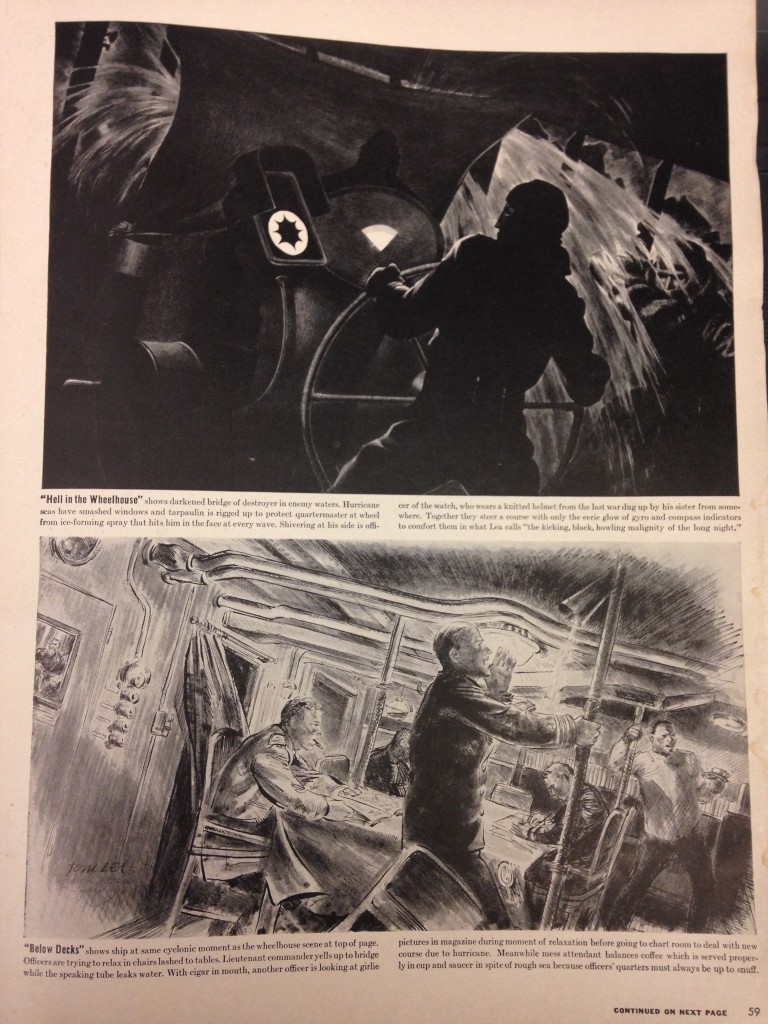 Lea’s sketches in copy of LIFE.

Along with artists, many art historians put in an effort. From the Home Front, they worried about world renowned masterpieces falling to not only Nazi thievery but also to allied bombing efforts. The well-known, some what new movie, The Monuments Men, directed by George Clooney, was based on the book, The Monuments Men: Allied Heroes, Nazi Thieves, and the Greatest Treasure Hunt in History, by Robert Edsel. It recalls the lives of American professors, architects, and artists who put their Home Front jobs on hold to go be soldiers of art and save important pieces that define our culture as a humanity.

The propaganda and field art of WWII have impacted the constantly evolving world of art. Both of these forms encouraged the sharing of information through a medium other than the written word or the radio. Propaganda has inspired new approaches to advertising and sharing information with people about new products or who to vote for in an election. During the war, all emotions were hit with propaganda. Artists instilled fear, sadness, happiness, or motivation within its audience through their creations. Some ads today that focus on products like cigarettes and other harmful items target a similar sense of fear within people, while most others aim to reveal how content a person’s life can be if they purchase a particular product. Propaganda struck a cord with the Home Front during WWII, and advertising today does the same. Actual art from the field allows people to study and reflect on this war. Propaganda and field art live on with lasting effects, reminding us of how everyone, even artists, were a part of the fight for victory both on the Home Front and in battle.

Since a lot of Americans on the Home Front read magazines and newspapers to learn about the war, they found themselves flipping through ads, propaganda, and political cartoons. For us, it is essentially the same. Magazines are full of coupons and advertisements encouraging us to buy, for example, the newest shoes available. When we’re done with these magazines, they typically find themselves sitting on coffee tables until someone decides to toss it into the recycle bin. Well, here’s a fun craft you can do with left over magazines and/or newspapers. Call on your inner artist and give these news outlets a new life. This is a simple way to embrace the spirit of scrapping just as people did on the Home Front.

1. Cut red, white, and blue parts out of the old magazine/s that you’ve chosen. 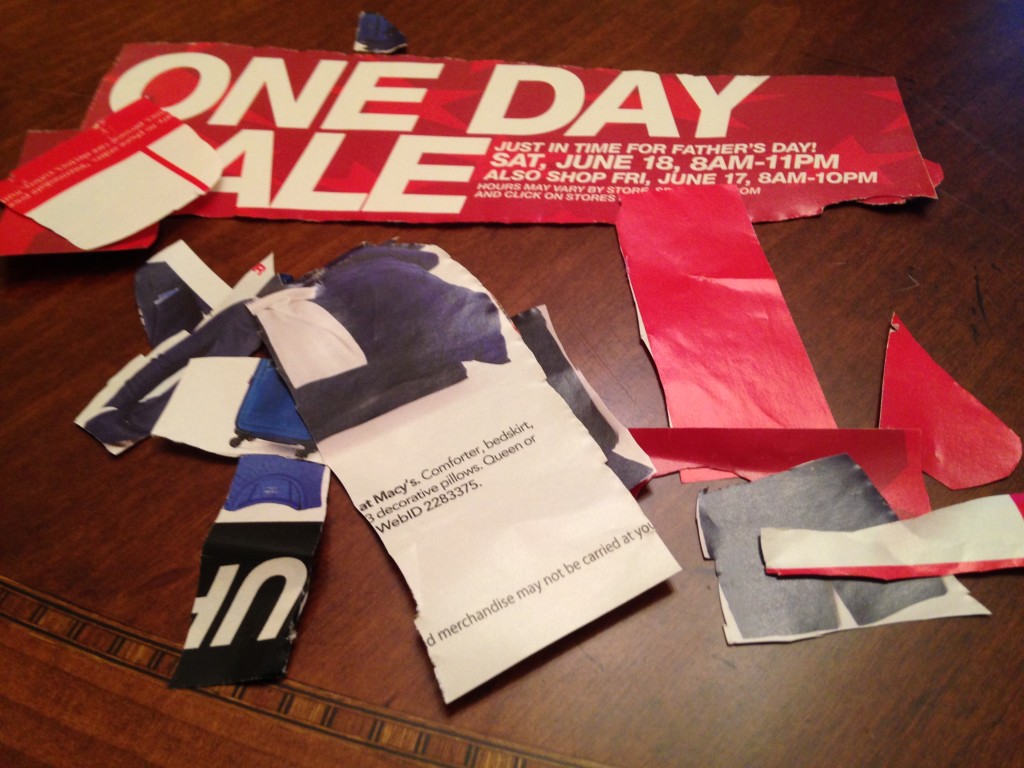 2. Begin to glue them to either your old coaster or to your cork board in the formation of an American Flag. 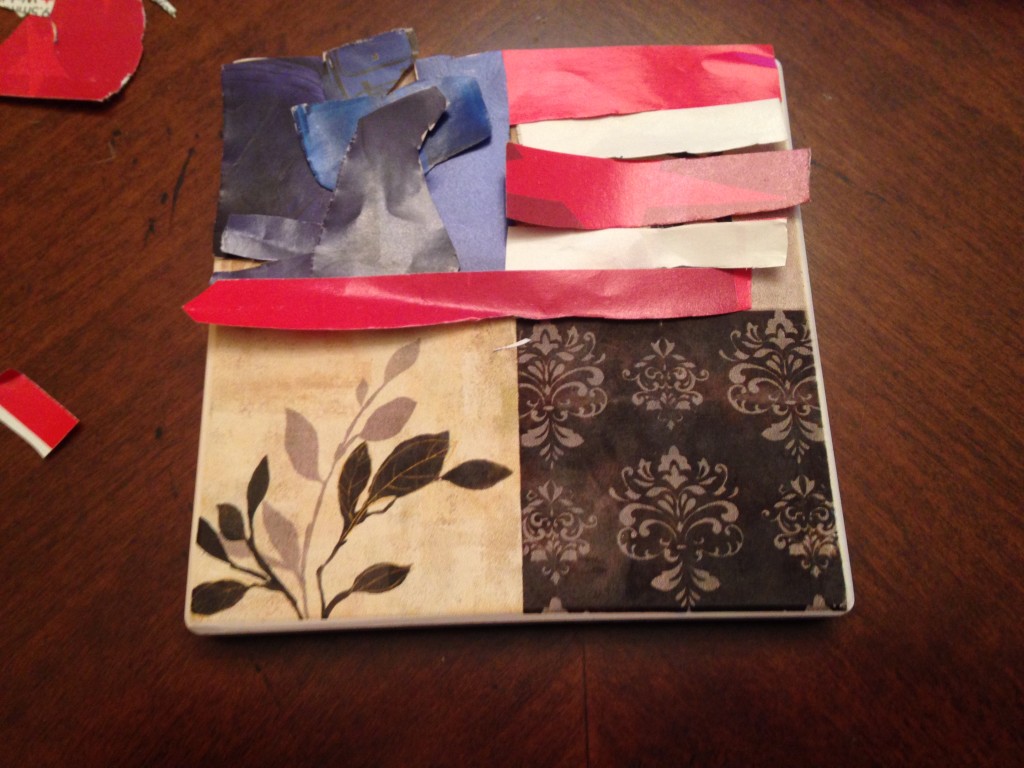 3. When you’ve finished gluing, cover the coaster with a coat of mod podge and allow it to dry. Once they’ve finished drying, put them out on your coffee table and revel in your artistic skills. 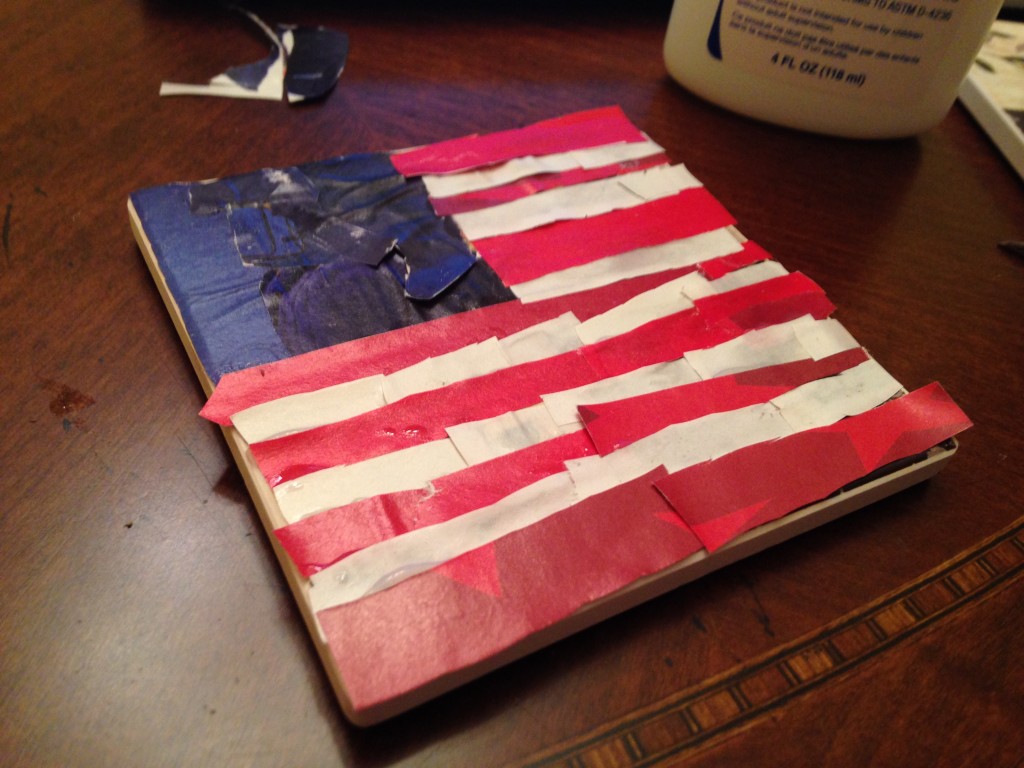