In honor of National POW/MIA Recognition Day, we’d like to offer a glimpse of one recent addition to our collection. Machinist’s Mate 2nd Class Bernard Deleman served on the submarine, USS Perch (SS-176) in the Pacific and was captured by the Japanese in March 1942. He was held as a POW until his 25th birthday on September 15, 1945. When he arrived at home, he was welcomed at the train station in Wilkes-Barre, Pennsylvania by a parade of high school bands, city officials, firemen, policemen, and clergy. In this photo, one sees Bernard stepping off of the train. Over 120,000 Americans were prisoners of war during World War II. Bernard Deleman was one of 27,465 American POWs in the Pacific. 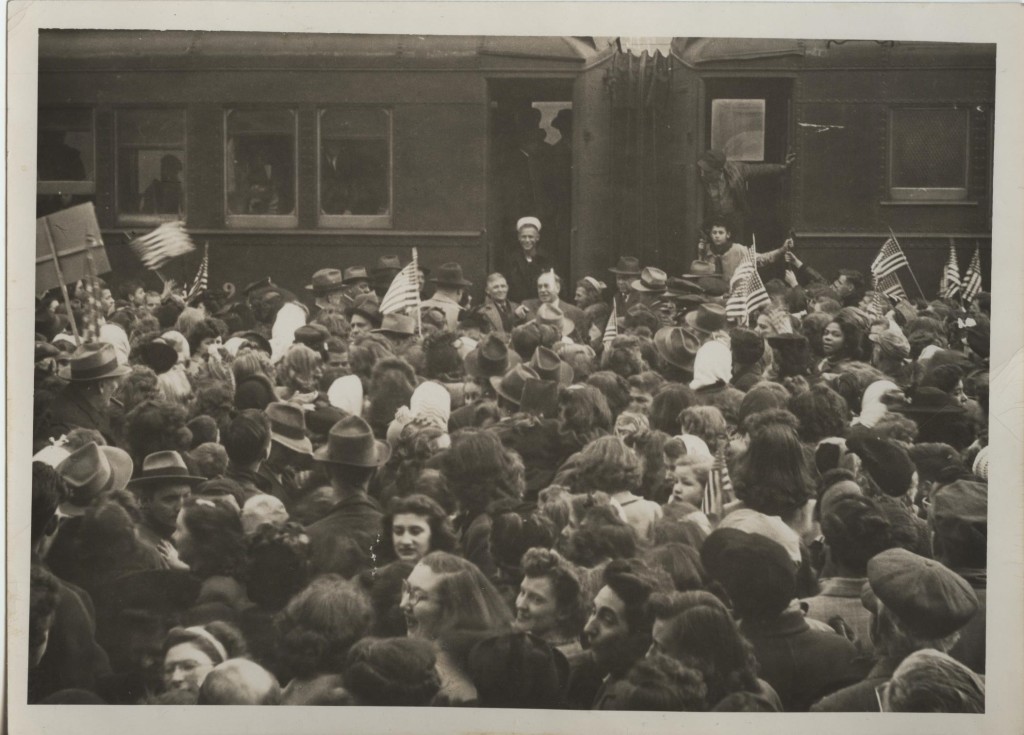 Gift in Memory of Bernard Deleman, 2016