The American Spirit Awards is an awards gala celebrating individuals and organizations whose work reflects the values and spirit of those who served our country during the World War II years. On Friday, June 10, 2016, The National WWII Museum and Whitney Bank will honor those who inspire others through their own acts of courage, sacrifice, initiative and generosity—particularly in the areas of leadership, service to country or community and education.

The National WWII Museum President and CEO Gordon H. “Nick” Mueller will present The Silver Service Medallion to veterans and those with a direct connection to World War II who have served our country with distinction and, upon retirement, continue to lead by example. Each recipient, Jerry Yellin, Richard E. Cole, and Betty Reid Soskin, exemplifies core values that were critical to the Allied war effort – teamwork, optimism, loyalty and bravery. 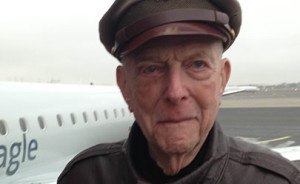 In 1942, two months after the Japanese attack on Pearl Harbor, Jerry Yellin volunteered for the US Army Air Forces on his 18th birthday. Jerry completed fighter pilot training at Luke Air Field in August of 1943. He spent the remainder of the war flying P-40, P-47 and P-51 combat missions in the Pacific with the 78th Fighter Squadron. Captain Yellin participated in the first land-based fighter mission over Japan on April 7, 1945. He also has the unique distinction of having flown the final combat mission of World War II on August 14, 1945 — the day the war ended. On that mission, his wingman, Phillip Schlamberg, became the last man killed in combat during World War II. After the war, Jerry went on to write about his experiences during World War II and is the author of numerous books including “Of War and Weddings,” “The Blackened Canteen,” “The Resilient Warrior” and “The Letter.” Jerry is currently working on a feature film about his life titled “The Last Man Standing.” This documentary will explore Jerry’s experiences coming to terms with the war and his Post Traumatic Stress Disorder (PTSD). Jerry and his late wife Helene celebrated 65 years of marriage and had four children. 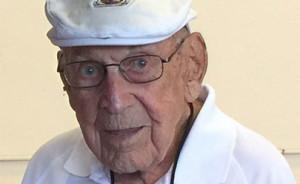 Richard “Dick” Cole is one of the remaining two Doolittle Raiders, the 80 servicemen who struck an early, inspirational blow against Japan in World War II. Cole had completed pilot training with the US Army Air Forces in July 1941, and as a newly commissioned second lieutenant, was eager to serve after the Pearl Harbor attacks. In early 1942, Cole volunteered for a dangerous mission he knew nothing about. Three months later, on April 18, 1942, he was in the co-pilot’s seat of General Jimmy Doolittle’s B-25, bound on a one-way trip over Tokyo on the first American counterstrike of the war. After reaching mainland Asia in the B-25, Cole remained in the China-Burma-India theater for more than a year after the Doolittle Raid, only to return to service there from October 1943 to June 1944. He was relieved from active duty in January 1947 after the war’s end. Cole was awarded the Distinguished Flying Cross with two Oak Leaf Clusters, the Air Medal with one Oak Leaf Cluster, Bronze Star Medal, Air Force Commendation Medal, and Chinese Army, Navy, Air Corps Medal, Class A, 1st grade for his service during the war. Cole retired from the US Air Force with the rank of lieutenant colonel. 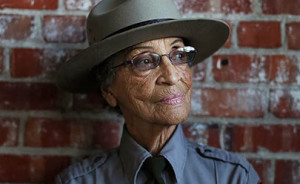 Betty Soskin (née Charbonnet) grew up in a Cajun/Creole African-American family that settled in the San Francisco area after massive river flooding devastated Louisiana in 1927. Her parents joined her maternal grandfather, George Allen, who had resettled in Oakland at the end of World War I. Betty worked as a file clerk in a segregated union hall, Boilermakers A-36, during World War II. In 1945 she and her young husband, Mel Reid, founded a small Berkeley music store – Reid’s Records – that remains in operation. Betty has since held positions as staff to a Berkeley City Council member and as a field representative serving West Contra Costa County for two members of the California State Assembly. She was named a Woman of the Year by the California State Legislature in 1995, and in 2005 was named one of the nation’s 10 outstanding women by the National Women’s History Project. At 94, Soskin still works as a park ranger for the Rosie the Riveter World War II/Home Front National Historical Park in Richmond, California.

Proceeds from the American Spirit Awards support educational programming at The National WWII Museum—including the ongoing development of classroom materials and professional development opportunities for teachers in schools across the country as well as online experiences that bring the Museum and its research resources to students around the world. Learn how you can support these efforts too.