Yesterday was International Nurses Day, a very special day for us here at the Museum!

Nurses are some of the most important people in our society today, and the same thing was true during the war. Before the Japanese attacked Pearl Harbor, the United States had fewer than 1000 nurses in its Army Nurse Corps. By the time World War II had come to a close, that number had ballooned to more than 50,000 women! The army established specific nurse training procedures to teach its new recruits the ropes, with special programs dedicated to anesthesiology and psychiatric treatment.

Army nurses served under enemy fire in field and evacuation hospitals, on hospital trains, hospital ships and in general hospitals overseas as well as in the United States. Because of their aid, fewer than 4 percent of the American soldiers who received medical care in the field or underwent evacuation died from wounds or disease! 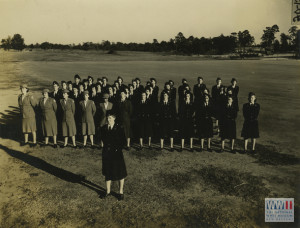 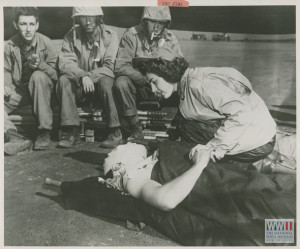 Ensign Jane Kendiegh, USNR, of Oberlin, Ohio, the first Navy flight nurse to set foot on any battlefield, bends over a wounded Marine on the airstrip on Iwo Jima, 6 March 1945

The government recognized the tremendous service that nurses brought to the war effort, and began offering free education to nursing students between 1943 and 1948. Initially, the number of Black nurses allowed to serve in the Army Nurse Corpse was limited to 160, but a public outcry forced the authorities to drop that policy in 1944. After that, more than 2000 black students enrolled in the Cadet Nurse Corps program and funding for Black nursing schools increased dramatically.

Being so close to the front, many of these army nurses suffered wartime casualties, just like the soldiers on the field. There were 201 army nurse casualties during the war, with 16 of them being caused directly by enemy forces. Sixty eight American sevrvicewomen were captured as POWs in the Pacific. However, more than 1,600 nurses were decorated for bravery under fire and meritorious service! 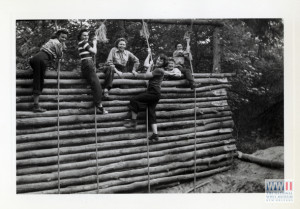 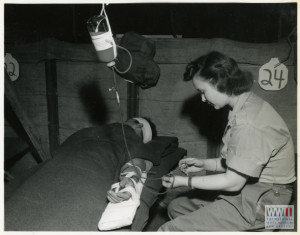 Army nurse adjusts an IV inserted into a soldier’s arm. Soldier is lying on hospital bed with head bandaged. Italy. 1944-45 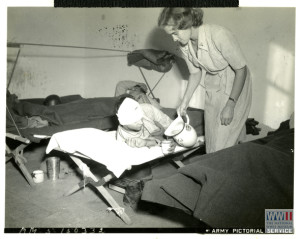 Nursing provided many opportunities for women to branch out during the war. The Army Nurse Corps, the Navy Nurse Corps, and the American Red Cross all gave women the opportunity to participate, sometimes even militarily, in the war effort. Hitler, meanwhile, called America foolish for putting its women to work….which is probably why he lost the war!

In honor of National Nurses Day, we’re going to teach you how to make your very own ice packs and heating packs – the perfect remedy for sores, scrapes, and bruises!

What you need for an ice pack:

What you need for a heat pack:

Always remember to never apply these packs directly to the skin – wrap them in a washcloth or paper towel first!