Carnival festivities went on hiatus while the nation was at war, but with peace, returned revelry. On March 5th, 1946, New Orleans celebrated the first official Mardi Gras since 1941. Seventy years later, in 2016, we are gearing up for an early Carnival on February 9th. Costuming is a vital part of Mardi Gras fun. We recently received a bright addition to the collection of The National WWII Museum. Although this costume was not originally worn as a Mardi Gras get-up, it is appropriate nonetheless.

Mary Emily Rouse Molstad was a high school student during World War II. She received the gift of a grass skirt from a friend who was stationed in Hawaii. At eighteen she tested out her new hula costume for Costume Day at Florence High School in Florence, Colorado. Mary Emily was suspended for wearing the skirt by her uncle, Norman V. Gorman, Superintendent of Florence Public Schools. The young delinquent, Mary Emily, according to her daughter, “worked as a Western Union telegrapher from 1943 until 1950 when she resigned to get married, as Western Union did not employ married women at the time.”

To read more about Mardi Gras during the war years and to see some very thematic costumes, have a look at: images from the Thomas Weiss collection here in our Digital Collections, our Wartime Carnival flickr set, and previous blog post. 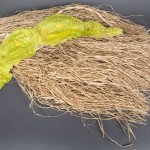 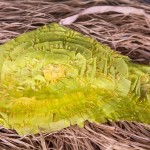 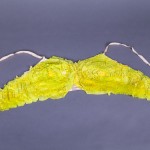 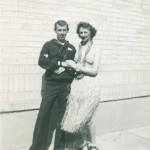