This post is a update of a blog post from April 2015 from our former Collections Manager Lowell Bassett.

I promised to provide an update on the progress being made to restore Charity, our WC-9 Field Ambulance (2005.007.001). The ambulance was purchased by the Museum in 2005 with funds raised by the Charity Hospital School of Nursing Alumni Association. The funds for the restoration were made possible through a generous donation by Tom, Lois, and Leo Knudson in honor of Edith M. Rubright “Ruby” Knudson Key. The Museum’s Restoration Specialist, Joey Culligan, has been hard at work making our ambulance resemble a vehicle that would have been a common site with the Allied forces in Italy in 1943. In August Joey was finally able to turn the engine over and in September he was able to move the vehicle back and forth under motor. Joey has been heavily involved in performing a multitude of fixes on Charity and the vehicle is starting to come together. While Joey works alone and on several different vehicles simultaneously, he estimates that he has put in between 300 and 400 hours of time restoring this piece of history (he also told me that he has enjoyed every minute of it).  As a point of comparison, between 1941 and 1945 the United States, on average, manufactured approximately 175 WC-series trucks per day (that’s seven trucks per hour).  And yes, while Joey is fast and thorough at what he does, he isn’t quite that fast. 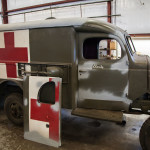 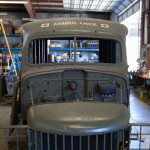 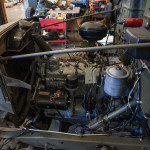 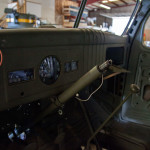 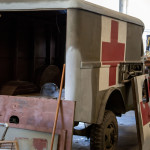 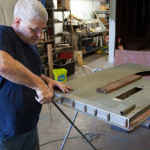 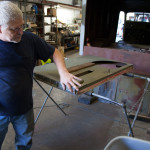 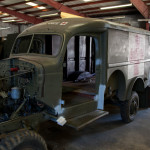 For the curious, here’s a partial list of some of the projects Joey has been working on with this specific vehicle:

Joey and all of us here at The National WWII Museum are extremely pleased with the progress being made on Charity and we know that visitors will be thrilled when she rolls into line with the rest of our other historic vehicles in The US Freedom Pavilion: The Boeing Center soon.

Posted on behalf of Lowell Bassett, who has left us to return to his hometown of Pensacola Florida. Thank you, Lowell, for years of  great service.

Get in the Scrap! Wintertime Energy Conservation Carnival Time Around the Museum: Tips for Your Trip to the Museum this Mardi Gras