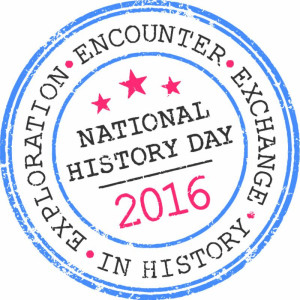 National History Day is a year-long historical research contest for middle and high school students. Each year, students from across the country develop a project based upon the annual contest theme. The annual theme for the 2016 National History Day contest is “Exploration, Encounter & Exchange;” a topic which also offers many opportunities for students to research and explore powerful subjects and events in WWII history.

While images and figures from the Spanish Conquests or the Age of Sail are likely the first thoughts that spring to mind when most read and hear the words ‘Exploration,’ explorers existed in WWII as well, charting new paths in fields such as medicine, technology, and production while experiencing encounters and exchanges that would help change national attitudes towards isolationism, military preparedness and racial and gender equality. The outcomes of these WWII explorations varied, as did their encounters with opposition or resistance as well as the exchange of ideas or strategies that helped them to succeed or which caused them to fail, however, the outcomes and the lessons drawn from each of them are what determine why these events are important in history.

For example, one case of Exploration between 1941–1945 with lasting importance in history was the exploration of infection and disease in attempts to cure and combat them. One staggering statistic to come out of the Pacific Theatre in WWII: over 80% of American troops deployed to the Pacific were hospitalized at least once, with infection and disease being among the leading causes. The United States responded to this harsh battle environment by exploring revolutionary treatment ideas such as the mass production of penicillin, sulfa drugs and the first use of blood plasma on the battlefield as seen in the image from the Museum’s Digital Collection. 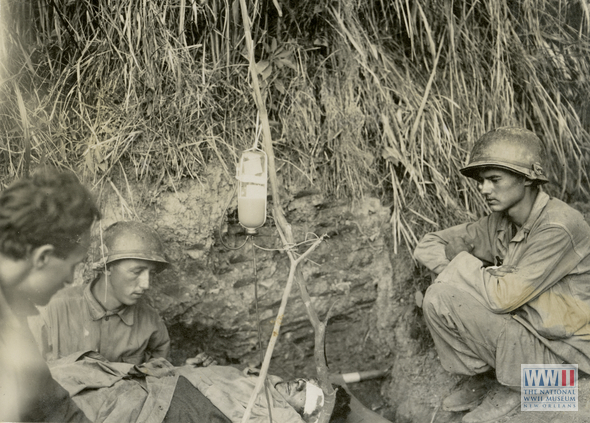 Similarly, military tactics in WWII had to change as a result of Encounters with new technology or Encounters with success or setbacks on the battlefield. With German U-Boats menacing Allied shipping lanes during The Battle of the Atlantic, new tactics such as the convoy system, as seen in the image below, and technology like sonar helped to turn the tide. Similar adaptations existed on the Axis side as well, with Germany’s horrific encounters with trench warfare of WWI leading to new strategies such as the Blitzkrieg or ‘Lightning War’ which overran nearly all of Europe by the end of 1940. 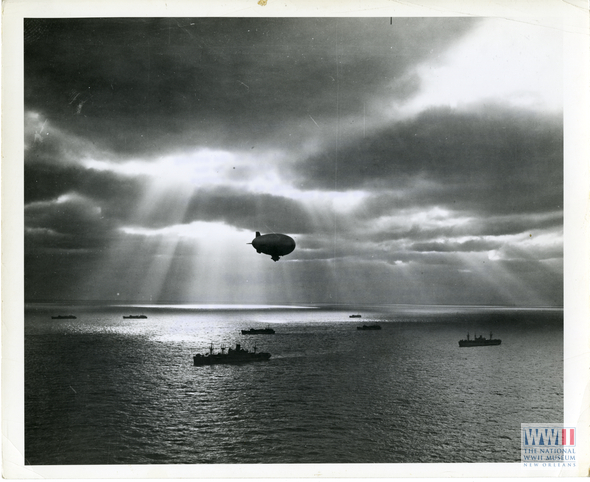 Finally, exchanges occurred throughout WWII history as well, from the large scale, such as the meeting of The Big Three – Roosevelt, Churchill and Stalin – at the week-long Yalta Conference which determined the end of WWII and the shape of the post-war world, to the individual, such as African-American serviceman Vernon Baker’s exchange with an prejudiced Army recruiter who at first refused his entry into the United States military based upon his race yet who later was awarded the Medal Of Honor, the highest award given by the United States Government for personal acts of valor above and beyond the call of duty. World War II is a rich and exciting time period in which to study the exploration, encounters and exchanges of The War That Changed The World  – both famous and infamous – as well as what these events continue to teach us about history today.

Also, for any Louisiana teachers and professors, historians, undergraduate and graduate students, museum professionals, or anyone with a love of history and community, we need your help to judge this year’s regional and state National History Day contests!  No prior experience necessary besides enthusiasm and interest in evaluating student work.  Please view our National History Day Judges Form to learn more.

Home Front Friday: Sew It Up! SciTech Tuesday: Two inventions save lives in WWII, but are later abandoned due to side effects