Home Front Friday: On the Radio

Home Front Friday is a regular series that highlights the can do spirit on the Home Front during WWII and illustrates how that spirit is still alive today!

Today, we surround ourselves with televisions, iPhones, iPads, and all the conveniences technology provides us. But during World War II, Americans relied primarily on the radio as their source of news and entertainment. People eagerly listened to reports on the fighting abroad, as well as increasingly patriotic music.

One might hear the lyrics of “Praise the Lord and Pass the Ammunition” and “Comin’ In on a Wing and a Prayer” over the speakers, fueling the fire of victory.

Radios allowed Americans to experience the war as much as possible from miles away. Legendary journalists like Edward R. Murrow captivated audiences with warfront reports. When big bands and entertainers performed for military bases, the programs were streamed to listeners all around the country. War-related storylines like that of Norman Corwin’s “Untitled” were incredibly stirring (and reminiscent of podcasts to come!).

At the World War II Museum, we’re lucky to have a collection of sheet music, including this gem called “Plant a Little Garden (In Your Own Back Yard)” that one might have heard on a home radio during wartime. 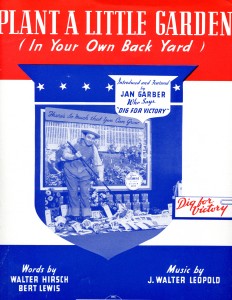 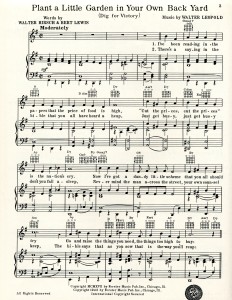 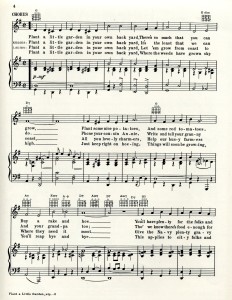 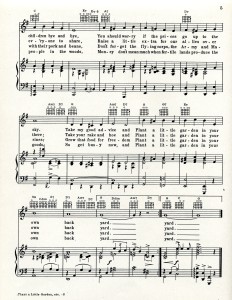