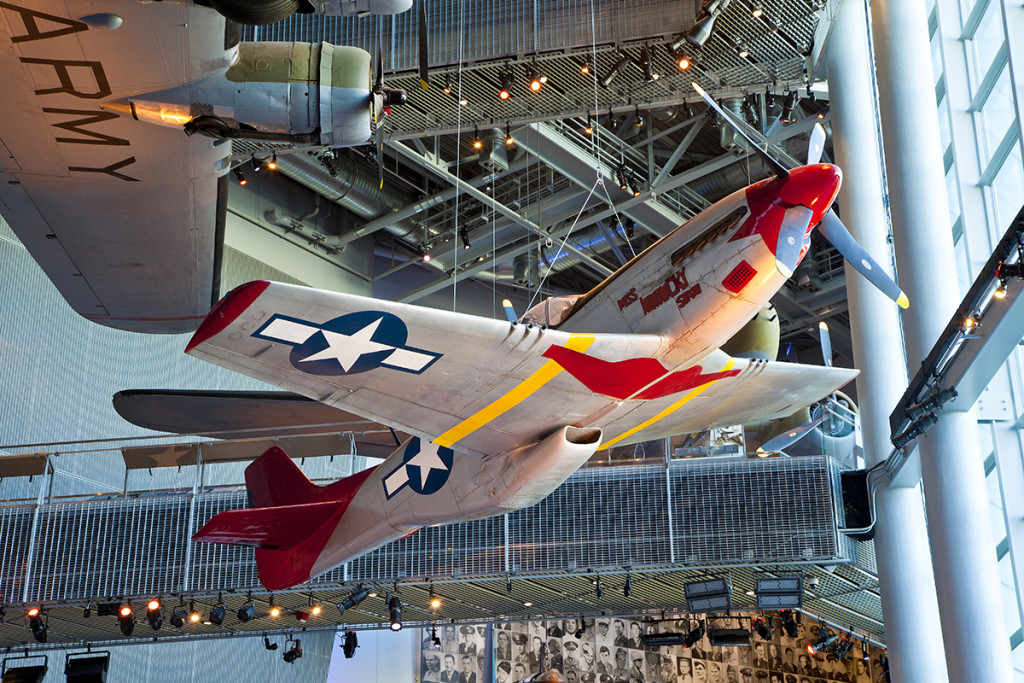 P-51 pilots shot down more than 4,950 enemy aircraft during World War II. With its combination of range, firepower, speed and maneuverability, the P-51 proved its worth as it escorted bombers, strafed targets on the ground and provided the Allies with all-purpose air support. The British Royal Air Force as well as the US Army Air Forces used the Mustang and many top aces flew the plane.

The pairing of the legendary Merlin engine and the P-51 Mustang eventually resulted in the P-51D, which provided the Army Air Forces with a high-altitude, long-range fighter that could escort heavy bombers to Berlin and back. More than 8,000 of this model were produced. Between 1941 and 1946, roughly 1,000 African American pilots were trained at a segregated air base in Tuskegee, Alabama. The most famous of the Tuskegee Airmen served in the 332nd Fighter Group, also known as the “Red Tails” for the distinctive markings of their planes. The Museum’s P-51 replica is painted in the markings of one of the aircraft flown by the Tuskegee squadron. An authentic P-51D is under restoration.

The acquisition of the Museum’s P-51 has been generously supported by the Ricketts Family. Todd Ricketts is a member of the Museum’s Board of Trustees, Chicago businessman and owner of the Chicago Cubs baseball team.