Laurence Shexnayder was born, one of eight children, on January 11, 1914 in the small town of Vacherie, Louisiana. Laurie was her school’s valedictorian and received a scholarship to college, but due to her family’s financial hardship, was unable to leave.  In 1943, unbeknownst to her family, Laurie volunteered for the WAVES (Women Accepted for Volunteer Emergency Services) without telling her family. She showed up at Easter dinner wearing her Navy uniform and said it was her “new Easter outfit.”

Laurie was stationed in Key West and Pensacola, Florida and then New Orleans in the Navy Procurement Office. She stayed in New Orleans after the war and married USAAF veteran, Silas Atkinson. She described the service years as “the best years of my life.” 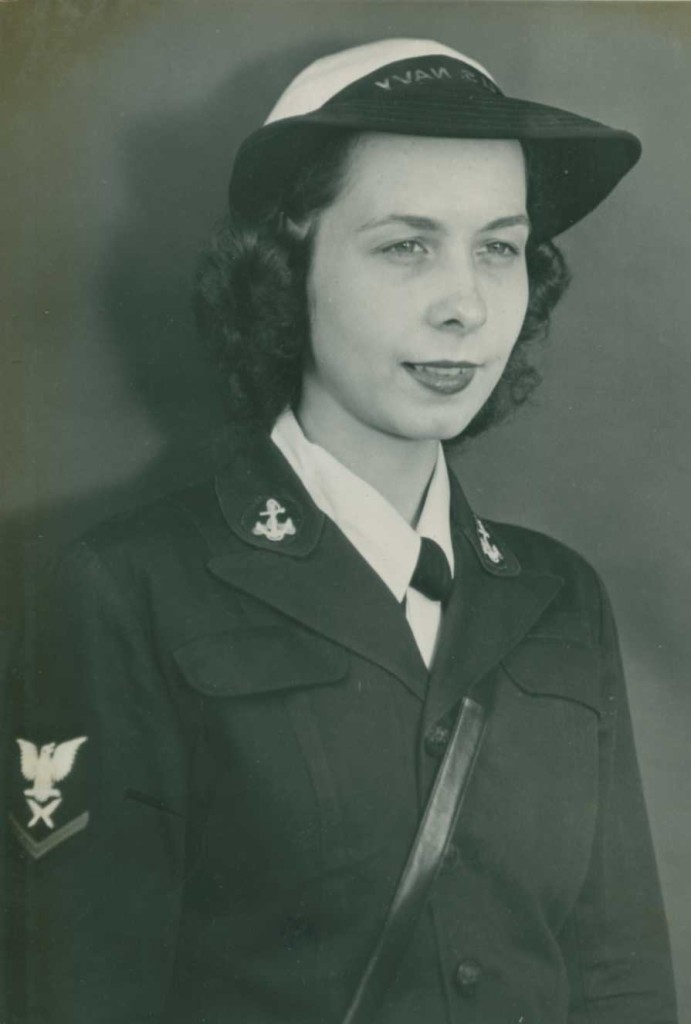