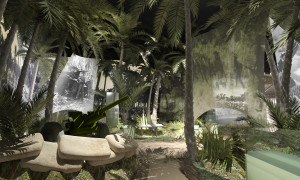 We are proud to present to you the Road to Tokyo, the second floor Pacific Theater Galleries scheduled for completion in December 2015. In combination with the first floor, the Road to Berlin, which opened in December 2014, the Campaigns of Courage Pavilion portrays the bravery, sacrifice, and sense of duty demonstrated by soldiers in each branch of the US military services in all campaigns of World War II.

For America, World War II began in the Pacific.  Although the nation’s attention had long been drawn to events in Europe, it was the Japanese attack on Pearl Harbor that officially brought America into World War II.  The Asia–Pacific Campaign builds on that galvanizing event, following the path that leads from Pearl Harbor to Tokyo Harbor by way of New Guinea and Southeast Asia, the Himalayas, Burma, and the islands of the Pacific.  Road to Tokyo will explore the evolving strategy for fighting in Asia and the Pacific, and the cultural differences and tremendous range of extreme conditions that confronted our soldiers. Galleries will include: The New Naval Warfare, Guadalcanal, Pacific Campaign Challenges, Island Hopping, China-Burma-India, Philippines, Death at Japan’s Doorstep, and Downfall.

All design for these galleries is now complete and exhibit construction has begun. In anticipation of these incredible exhibit spaces, and the completion of a major step in the Museum’s Capital Expansion, we would like to give you a sneak peek of the galleries and spotlight the generous donors who have made the construction of Road to Tokyo possible. 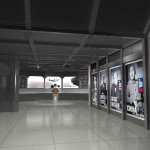 Briefing Room in Road to Tokyo 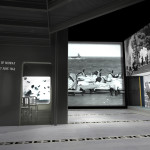 USS Enterprise in Road to Tokyo 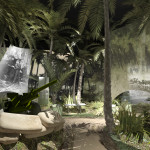 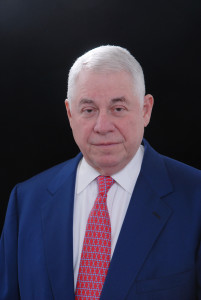 The Museum is immensely proud to highlight Board Chairman Richard C. Adkerson, who, together with his company, Freeport-McMoRan Copper & Gold Inc., pledged $5 million.  Mr. Adkerson’s gift honors the service of his father, a Seabee in the Pacific during WWII.  Freeport’s gift recognizes its large-scale mining operations in Papua, Indonesia on the island of New Guinea. Mr. Adkerson is the President, CEO & Vice Chairman of Freeport-McMoRan.

Adkerson’s parents came from small-farm families in Lauderdale County in west Tennessee. His father,  J.W. Adkerson, enlisted immediately after the attack on Pearl Harbor. He became a Marine and a Seabee, a support unit in the Navy best known for construction projects, and he served two tours in the South Pacific including on Guadalcanal, the Marshall Islands, the Caroline Islands and Guam.  His mother’s twin brother, William Lawton “Buddy” Thornley, served in the Army in New Guinea under General MacArthur.  Regrettably, both died during the early 1970s.  J.W. never talked much about the war, and never wanted to vacation at beaches. Years later, in his mother’s memorabilia collection, the younger Adkerson found a piece of a map of the South Pacific where his father had traced the places he had been during his two WWII tours. Richard Adkerson often landed en route to Indonesia on air strips constructed during WWII in Majuro in the Marshall Islands and Paulu in the Caroline Islands where his father once was – and these experiences would later influence his involvement with the Museum.

After graduating from Mississippi State University with highest honors, Mr. Adkerson began his career in New Orleans and, after living in Washington D.C., Houston and Chicago, Adkerson returned to New Orleans in 1989 to join Freeport-McMoRan. A few years later, Stephen Ambrose began speaking with executives at Freeport about early plans for the Museum. Adkerson expressed strong interest from the beginning. His favorite memory of the Museum is the opening on June 6, 2000, and the feeling he had watching the veterans in the parade through the streets of New Orleans and the warm, patriotic reception they so richly deserved. 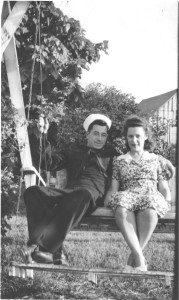 Museum President and CEO Gordon “Nick” Mueller and Trustee Donald “Boysie” Bollinger approached Adkerson about joining the board in 2002, and Adkerson enthusiastically agreed. That year the Museum’s annual Victory Ball gala fundraiser, of which Freeport was a sponsor, honored former US Secretary of State Henry Kissinger, a Freeport emeritus board member and close friend of Adkerson’s. Adkerson left the board in 2007 when Freeport moved its headquarters from New Orleans to Phoenix, but four years later Museum Trustee Governor Pete Wilson visited Adkerson and suggested that he re-join the Museum board. Adkerson accepted the invitation, and then in June of 2013 he became the Museum’s Board Chairman.

Adkerson felt that as he assumed the Chairman’s role, “it would be a good time for Freeport and myself personally to make gifts that would help the Museum move forward in achieving our goals and encourage others to participate as well.” Adkerson and Freeport decided to donate $5 million to name the Road to Tokyo. They felt this would fit naturally with his father’s involvement in the Pacific and Freeport’s current mining work in New Guinea.  In addition, Freeport’s predecessor company played a significant role on the Home Front by supplying copper materials during WWII.

With the help of this leadership gift, we will be able to tell the complete story of the war in the Pacific.  We extend our sincere thanks to Richard C. Adkerson and Freeport-McMoRan Copper & Gold Inc. for their commitment to the Museum’s essential mission.