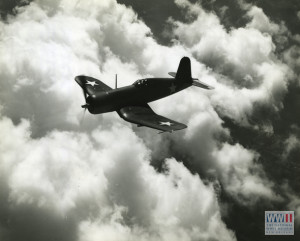 One of WWII’s most iconic “warbirds” was the Corsair, manufactured from 1942 until 1953, with more than over 12,000 planes produced. The carrier-based F4U Corsair was used by the US Navy and Marine Corps, particularly in the Pacific Theater campaign. On the Corsair’s maiden flight, she broke the speed record for a single-seat fighter aircraft by exceeding 400 mph in level flight.

Pratt & Whitney produced the R-2800-18W engines for the aircraft, producing up to 2,450 horsepower. The Vought F4U Corsair on permanent display in The National WWII Museum’s US Freedom Pavilion: The Boeing Center has been made possible through a generous gift by Pratt & Whitney. 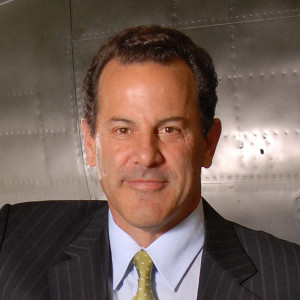 After learning of UTC’s support of the Museum, and his own reflections on the role Pratt & Whitney played in the war effort and its continued role in protecting the country’s freedom, David decided the Museum was a cause he would like to support.

Without question, Pratt & Whitney was instrumental in helping the United States win WWII. The company built almost half of all plane engines used during the war. The demand for airpower was so high that the company expanded from building 5,000 airplane engines a year to 50,000 at the height of the war. Employment at Pratt & Whitney soared from 3,000 individuals to 40,000. According to David, “It was a very exciting time for us.”

Since this surge of production was such a large part of the company’s history, David understood the importance of supporting the Museum, and became a member of the Board of Trustees. Although he has no personal family connection to WWII, his father was in the Navy ROTC in college and caught the tail end of the Korean War.

The sponsorship selection of the Vought F4U Corsair was a very deliberate choice by David and the company. Not only did Pratt & Whitney build the engine, but also the company that built the propellers (then called Hamilton Standard, today known as United Technologies Aerospace Systems) is also a member of United Technologies Corp. David states that most aerospace parts were built under United Technologies during that time, which speaks volumes to the major role the company played in the Allied victory. 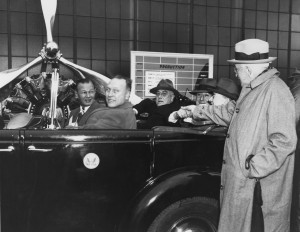 David notes that his relationship with the Museum is strengthened by the role of President Nick Mueller and his involvement in “taking the Museum from a sleepy little one, to one of the top Museums in the world.” He went on to say that Dr. Mueller’s passion and dedication is inspiring, and that his energy is a major force in making the Museum the first rate institution that it is. “The Museum is a wonderful cause and I support it because it is vitally important that today’s Americans, as well as generations to come, understand the importance of this chapter in history, and the cost of freedom.”

The Museum is exceptionally grateful for the commitment and generosity of David Hess and Pratt & Whitney in helping the Museum complete our Road to Victory capital expansion.