The 455-foot long Victory ship (VC2) was an enhancement of the design of the Liberty ship, complete with modifications enabling a higher speed.  The first Victory ship, the SS United Victory, was launched on February 28, 1944. Liberty ships tended to be named after prominent individuals, with any group who raised two million dollars able to suggest a name. The early Victory ships, however, were named for the Allied nations. After these, the next 218 were named after American cities, then 150 after educational institutions, and the rest received miscellaneous names. In addition, the Victory ships often had the word “Victory” in their title. A total of 534 Victory ships were built by six different shipyards by the end of 1946.

When these ships were christened and launched, they were often done so by individuals associated with the name. In the case of Liberty ships, those honored at the launches were people from the cities after which the ship was named. The SS Gretna Victory was named in honor of Gretna, Louisiana, which was a small town directly across the Mississippi River from New Orleans settled by German immigrants. The SS Gretna Victory was produced by Permanente Metals Corporation at their yard in Richmond, California. She was  launched on January 20, 1945. The launch was attended by an esteemed family from Gretna, the Bozzelle family. Mrs. Mary Bozzelle and her family were selected for the honor because she had eight children serving in the US Armed Forces.

The images presented appear courtesy of the Gretna Historical Society, whose collection includes this scrapbook devoted to the launch of the SS Gretna Victory, as well as the christening bottle used during the ceremony in January 1945. At the Museum, we scanned the images from the scrapbook and created a preservation copy, which we then shared with the Gretna Historical Society upon returning the original material. 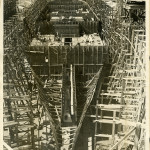 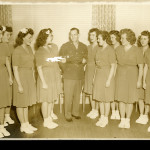 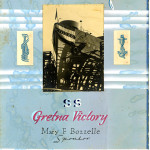 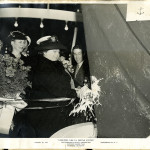 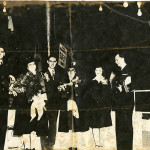 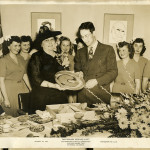 “It was so good to see your handwriting.” Audie Murphy: To Hell and Back