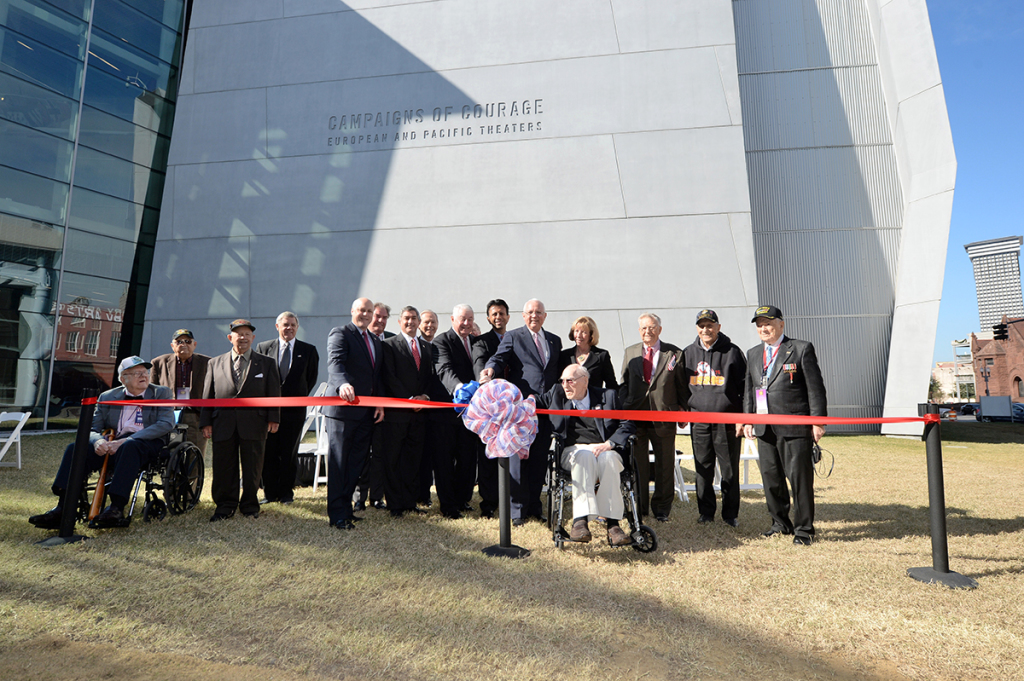 Last week, The National WWII Museum held a multi-day celebration, honoring the completion of the Road to Berlin: European Theater Galleries, the first floor of our newest pavilion, Campaigns of Courage: European and Pacific Theaters. The events were attended by WWII veterans and active duty military from all services branches, donors to the Museum’s Road to Victory capital campaign, Road to Berlin artifact donors, and student winners from National History Day, among others. The Grand Opening of this important milestone in the Museum’s capital expansion was generously sponsored by The Starr Foundation, CenturyLink, JetBlue, and Whitney Bank.

On Thursday evening, December 11, the Museum held a gala in the US Freedom Pavilion: The Boeing Center, where Tom Brokaw, broadcaster and Museum supporter, served as Master of Ceremonies for the event. Calling to the stage WWII veterans, Road to Berlin donors, and Museum board members, many spoke of the importance of the institution, their connection to WWII, and why they choose to support the expansion of the Museum campus.

Friday morning, December 12, served as the official Dedication and Ribbon Cutting ceremony, led by WDSU anchor Norman Robinson. We were fortunate to have Louisiana Governor Bobby Jindal, Mayor of New Orleans, Mitch Landrieu, and Lt. Governor Jay Dardenne speak at the ceremony, as well as other special guests from around the world. The ceremony concluded with a heartfelt speech by the daughter of the late WWII veteran Walt Ehlers, Cathy Ehlers-Metcalf, who generously bestowed upon the Museum Ehler’s Medal of Honor. We are honored to be able to display this important piece in the Museum and pay tribute to Ehler’s true courage and sacrifice. 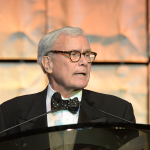 Tom Brokaw as Master of Ceremonies during the Museum's gala. 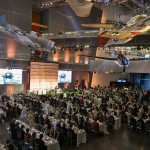 View of attendees in the Museum's US Freedom Pavilion: The Boeing Center during the gala. 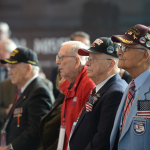 World War II veterans in attendance of the Road to Berlin opening ceremony on December 12, 2014.

The Museum is grateful for the commitment and generosity of The Starr Foundation, CenturyLink, JetBlue, and Whitney Bank, all of which made these events possible. The Museum would also like to thank again our Road to Berlin donors for their dedication to the Museum’s important mission:

Frank Denius and The Cain Foundation—Race Across France

The Starr Foundation—Battle of the Bulge